U.S. physicist David Wineland and France's Serge Haroche share the 2012 Nobel Prize in physics for doing what Mr. Wineland once described as a scientific parlour trick.

What they did was apply one of the most successful theories in physics – quantum mechanics, which for a century has governed the micro-world where even an atom looms large – to objects in the lab.

A physicist at the National Institute of Standards and Technology, part of the U.S. Commerce Department, Mr. Wineland was cited for trapping electrically-charged atoms, or ions, and controlling and measuring them with light particles, or photons.

Mr. Haroche of the College de France did similar work.

In the quantum world discovered by Niels Bohr, Erwin Schroedinger and other giants of early 20th-century physics, tiny objects such as electrons can be in two places at once, and can behave as a particle one moment and as a wave the next, depending on how an observer tries to measure it.

In other words, the mere act of observation determines which form they take and even what reality is.

That, of course, does not describe the macro-world of bigger objects that people experience on a day-to-day basis. A key to Mr. Wineland and Mr. Haroche's achievements was getting "quantum weirdness" to show its face in the macro-world.

Mr. Wineland has described his own experiment as making "a nano-version of a marble rolling back and forth in a bowl and being on the right side and the left side simultaneously."

In one seminal experiment, he and his team hit atoms – which are huge by quantum standards – with laser light. After a while, the atom would absorb a photon, or light particle, and move. If the scientists turned off the light sooner, the atom remained where it was.

If they shined the beam for the right amount of time, the atom would have a 50-50 chance of moving. In quantum mechanics, this 50-50 chance is called a "superposition," and is best known from the whimsical example, named for the Austrian physicist Mr. Schroedinger, of an imaginary cat.

Imagine that a cat is locked in a box with a radioactive atom, Mr. Schroedinger said, and that the atom has a 50-50 chance of decaying in one minute. If it decays, it emits a particle that hits a vial of cyanide and releases the poisonous gas, killing the cat.

After a minute has passed, is kitty alive or dead? According to "superposition," the atom is in a combined state of intact and decayed, and so is kitty – in a superposition of alive and dead. Only when an observer looks into the box does one of the possibilities – alive or dead – become reality.

Superposition was supposed to exist only in a quantum world inaccessible to real-world experiments.

Mr. Wineland achieved it in the lab. When he hit the atom with half of the light needed to move it, it was simultaneously immobile and in motion, until eventually it was in two locations, 80 nanometers (billionths of a meter) apart, at the same time.

How did the scientists know this? Each version of the atom interfered with the other in a measurable way.

The work holds the promise of leading to such new technologies as quantum computers, which would make a conventional laptop look like an abacus in terms of power and speed.

They would overcome the rapidly approaching limits of miniaturisation in silicon-based components by allowing transistors – which can either be on or off in existing machines – the ability to be both on and off at the same time, just as Mr. Schroedinger's cat is simultaneously alive and dead. In theory, at least, this would vastly increase the speed at which they carry out calculations.

Imagine a travelling salesman working out the shortest route around town. A traditional computer would try every possible route in sequence and then choose the shortest. A quantum computer would be able to do the calculation in one step.

A quantum computer for your desk, much less your mobile phone, is still many years away: in Mr. Wineland's laboratory in Boulder, Colorado, electrically charged atoms or ions are kept inside a trap by surrounding them with electric fields. The particles are isolated from the heat and radiation in their environment by performing the experiments in vacuum at extremely low temperatures.

But some of the materials needed to build quantum devices have already been synthesised.

In the past Mr. Wineland has called his experiments "a kind of quantum parlour trick." But they rely on the same superposition of particles that the giants of quantum mechanics posited, that Mr. Schroedinger explained in a way everyone could grasp, and that Mr. Wineland and Mr. Haroche made real. 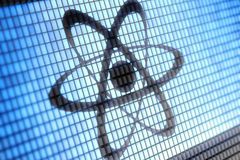 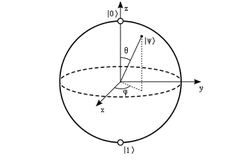