North America has more than a billion fewer birds than it did 40 years ago, with the snowy owl and the chimney swift just two of the better-known species in dramatic decline across the continent, a recent survey has found.

The Partners In Flight report concludes that urbanization, growth in agriculture and possibly even climate change have driven the decline in North American landbird populations, a category that excludes ducks and other waterfowl.

The total number of continental landbirds stands at about 10 billion, down from about 11.5 billion in 1970. The study's authors – a range of academic, activist and government bodies in Canada and the United States – list 86 of North America's roughly 450 breeding species as vulnerable, with some populations expected to be halved in a matter of decades.

"I don't want my grandchild to go out in the forest and not hear the songbirds in the spring, and that seems to be where we're headed right now," said Andrew Couturier, senior analyst at Bird Studies Canada and a co-author of the report, which was released in August.

As "North America's bird nursery," Canada has an added responsibility to conserve habitat, Mr. Couturier said. A majority of the continent's birds are hatched here, before migrating south.

Keeping forests musical is not the only reason healthy bird populations are important, he notes. The creatures also provide "ecosystem services" such as pollination and insect control.

And birds are often a bellwether of broader ecological health, said Judith Kennedy, head of the migratory bird conservation unit at Environment and Climate Change Canada, and a co-author of the report. She noted that sickly birds were an early warning sign of the environmental damage caused by the pesticide DDT a generation ago.

By that score, North Americans have cause for concern. Dozens of species lost more than 50 per cent of their populations between 1970 and 2014, from the obscure (Sprague's pipit, the oak titmouse, the bobolink) to the familiar. Snowy owl populations, for example, fell 64 per cent in that time.

Even relatively abundant birds are dwindling in number, the report says. Chimney swifts, field sparrows and short-eared owls are among the common species that have lost more than half of their populations since 1970 and are expected to lose half of their current level in 40 years or less.

Two groups of birds have been especially affected: grasslands species, which have been hurt by the conversion of their habitat into farmland, and insect eaters such as swallows and flycatchers, whose decline is less obvious but may be a result of falling insect populations related to pesticide use.

Human activity kills billions of birds a year, the report notes. Collisions with power lines, buildings and vehicles account for about 900 million bird deaths annually in Canada and the United States, while domesticated and feral cats kill another 2.6 billion – or about a quarter of the landbird population.

Loss of habitat to urban sprawl, farming and forestry is arguably an even bigger driver of long-term decline in bird populations, Ms. Kennedy said. Because of migration south, that is an international problem – the cultivation techniques of coffee planters in Colombia can affect songbird flocks in Ontario, she noted.

The work of conservationists across national lines is one of the good news stories for birds in the past decade.

"We do have such partnerships in place that we didn't have in 2004," Ms. Kennedy said. "I think we do work in a more co-ordinated fashion internationally now."

Closer to home, she said, bird-lovers should press politicians to replicate past victories, such as the huge reduction in hunting of waterfowl.

"It's not all doom and gloom."

The fight to save Echo Lake’s old trees and wildlife has begun
July 10, 2016 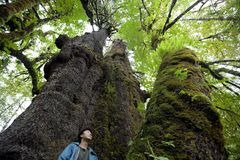 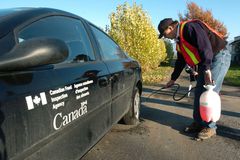