For the first time, a group of Canadian and international researchers has identified and photographed the most prolific predator known. It is a denizen of the ocean depths – a creature so stealthy and mysterious that scientists were only recently alerted to its presence.

Of course, when you are one hundredth the size of a pinhead and mostly transparent, it is easier to keep a low profile. But researchers say the broad class of single-celled microbes known as diplonemids have proven to be so unexpectedly plentiful that they are likely a primary cog in the vast, interconnected machinery of life in the global ocean, even though we are only now waking up to this fact.

"They're not the kind of things that jump out at you," said Patrick Keeling, an evolutionary microbiologist at the University of British Columbia whose team managed to capture the elusive organisms. "In the microbial world, we're still very much in this Victorian naturalist phase in which we really don't know what's out there."

This is not the first time scientists have been surprised by the abundance of a marine microorganism that was previously unknown or thought to be insignificant, but those surprises have largely come from bacteria and viruses.

In contrast, diplonemids are classified as eukaryotes. Although single-celled, they are bigger and more complex than bacteria and more closely related to multicellular lifeforms that include animals and plants. Their name was coined a century ago, but initially applied to freshwater varieties that were thought to be relatively rare and ecologically unimportant. More recently, their genetics have been studied by researchers at the University of Montreal.

Fragments of diplonemid DNA that showed up in samples of seawater tipped scientists off to the existence of ocean-dwelling members of the group. The recognition was long in coming. Diplonemids turn out to have massive genomes that do not closely resemble those of other microorganisms. They typically slipped through genetic surveys of ocean diversity that used familiar DNA sequences as targets to identify and quantify microbial species. Even when their DNA was finally recognized, no one knew what they looked looked like.

Noriko Okamoto, a member of Dr. Keeling's team, managed to track down living examples of diplonemids during a pair of research expeditions run by the Monterey Bay Aquarium off the coast of California in 2013 and 2014. Fighting seasickness and having to rebuild a microscope that Department of Homeland Security inspectors had disassembled at the U.S. border, she scooped up samples of seawater from deep below the ocean's surface and isolated anything that looked like it was not algae. Hundreds of unknown organisms were photographed, and their genes later sequenced at UBC using state-of-the-art techniques.

"That was pretty challenging," said Dr. Keeling, who heads a program on microbial biodiveristy for the Canadian Institute for Advanced Research. "When you've only got one cell, you've got exactly one copy of its genome."

In the end, a large fraction of the organisms turned out to be different kinds of diplonemids. Results from the UBC team, and parallel work by a group based in the Czech Republic, show they are more diverse than any other eukaryotes in the ocean, and perhaps the principle consumers of smaller organisms such as algae – a central position in the ocean food chain that effectively makes them more important than all visible sea creatures, from sardines to whales, combined.

The revelation is "truly a stunning finding," said Julius Lukes, a molecular biologist with the Czech Academy of Sciences in Prague and a co-author on both studies, which were published Monday in the journal Current Biology.

John Archibald, an expert in microbial genomics at Dalhousie University, who was not a part of either study, offered a similar assessment of the apparent significance of diplonemids.

"They must play a huge role," he said, adding that the work was a further step toward understanding the detailed workings of the biosphere on which all human life depends and anticipating its response to global change. 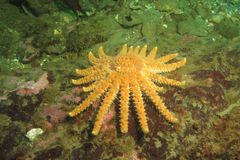 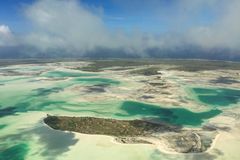