If you have been wondering when global warming will show up on your doorstep, Camilo Mora has an answer for you.

Dr. Mora, an associate professor at the University of Hawaii at Manoa, leads a team that tackled the challenging question of when the climate will shift entirely beyond what could be considered natural.

Their projection: The turning point arrives in 2047 as a worldwide average if fossil fuel consumption continues unabated; as late as 2069 if carbon emissions are curbed. City by city, the numbers are a bit more revealing. In Montreal, for example, the new normal will arrive in 2046, and for Vancouver not until 2056. But the real spotlight of Dr. Mora's study is the tropics, where profound changes could be entrenched in little more than a decade.

"By looking at timing, we've come up with an entirely new set of implications on climate change," Dr. Mora said.

Dr. Mora is not a climate scientist but an expert on pulling hidden information from huge amounts of data – a skill he honed during six years at Dalhousie University in Halifax working with the likes of the late Ransom Myers. Dr. Myers' number crunching skills turned the plight of the world's fish into headline news in 2003.

Ten years later, Dr. Mora is following in his mentor's footsteps with a study that seems certain to grab attention.

"I want to let the numbers do the talking," he said.

Climate scientists have long expressed high confidence the planet is warming as a result of the heat-trapping action of greenhouse gasses. The latest assessment from the UN's Intergovernmental Panel on Climate Change puts that probability at 95 per cent. Scientists have been less confident on the timing. Different models show the global temperatures rising at different rates, and the hundreds of scientists behind the IPCC assessment cannot say which model is the best predictor of what actually happens this century.

Starting with an idea that came out of a course he taught last spring, Dr. Mora decided to address the gap.

His team combined data from all 39 currently available global climate models and went back nearly 150 years to see what the range of normal climate variability was in that time period.

"We looked at the minimum and maximum values that occurred in that 150-year window, and that's how we set our bounds of recent historical variability," said Ryan Longman, a doctoral student who worked on the analysis, published on Wednesday in the journal Nature.

Then the team tracked the combined predictions of the models forward at different points on the globe to see when they drifted out of their normal range. Once the coldest year at any location was consistently projected to be warmer than the hottest year before 2005, the team considered the climate to have changed completely. The dates vary by location and depend on the emissions scenario.

The results are estimates and only as accurate as the models the team analyzed. But researchers call the approach an arresting way to think about climate change in concrete terms.

"I think this analysis is valuable and sheds new light on impacts," Jane Lubchenco, former administrator of the U.S. National Oceanic and Atmospheric Administration, said in an e-mail.

Dr. Lubchenco, who was not involved in the study, returned to academic research at Oregon State University earlier this year. She said of Dr. Mora's team: "No one has gone to the immense effort they did to really look critically at the data from so many places and over the entire period of time for which records are reliable."

The key finding, Dr. Mora said, is that tropical locations will leave the range of normal climate variability much sooner because their range of temperature and precipitation levels is typically narrow. Dr. Mora said species there are not well adapted to living outside those ranges. Similarly, cities and nations on Earth's equator are among the poorest and least equipped to deal with the health and environmental burden of climate change.

"Today, when people talk about climate change, the images that come to mind are melting ice and polar bears," Dr. Mora said. "People might infer from this that the tropics will be less affected."

He said the new analysis indicates tropical species and ecosystems would soon experience "unprecedented climate stress." The trend also goes for marine ecosystems, with the study showing that ocean acidification has already departed from the normal range, with a disastrous outlook for coral reefs.

Ken Caldeira, an expert in global ecology at the Carnegie Institution in Stanford, Calif., added that while the timing and global breakdown from Dr. Mora's analysis represent solid science, what matters more is the response.

"Whether an ecosystem goes a decade or two earlier or later doesn't really matter that much," Dr. Caldeira said. "We must stop using the atmosphere as a waste dump for our greenhouse-gas pollution. Everything else is nuance." 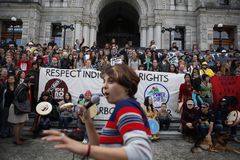 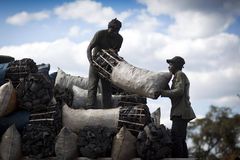 Facts & Arguments
Talking points: Under the supervolcano, why bugs hate storms and a new kind of anthropoid
October 6, 2013 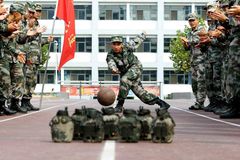