In the 1970s, fed up with government bureaucracy, the Princeton University physicist and space advocate Gerard K. O'Neill became convinced that free enterprise was the key to extending humanity's presence beyond Earth.

Now, as a flurry of newly formed companies unveil plans to mine the moon and asteroids, and a non-profit foundation seeks to launch humans to Mars, Dr. O'Neill's entrepreneurial vision as well as a big dose of Silicon Valley wealth looms large behind it all.

"It's the expansion of the economic sphere outward to where the resources are," said Bob Richards, co-founder and CEO of Moon Express, a Bay Area company that seeks to place the first privately financed lander on the moon.

Mr. Richards left Canada in 2009, discouraged by a lack of momentum in a space industry reliant on government contracts, but still dreaming about the Apollo moon landings that inspired his interest in space. After spending time among California's venture capitalists, he realized he had arrived at the right place at the right time.

"I found the tribe that can do this and I never left," said Mr. Richards, who spoke in Toronto on Thursday at a conference on commercial space development.

Prominent among Mr. Richards's tribe are some of the region's high-tech billionaires, enthusiastic fans of space exploration whose financial clout is like a blast of oxygen to the flickering torch of the post-Apollo generation. Mr. Richards, who launched Moon Express in 2010, counts former Microsoft executive Naveen Jain among his partners. Another recently formed company, Planetary Resources of Seattle, which seeks to extract the mineral wealth of near-Earth asteroids, is backed in part by Eric Schmidt Jr. and Larry Page of Google.

Industry watchers say the trend was already evident a few years ago with the capital that wealthy investors like Virgin Group chairman Richard Branson and Amazon CEO Jeff Bezos poured into ventures looking to ferry tourists into low Earth orbit. But the real watershed moment may have come last May, when PayPal founder Elon Musk, who heads the aerospace company Space X, saw his Dragon capsule become the first private spacecraft to dock with the International Space Station.

"These guys get it," said Rick Tumlinson of Deep Space Industries, a Houston based company that in January unveiled its own plans to develop asteroids commercially.

The difference between SpaceX and the latest round of ventures is that while flights to low Earth orbit are supported by a U.S. administration that is looking to private contractors to step into the gap created by the retirement of the space shuttles, the business case for commercial activity in deep space has yet to be put to the test. This is why the backing of the tech titans who made a profitable industry out of the Internet has become crucial to the next wave of space development.

"These are people who can walk the walk, from a business perspective," Mr. Tumlinson said, adding: "We are selling a vision, but unless we can support it with a viable business case, no one is going to work with us."

There is no shortage of skeptics who point to the high cost of missions to the moon and asteroids, which so far have been mounted only by government space agencies, and cast doubt on a profitable return. Mr. Richards and others counter that a revolution in space technology, some of it developed for military purposes and now working its way into the commercial sphere, has changed the equation. Once jump-started by an initial boost of private funding, they say, a fledgling space resource economy will become self-sustaining.

If so, scientists are among those who could stand to gain, by hitching low-cost rides for their instruments on the wave of survey craft and moon landers that is expected to start fanning out to distant targets over the next decade.

"The main benefit will be cheaper and more frequent access to space," said Sara Seager, an astrophysicist at the Massachusetts Institute of Technology who also advises Planetary Resources. As to whether the industry has reached a turning point on the road to an O'Neillean future,"We'll have to see," Prof. Seager said. "But if there's a will, there's a way. And if there is brain power, and capital."

Doing it their way

Private ventures that have recently publicized plans to operate beyond Earth's orbit:

August, 2010: Moon Express announces plans to launch a series of robotic lunar missions "focused on opening up the resources of the Moon for the benefit of humanity."

April, 2012:Planetary Resources announces plans to mine asteroids, "bringing the natural resources of space within humanity's economic sphere of influence."

January, 2013:Deep Space Industries announces it is "building a team with the skills to turn raw asteroids into valuable products." 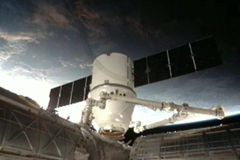 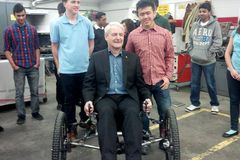