This week, a new magazine will hit mailboxes across North America. It's called Nautilus Quarterly, the print companion to a website of the same name – and it's one of the latest and most ambitious attempts to change the way we think about science.

The online magazine made its debut last April, with an approach and a design aesthetic that is more literary salon than lab bench. Instead of packaging science in bite-sized chunks like media fast food, Nautilus aims at something like a multicourse meal for the mind by exploring a single theme every month.

"The unlikely," for example. Or, this month, "fame," including an opening essay by Stanford University neurobiologist Robert Sapolsky on the origin of celebrity.

"We were confident that science was an important part of what was happening in society but didn't seem to fit into the broadest conversations," editor-in-chief Michael Segal says of the decision to launch Nautilus. "We wanted to move science into those broad conversations."

It's a growing trend. The London-based Aeonmagazine.com – which posts essays under loose headings such as "Nature and Cosmos" or "Being Human" by scientists as well as journalists – celebrates its first anniversary this month. Readmatter.com publishes long-form science reporting on topics ranging from the battle for King Tut's DNA to a biological take on violent communities. And Ideasroadshow.com, launched last spring by Howard Burton, former executive director of the Perimeter Institute in Waterloo, Ont., posts one-on-one interviews with deep thinkers. The latest features cognitive scientist John Duncan of Cambridge University on the nature of intelligence.

While some of these sites don't advertise themselves as covering science with a capital "S," all of them take a science-aware stance, even when stories range into history, the arts and social issues.

In that sense, they stand at the vanguard of a new and richer approach to science, one that is more immersive and thoughtful, and that sees science as a creative act rather than a mechanical algorithm we apply to generate facts.

"We don't think that science is the only game in town," says Aeon's editor, Brigid Hains, "but we believe it's one of the most important games."

For Tom Hayden, the San Francisco-based co-editor of The Science Writers' Handbook, the trend represents a wider cultural "permissioning" around who can write about science and how. He points not only to the idea "that science is suitable material for literary and narrative treatment" but that scientists themselves can write to a wider audience.

Some readers may see all this as a revival of an earlier generation of print publications, most notably The Sciences, the much-mourned magazine of the New York Academy of Sciences that was known for its blend of science and fine art before it vanished from newsstands in 2001, or the glam SEED magazine, which pulled in cultural nomads such as musician David Byrne and documentary filmmaker Errol Morris alongside high-profile scientists.

Both The Sciences, launched in 1961, and SEED, launched in 2001, channelled a desire to step back from breathtaking changes of perspective driven by science – during the space race and the initial burst of the information revolution, respectively.

If so, rapid developments in genomics and an unprecedented ability to probe the stuff of life and consciousness may be helping to drive another step-back moment.

Still, the unhappy fate of earlier magazines raise an obvious question about whether the current wave of "literary" science can sustain itself. Dr. Segal confirms that Nautilus has the resources, care of a grant from the Templeton Foundation, to keep publishing for at least two years, but is aiming to become financially independent. Dr. Hains says Aeon has financing for "several years" which it hopes to use to build a sustaining audience.

Mr. Hayden is cautiously optimistic. "My hunch is that there is an audience out there," he says, "but it may be in the same sense that there's an audience for classical music."

Dr. Segal, who admits that Nautilus was driven first by personal interest rather than market research, says he and his colleagues are encouraged by the response they have received.

He says one of the biggest surprises has been how much uptake there has been for some of the more challenging pieces Nautilus has run on topics in math and physics.

"We thought they were strong, but didn't expect them to get much traffic," he says. "The lesson was that readers are hungry for hard science pieces, well explained." 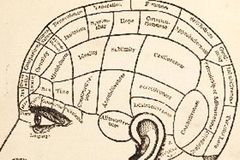 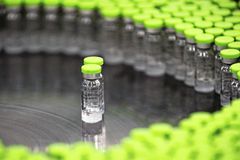 Researchers can guess your dream man and other science news
April 7, 2013 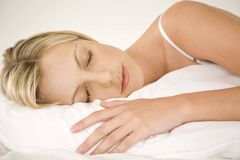