Last weekend at Garrison Bespoke, an upscale tailor shop in Toronto, a potentially lethal scene was unfolding in the back room, where employees were taking turns trying to stab Michael Nguyen, Garrison's co-owner, with a hunting knife.

Surprisingly, Mr. Nguyen remained unscathed, thanks to the Donegal tweed vest he was wearing – part of a hand-tailored three-piece "bulletproof" suit – which he believes is the first of its kind produced in Canada – that Garrison's is unveiling to members of the media on Tuesday at the Ajax Rod and Gun Club.

There, invitees will be encouraged to fire off a few rounds from a semi-automatic pistol at a bust form dressed in the tweed vest and a matching two-button jacket and trousers (a navy pinstriped three-piece will also be on site), which, according to Mr. Nguyen and David Tran, Garrison's head of marketing, will be able to stop a speeding bullet.

Garrison's tailors have lined the vest and suit jacket with several ultrathin sheets of carbon nanotubes: a state-of-the-art puncture-proof and bullet-resistant material Mr. Tran sourced online through a company that has provided anti-ballistic gear for the U.S. Army Special Forces. (The manufacturer agreed to work with Garrison's so long as it remains anonymous.)

Created by scientists through manipulating carbon atoms into tube-like shapes, carbon nanotubes can be woven into fibres or sheets like the ones used in the lining of Garrison's suit, which were so strong the shop's tailors had to cut them with a band saw. They provide a level of protection against bullets that is far superior to that of Kevlar, and are said to cause less bruising than other materials when hit by a bullet.

Carbon nanotubes are 50 per cent lighter than Kevlar and 30 times stronger than steel, which is why they are increasingly being used to make more streamlined protective gear for military and security professionals, not to mention politicians – U.S. President Barack Obama was rumoured to have worn an overcoat and suit incorporating carbon nanotubes during his first inauguration.

Around that time, Mr. Nguyen became convinced Toronto would have a market for inconspicuously armoured business attire when one of Garrison's clients, a cosmetics-company executive, was assassinated in the Philippines.

"Many of our customers work in finance, mining and oil, and are often travelling to dangerous parts of certain countries," Mr. Nguyen said. "They could dress in casual clothes to not stand out, but they wear suits to make a good impression and be taken seriously. It only makes sense that they should have access to one that will make them look professional, but also feel safe."

A client of Garrison's who is considering investing in one of the shop's bullet-resistant suits is Maxwell Morgan, CEO of Aramor Payments, an electronic-payments provider serving e-commerce companies worldwide. "I'm married with three children, so I'm always concerned about getting home [from work trips] safely," said Mr. Morgan, who, unlike some high-powered executives, does not travel with security staff. In the coming months, he will travel for business to Africa and Colombia. "I don't like the idea of wearing a heavy bulletproof vest, but a jacket that fits like a glove and is made with military-grade material that's stronger than Kevlar – why not?" he said.

Colombia is the birthplace of the self-described Armani of bulletproof apparel, Miguel Caballero. Since the early 1990s, the company has outfitted clients, including the late Venezuelan president Hugo Chavez, several Middle Eastern princes, and retired action star Steven Seagal, with not only lightweight armoured suits, but fashionable windbreakers, dress shirts and even a kimono – a special order for Mr. Seagal – crafted from a textile that the Colombian designer has kept secret over the years.

Miguel Caballero's wares, however, do not come cheap. A polo top that is able to stop a close-range shot from a 9-mm handgun costs about $800 (U.S.). A three-piece from Garrison's starts at $20,000.

But what sort of protection does that amount of money guarantee?

"That depends a lot on the weapon being used," said Ronald R. Scott, a firearms and ballistics expert based in Tucson, Ariz. "A bullet-resistant suit probably wouldn't offer much protection from multiple rounds from a machine gun, but it would offer some safety from a 9-mm bullet, knife attack or even fragmented glass and metal from an explosion."

Safety is not actually a factor for several of Garrison's more extravagant clients, who have already ordered the $20,000 suit. "Certain customers might never actually wear a Garrison bulletproof suit, but they still want to own one," Mr. Nguyen said. "It's kind of like the guys who buy cars with a 1,000 horsepower engine … [that] never leaves the garage." 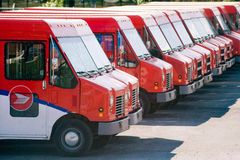