For Toronto psychologist Oshin Vartanian, it's not enough to say beauty is in the eye of the beholder – the beholder's brain is his area of interest.

Dr. Vartanian is at the forefront of the burgeoning field of neuroaesthetics, which seeks to apply the rigour of neuroscience to understanding artistic disciplines such as visual arts, dance, music, architecture and design – and to learn more about how the brain processes beauty. Over the past decade, researchers have shed light both on what parts of the brain are involved when we create art (for instance, what areas light up when a jazz musician is improvising), and which parts are active when we are moved by music or a painting.

Dr. Vartanian, an adjunct assistant professor at the University of Toronto-Scarborough, is focusing on architecture and design – he hopes a greater understanding of how and why we respond to features in the buildings in which we live, work, study and visit will help shape the design of spaces more suited to particular functions, like teamwork or creative thinking.

"We want to understand how principles that govern the creation of art are related to its perception," he says. "Neural evidence may ultimately prove useful in bridging this gap."

In an experiment carried out this summer with colleagues in Spain, he scanned the brains of volunteers while they looked at images culled from the files of Danish architects. Some of the rooms had high ceilings, others had low; some had curvy lines, others were square or rectangular. The participants appraised each one, deciding if it was beautiful and, given the choice, if they would enter.

Previous studies suggest that our response to music and visual art may be rooted in the amygdala, an almond-shaped region of the brain that helps us react to potentially dangerous situations. An area called the orbitofrontal cortex that's activated by pleasant smells or tastes – like freshly baked bread – is turned on when we enjoy paintings or music. So is the anterior insula, an area frequently activated by visceral emotional experiences.

Dr. Vartanian and his colleagues want to know if the same processes are at work in the perception of architecture and design.

They are still analyzing the results from the experiment, which builds on earlier work that suggests people prefer high ceilings to low ones, that they feel more creative and comfortable with more space above their heads. There is also evidence that square objects are more likely to activate the amygdala than round ones. This may be because our brains react to environments with sharp or jagged edges as a potential danger, he says.

"Evolutionarily, there is probably something that signals danger when you look at sharp objects, and this is what activates the amygdala. We wanted to look at features that would influence whether someone wants to approach or avoid a space."

Some critics have dismissed neuroaesthetics as an attempt to reduce art to a biological reaction, or as too simplistic an approach to understanding something so complex. Alva Noë, a professor of philosophy at City University of New York, has argued that "neuroscience, which looks at events in the brains of individual people and can do no more than describe and analyze them, may just be the wrong kind of empirical science for understanding art."

But Anjan Chatterjee, a professor of neurology at the University of Pennsylvania collaborating with Dr. Vartanian, says neuroscience could help us understand how sensation, emotions and meaning interact in the perception of beauty and art. "What kind of sensory processing is involved in configurations we find attractive? What is the emotional response to this? How does knowledge about something influence our pleasures?" he asks.

Ralf Weber, a German architect who helped organize a conference in Germany in 2010 aimed at bringing designers and researchers together, says scientists long to be accepted by the world of artists and designers.

"Aestheticians believe that the work of the artist or designer might profit from the scientists' insight into the mind of the audience, and allow one to reach a deeper understanding of the eternal principles of good design and beautiful art which theorists have been promoting for centuries," Dr. Weber says. "Artists and designers, on the other hand, often view the results as a form of interference in their creativity." 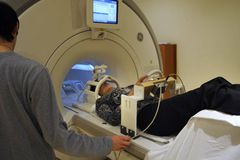 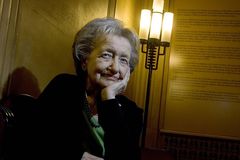 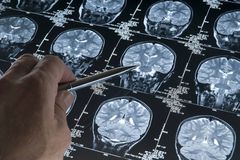