A group of 14 senior researchers in life sciences, physics and mathematics are the big winners of this year's Breakthrough Prize, the most lucrative science prize on the planet. Six younger researchers have also been recognized with a "New Horizons" prize for early career achievements in physics and math.

The winners, some of whom will receive up to $3-million (U.S.) in cash, were announced Sunday night at an Oscars-style gala ceremony in Palo Alto, Calif., hosted by actor Morgan Freeman. A total of $25-million was awarded at the ceremony, the largest collective pot yet for the annual prizes, which were launched in 2012 by Russian entrepreneur Yuri Milner with support from Facebook CEO Mark Zuckerberg and Google co-founder Sergey Brin, among other Silicon Valley luminaries.

Among the younger winners is Asimina Arvanitaki, a physicist at the Perimeter Institute in Waterloo, Ont., who has championed the development of relatively inexpensive experiments to test some of the most fundamental ideas in physics.

"I hope it will bring attention to some research that is relatively new and that very few people in the field are aware of," said Dr. Arvanitaki, a 36-year old rising star in the male-dominated world of theoretical physics who joked that the prize ceremony would be "the first time in my life that I've worn a gown."

Dr. Arvanitaki's share of the New Horizons prize will amount to just over $30,000, enough, she said to feel a sense of responsibility to make good on the opportunity to advance human knowledge.

Among the more senior recipients, the prizes become rather more stratospheric.

Three physicists, Joseph Polchinski of the University of California, Santa Barbara, and Andrew Strominger and Cumrun Vafa of Harvard University will each win $1-million for their joint work on quantum field theory, string theory and quantum gravity. An additional $1-million will be shared by Ronald Drever, Kip Thorne and Rainer Weiss, the three physicists who led the development of the massive LIGO experiment that this year famously reported the first direct detection of gravitational waves.

In the life sciences category, the winners comprise an impressive array of leading figures including: Stephen Elledge of Harvard medical school who discovered how cells sense and respond to damaged DNA, Harry Noller of the University of California, Santa Cruz, who worked out key details in protein synthesis that explain how antibiotics work against bacteria, Roeland Nusse of Stanford University, who led work on a process that allows cells to exchange information, Yoshinori Ohsumi of the Tokyo Institute of Technology, this year's Nobel Prize winner in Medicine or Physiology, for his work on how cells recycle inessential and damaged components, and Huda Zoghbi, who discovered the genetic basis for Rett syndrome, a finding that has produced important insights related to neurodegenerative diseases.

Each of the life scientists wins $3-million as does Jean Bourgain, a Princeton University mathematician who has made numerous key contributions to areas such as high-dimensional geometry and number theory.

Mr. Milner said the value of each Breakthrough Prize (more than double that of a Nobel) as well as the celebrity treatment accorded the winners is meant to be an attention getter to help demonstrate why basic research needs support.

"The biggest supporter of fundamental research is always government," Mr. Milner said. "And yet I have seen a lack of enthusiasm [for science] as far as the general public goes."

Mr. Milner noted that scientists are rarely included among lists of the world's top celebrities, a lack of attention that is disproportionate to the role that science plays in human well-being and in our understanding of the world we live in.

He praised other high-tech philanthropists known for their contributions to research, including former Microsoft CEO Bill Gates and hedge fund manager James Simons, both of whom he named as role models that he looked to when he was establishing the Breakthrough Prize. His other philanthropic efforts include funding for the search for extraterrestrial intelligence and concept studies that could lead to the launch of interstellar probes.

Mr. Milner had warm words for Canadian entrepreneur and Perimeter Institute founder Michael Lazaridis, noting that scientists at the Waterloo think tank have now collected a total of five New Horizons prizes, more than any other location on Earth.

"It's definitely the best institution in terms of young scientists," he said. 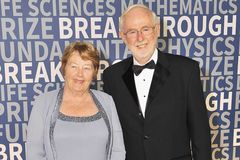 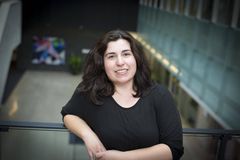