For 12 years, Scott Routley was entirely unresponsive, living in a vegetative state since a car accident badly damaged his brain. But researchers at the University of Western Ontario have proven he is aware of his identity and whereabouts after mapping his brain's response to yes-or-no questions.

The 38-year-old is one of three vegetative patients to correctly answer questions such as, "Are you in a hospital?" and "Is your name Mike?" posed using a new, more effective technique of magnetic resonance imaging (MRI). His responses are a leap forward in communications with unresponsive patients, building on a breakthrough contact that researchers achieved with him in 2012 using a more primitive technique.

These latest findings contradict some clinicians' long-held views that vegetative patients are unaware of their surroundings, and confirm what many families of unresponsive patients have long believed – that their loved ones can hear them. But the paper, published Monday in the Journal of the American Medical Association for neurology, also revives a host of ethical questions about patients' ability and right to decide day-to-day matters in their lives, and perhaps even whether they want to live on at all.

"I think this definitely puts us on that road," said Adrian Owen, a leading researcher at Western's Brain and Mind Institute. "… I think it's inevitable that down the line this is going to be used for more serious decision-making."

In 2012, Mr. Routley was able to let Dr. Owen and postdoctoral fellow Lorina Naci know that he wasn't in pain by imagining himself performing an activity – like playing tennis – to signify a yes or no, spurring brain activity captured in an MRI.

But in their latest study, Dr. Naci and Dr. Owen have devised a simpler, more accurate technique that lets the patient answer with less effort, simply by focusing on the word yes or no while in the MRI machine. With this new method, Mr. Routley showed he knew his own name as separate from another, and that he was in a hospital rather than elsewhere – a higher level of self-awareness.

"For any number of patients, we think this technique takes communication with them to the next level," said Dr. Naci, the study's lead researcher. She described meeting with Mr. Routley's family to tell them the results of the experiment as "quite emotional," vindicating their conviction that Mr. Routley isn't simply "suspended in the middle of nowhere, mentally speaking," as Dr. Owen put it.

Not all families will be so lucky. Early indications are that perhaps only one in five vegetative patients will be able to answer yes or no so accurately, though Dr. Naci and Dr. Owen plan to study more people. Dr. Owen came to Canada from Cambridge University nearly three years ago after winning a coveted, $10-million Canada Excellence Research Chair, recruiting Dr. Naci to come with him.

Meanwhile, other Western researchers, many of them in the school's philosophy department, have already begun delving into difficult question of whether this paves the way for otherwise unresponsive patients to make their own decisions. That could mean simple wishes such as whether they want a pain-killing drug, or whether they enjoy watching hockey on television.

But it could also mean giving patients the authority to make their own end-of-life decisions, which might require screening them to ensure they are not depressed or suffering from other cognitive deficits that could make future consequences hard to weigh.

"We hope that by giving this patient some decision-making capacity," Dr. Naci said, "we'll be able to give them back a sense of autonomy and agency that will improve their quality of life, and will give them back some authority in their own life that they have lost." 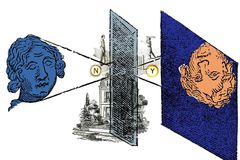 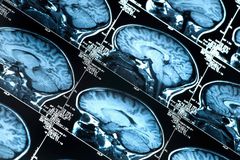