A slurry of water and slabs of broken ice that inundated stretches of Ontario's Grand River this week has offered authorities and stunned residents a stark reminder of a hard-to-predict winter hazard that could become more common across Canada as the climate warms.

The Grand River Conservation Authority said the release of an ice jam blocking the river near Cambridge, Ont., early Wednesday morning resulted in a surge of water that overflowed banks and was followed by the formation of additional jams that flooded neighbourhoods in the city of Brantford, some 20 kilometres downstream.

As of Thursday, messages from the authority continued to warn residents in Brantford and communities further south about an ice jam that "could block or release without warning, resulting in sudden increases in water levels."

Elsewhere, the flooding is believed to have already claimed a life. On Thursday police were continuing their search for the body of a three-year-old boy who was swept away after his mother's minivan was caught by the swollen river west of Orangeville early on Wednesday.

The ultimate cause of the flooding is a record-breaking spell of mild temperatures earlier in the week, coupled with steady rainfall that melted snow throughout the Grand watershed and weakened ice cover on the river. This, in turn, has set up the conditions for the ice jams which have drastically increased the flood risk. 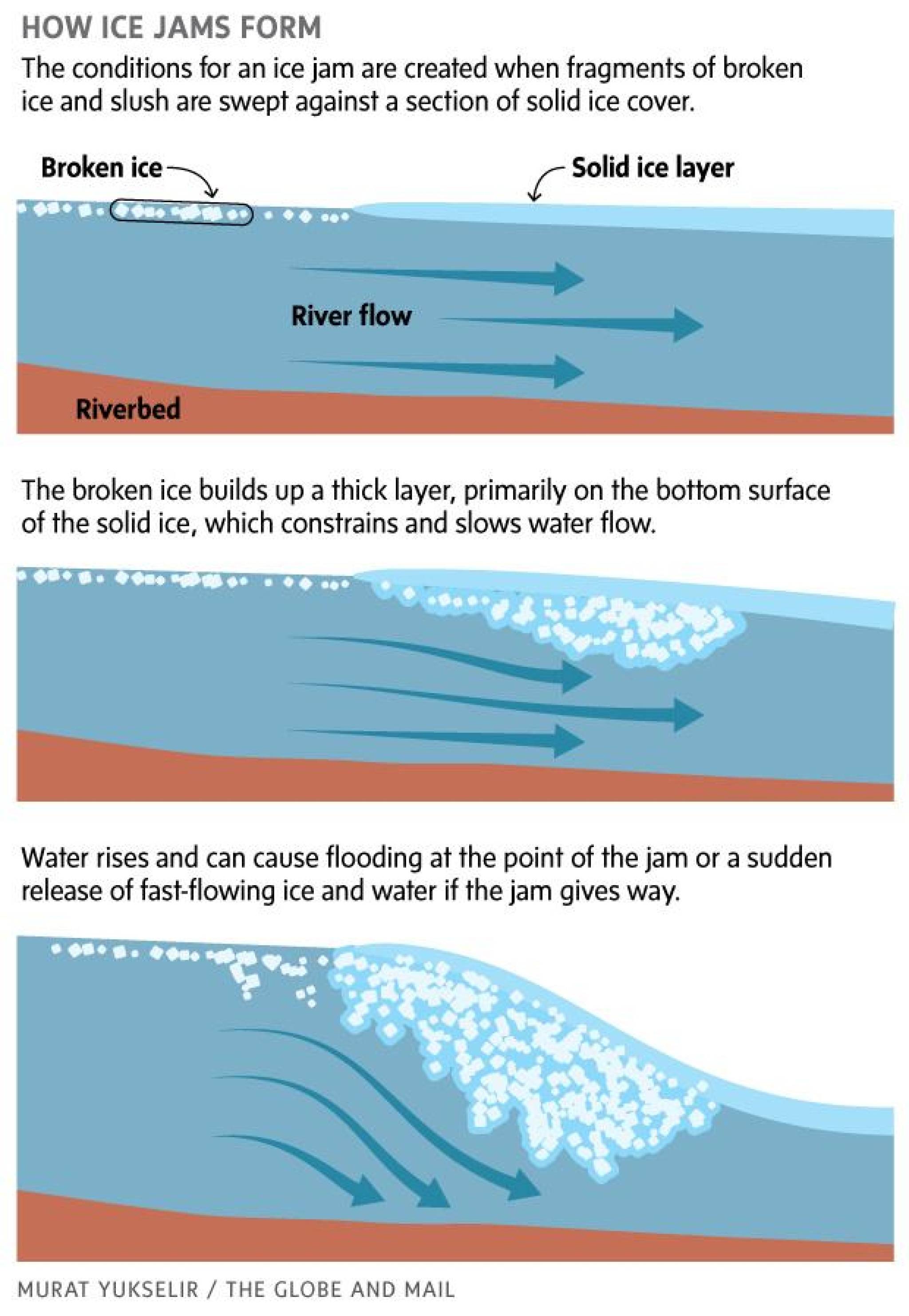 "Ice jams can cause flooding even when the amount of water flowing is not particularly impressive compared to other times of the year," said Spyros Beltaos, a research scientist at the Canada Centre for Inland Waters in Burlington, Ont., part of Environment and Climate Change Canada.

And these jams occur when free floating blocks of ice encounter the upstream edge of a solid section of ice that is still covering the river. The ice tends to stick and pile up, mostly on the underside of the ice sheet where it can form a rough and growing barrier that slows down the flow rate and also reduces the volume of water that can pass under the ice. In response, water levels rise, sometimes rapidly, creating a flood hazard that can be markedly different from what might happen in the same place when the water is open.

The flooding can also be notoriously unpredictable as water finds new openings in the ice jam, which then close up again as more ice arrives. In the end, if the entire jam gives way there can be a destructive surge of flood water moving suddenly down stream.

"It can happen very quickly," said Nadia Kovachis, a river hydraulic and ice engineer with Alberta's River Forecast Centre in Edmonton. "In addition to the damages caused by flood water, the ice pieces themselves move with tremendous force and can cause damage to infrastructure."

Ms. Kovachis recently led a study, published last year, that looks at the challenges of understanding flood risk when taking into account ice formation. The issue has been gaining attention in Alberta where ice jams typically form when river ice breaks up in spring, rather than during a mid-winter thaw like in Ontario this week.

However, forecasts also suggest that as Canada's climate warms in the coming decades there could be more ice jam hazards caused by mid-winter warm spells, particularly in areas of the country where, in the past, rivers were more likely to stay frozen all winter long.

"It depends on the rivers, but in southern areas there will probably be more frequent break up events during the winter, as the zone of permanent freezing shifts farther north," said Brian Burrell, a water resources engineer based in Fredericton.

Mr. Burrell added that would-be home-buyers looking for property along a Canadian river should research news reports and ask neighbours about past episodes of winter flooding to gain a better understanding of what risks they may face.

In some cases, municipalities have taken steps to reduce the risk by creating barriers that promote ice jam formation in places where flooding is less damaging, thereby sparing areas where ice jams would pose a great hazard.

Dr. Beltaos, a leading expert in the phenomenon, adds that it would be a mistake to think of ice jams purely in a negative context. For example, in some of Canada's most iconic northern waterways, including the Mackenzie River, ice jams play a crucial role by temporarily restricting the flow of river water and creating a vast reservoir of interconnected wetlands.

"Those extensive and ecologically rich wetlands are often maintained by flooding from ice jams, which they need to replenish their water, sediment and nutrients," he said.

Editor’s note: An earlier version of this story incorrectly spelled Brian Burrell's surname as Borrell. This is a corrected version. 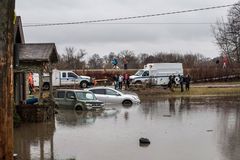 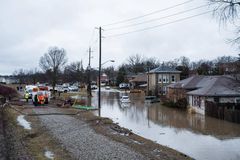