Hugh Thompson
Special to The Globe and Mail
Published December 7, 2011 Updated May 8, 2018

You've made the decision on that shiny new electronic toy and now you're ready to check out when the salesperson asks "Would you like the extended warranty with that?"

Your first instinct is to say no but the salesperson, who was so helpful, suddenly begins to detail a litany of things that could go wrong with the product. Suddenly, you break out into a cold sweat and your head starts to spin as you try and quickly decide what to do.

Being a technology lover and the owner of a popular Canadian website which focuses on consumer electronics, I am often asked by consumers whether to buy an extended warranty and my answer has always been the same.

Before I tell you my answer, let's look at the facts.

In a comprehensive article by BusinessWeek several years ago, the magazine pulled financials from company reports and industry sources, and came to the conclusion that extended warranties account for over 40% of profits at major North American big box electronic retailers.

BusinessWeek found the margins on extended warranties were in the range of 60 to 70 per cent. This means that when consumers purchase an extended warranty from an electronics retailer, 60 to 70 cents out of every dollar goes to the retailer as pure profit. The remaining 30 to 40 cents goes to the insurance company that covers the product. Of that 30 to 40 cents, half goes to paying claims and the rest goes to administering the transaction and to the insurers bottom line.

Why buy an Extended Warranty?

The primary reason for buying an extended warranty is to provide consumers with insurance against loss or failure of the product. Knowing that your new, and often expensive electronic device, will be fixed or replaced for free for the next three to five years can be quite comforting.

This for an item that Consumer Reports'(CR) magazine says has very low repair rates. According to CR, just 3 per cent for plasma television owners reported problems during the first three years of use – the time covered by many warranties. But what if you have a problem, wasn't it expensive to fix? CR found that in the small number of cases where a plasma HDTV did need servicing, most repairs were free, presumably because they were covered by the manufacturer's standard warranty. The few respondents who paid for repairs spent an average of $395, just a small amount over the cost of three-year extended warranty.

The principle of extended warranties is sound. Pay an insurance premium up front for security down the road. The problem, however, is the ridiculously high premiums consumers are being asked to pay for them.

Do extended warranties ever make sense?

The only way to know if an extended warranty makes sense is to get a better understanding of how likely a product is to fail and how much a typical repair might cost. Once again Consumer Reports' survey of its readership has found that repair rates on some types of consumer electronics – such as computer laptops and desktop computers – are significantly higher than flat panel televisions.

The higher repair rates for computers suggest consumers should consider buying an extended warranty for them.

The lesson to be learned here is that although laptop and desktop's have higher repair rates than televisions, they also cost significantly more to insure.

Retailers and insurance companies charge more to warranty products which have a greater likelihood of needing repair. Therefore it makes no more sense to buy an extended warranty on a more-likely-to-require-repair laptop than a less-likely-to-be-repaired plasma television.

My advice this Christmas and Boxing Day is to just say no to buying the extended warranty. 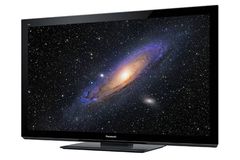 Tips and tools for the over-the-air TV enthusiasts
May 3, 2018 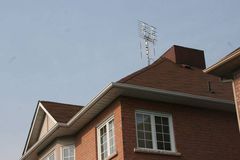 Essential iOS apps for the home theatre enthusiast
April 29, 2018
Boxes that sling your TV to wherever you are
May 8, 2018