Mohr Davidow Ventures, which first invested in BuildDirect four years ago, has agreed to anchor a proposed equity-financing round of between $39.5-million (U.S.) and $48.5-million, committing $10-million of its funds to a deal, according to a summary term sheet obtained by The Globe and Mail.

The proposed financing deal – which is now being shopped to both existing BuildDirect investors and potential new backers by investment bank Canaccord Genuity – would value the firm at $65-million before the cash infusion and is intended to close by the end of February, according to the term sheet. Lenders who have committed $15-million in financing to carry the company through the Companies' Creditors Arrangement Act (CCAA) restructuring process would convert $13.5-million of that amount into equity. It is up to Canaccord, hired by court monitor PricewaterhouseCoopers to either sell or refinance the company, to find another $16-million to $25-million of new cash from investors.

Mohr Davidow was one of several prominent investors, including OMERS Ventures, BDC Capital and Difference Capital, that invested more than $100-million in BuildDirect – which sells and ships heavyweight construction goods such as flooring ordered through its online platform – between its founding in 1999 and last October, when it filed for CCAA protection.

Mohr general partner Katherine Barr, a BuildDirect board member, declined to comment when contacted about the proposed financing. Mohr was a lead investor when BuildDirect raised $57.6-million (Canadian) in 2014. Canaccord investment banker Myles Hiscock did not return several messages.

But sources familiar with the process said Mohr Davidow still believes in BuildDirect's potential to become a large, successful firm, despite its recent issues. "We're really excited to have Mohr Davidow leading this round, and putting $10-million [U.S.] in, which is great news," BuildDirect's chief legal officer Suzanne Mercier said. "We have an insider that knows BuildDirect and supports our team and values the entity as a whole. It ultimately gets us to a position where we can execute against our operating plan."

PwC monitor Mike Vermette said the company's revenue, net cash receipts (sales less payments to suppliers) and net cash flow in the 10 weeks ended Jan. 21 have exceeded the $8.9-million, $101,000 and negative $9.9-million, respectively, that the monitor forecast in a report to the court in November. "All these little things give you a little more wiggle room and a little more time" as the company restructures its finances, he said. In addition, the monitor reported to the court this month that, "to date, no significant vendors have declined to continue to support the company."

BuildDirect had been one of B.C.'s highest-profile tech success stories, with annual revenue exceeding $100-million (Canadian). But in 2014, Mr. Booth undertook a risky plan to overhaul the company's online platform and embed artificial intelligence technology to make it easier for suppliers to manage sales and give the company a powerful digital engine to leverage data and analytics from its business.

But the technology rollout was marred by snags that hurt the company's search-engine capabilities and negatively affected sales. BuildDirect, which has more than 200 employees, continued to lose money and it struggled last year to raise needed venture funding when sales growth proved inadequate to impress investors, and past backers OMERS and BDC declined to provide new funding. An attempted financing fell through in October, days before Mr. Booth resigned and the company filed for creditor protection. 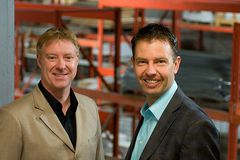 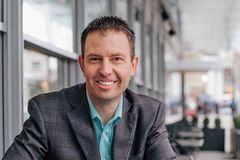