Canada's chief collective of songwriters – the Society of Composers, Authors and Music Publishers of Canada, or SOCAN – has acquired a company whose software will allow them to more thoroughly monitor music played online and in public and get more royalties to its members faster.

The technology will help enable Canadian songwriters to wring greater value from their work in an era where consumers are turning away from buying music at a rapid pace. "We want to initiate a wave to fix the uncertainties in the streaming world and provide better services worldwide to creators and music publishers," Eric Baptiste, SOCAN's chief executive officer, said in an interview.

Songwriters and the music publishers that invest in them are owed "performance" royalties each time their songs are played in concert, online (via streaming, such as with YouTube , Spotify and Apple Music), on TV and movies and in public places. SOCAN administers licences for all of these uses.

(Songwriting royalties differ from recording royalties, which are more sales-based and handled by labels as opposed to publishers.)

Consumers are buying less physical and digital music, but last year marked the first measurable year-over-year revenue growth in the recorded music industry since 1998 – sparked, in large part, by a huge increase in streaming. As copyright is currently administered in Canada, both songwriters and recording artists are eligible for royalties from streaming services. SOCAN represents the former.

MediaNet has a database of more than 51 million songs, each with metadata that traces who its various royalty rights belong to. SOCAN plans to use the service to collect real-time data more accurately online – by monitoring licensed Internet services for matches to a given song's copyright – to make sure no plays are left uncounted. In turn, SOCAN members can get paid more fairly each time their songs are played.

Back when SOCAN mostly dealt with radio and TV licences, it might have had to tabulate royalties from a few million plays to pay them back to members. Now, Mr. Baptiste said, streaming "leads to trillions of performances to analyze from around the world," which requires sophisticated technology to measure.

A song streamed on Spotify or Deezer, for example, generally pays back a royalty of a fraction of a cent. MediaNet, Mr. Baptiste said, will allow SOCAN to match streams from numerous services to their copyright owners far more accurately so those fractions of pennies add up faster and SOCAN's members get paid more fairly. It could also paint pictures of trends – such as, say, an outsized audience on Spotify – that could let songwriters target future endeavours with greater financial success. MediaNet's data-first approach will also help SOCAN deliver royalties more quickly to its members, too, Mr. Baptiste said, rather than waiting months for information to land.

Other performance-rights organizations, such as the Society of European Stage Authors and Composers in the United States, have adopted similar data-gathering technology, but SOCAN staff believe they're the first member-owned organization worldwide to do so. This leaves the door open to license the software to similar organizations elsewhere. "We want to be leaders," Mr. Baptiste said, "but we don't want to be alone."

SOCAN and MediaNet, both private organizations, did not disclose the value of the acquisition.

SOCAN's Eric Baptiste: A different tune for a digital age
May 11, 2018 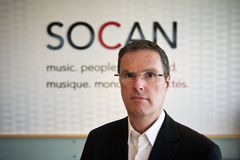 Advertisers latest players to join fight against piracy
May 12, 2018 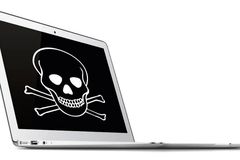