The 30th anniversary of Nintendo's Super Mario Bros. is Sept. 13, and to celebrate the game that made a certain plumber as recognizable as Mickey Mouse we've collected 30 Mario tidbits:

1: Mario was created by Japanese game design legend Shigeru Miyamoto and appeared in his first ever title, the 1981 arcade platformer Donkey Kong

2: Donkey Kong was supposed to be a Popeye game, as Nintendo was the franchise’s licensee. Something happened with the rights, however, and so Mr. Miyamoto had to create his own character.

3: Mario was originally known as Jumpman, but he was later nicknamed after the company’s Italian-American landlord in Seattle: Mario Segale (who has never much appreciated the attention).

4: Mr. Miyamoto has said he hoped to name the Mario character Mr. Video, and originally planned to have him appear in all of his games. 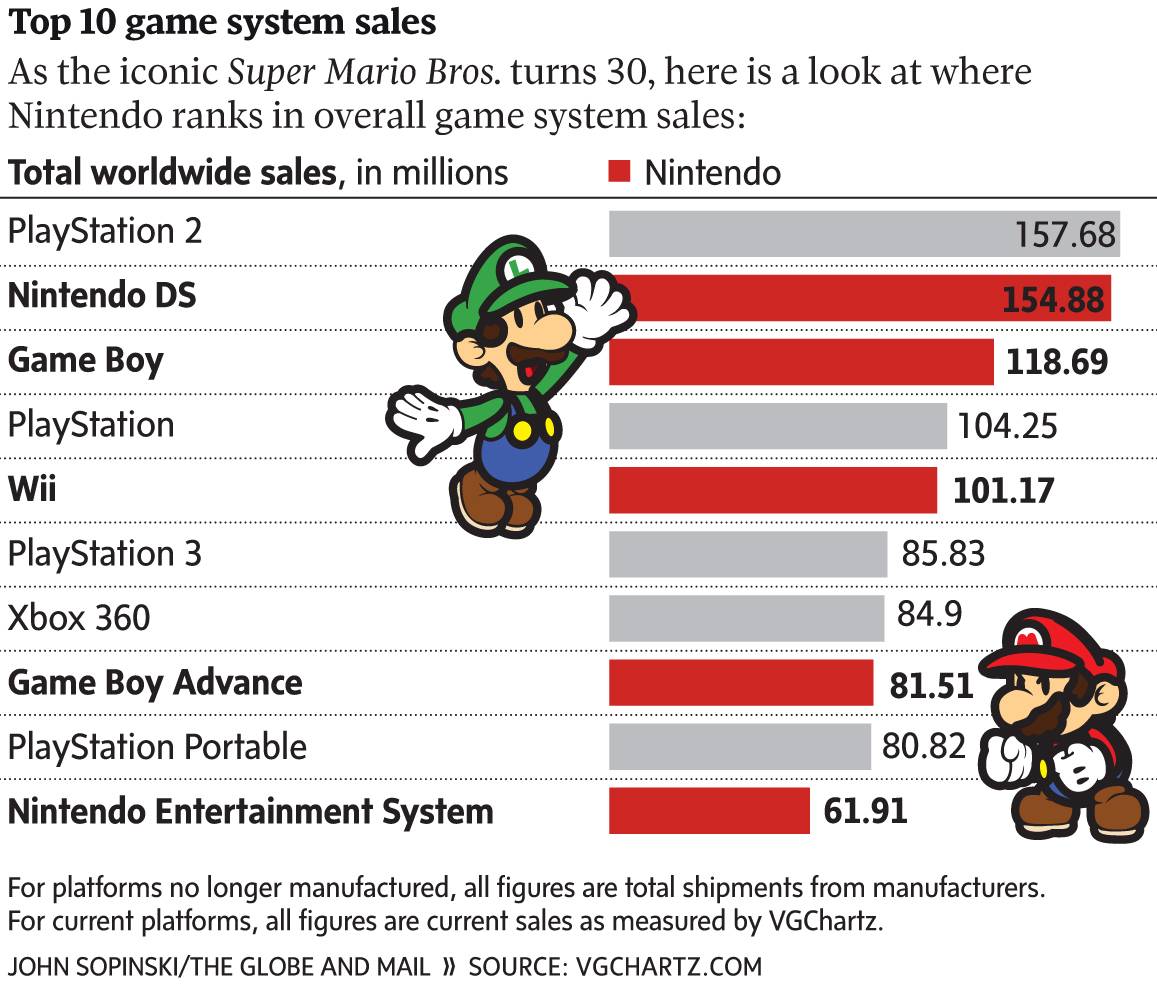 5: Mario has made an appearance in more than 200 games.

7: In 1985, Super Mario Bros. was first released in Japan for the Nintendo Family Computer (which made its debut in 1983 and was known as the Famicom). A redesigned version of the Famicom came to select North American markets in 1985 as the Nintendo Entertainment System.

8: Mr. Miyamoto has said Super Mario Bros. is inspired by an arcade game called Kung Fu that in Japan was the licensed title for a 1984 Jackie Chan movie called Spartan X. So, in some ways Mario is actually Jackie Chan.

9: Super Mario Bros. back story is that Mario’s freeing the kingdom of the mushroom people from the black magic of the evil Koopa turtles. 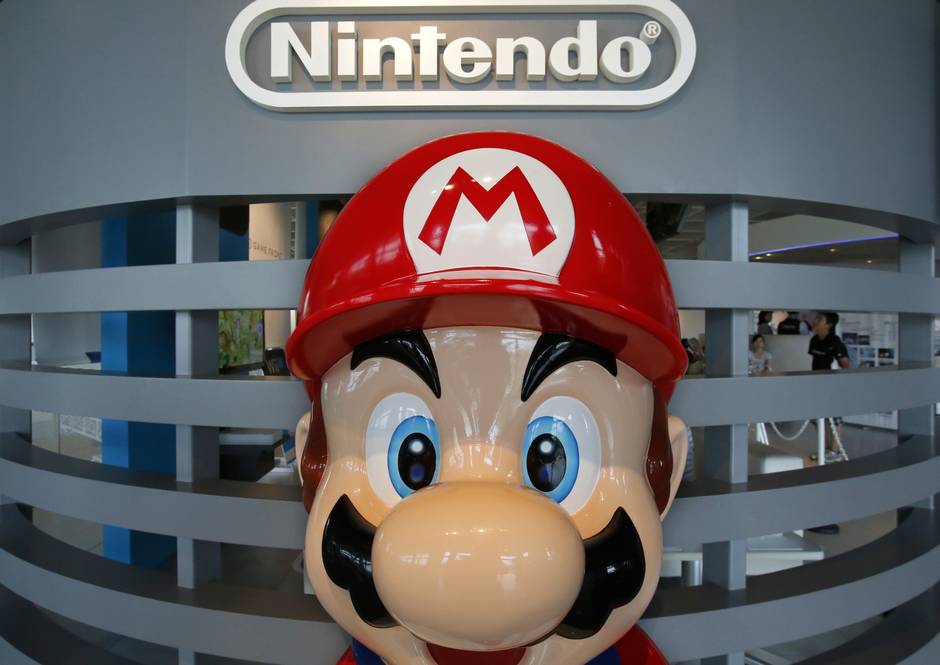 10: The power-ups that transform Mario in the game are also mushrooms, which Mr. Miyamoto has said Nintendo went with because “a suspicious mushroom would be globally understood.”

11: Original game plans included Mario riding a cloud or a rocket and firing guns. These days he mostly just jumps on bad guys.

12: The NES Super Mario cartridge could store only 256 kilobits of data, or 32 kilobytes. These days the average selfie cellphone picture is more than 30 times larger than the whole game.

13: At one time Super Mario Bros. was the highest-selling game of all time, with more than 40 million copies sold (over several re-releases). It has since been eclipsed by everything from Grand Theft Auto to Minecraft. 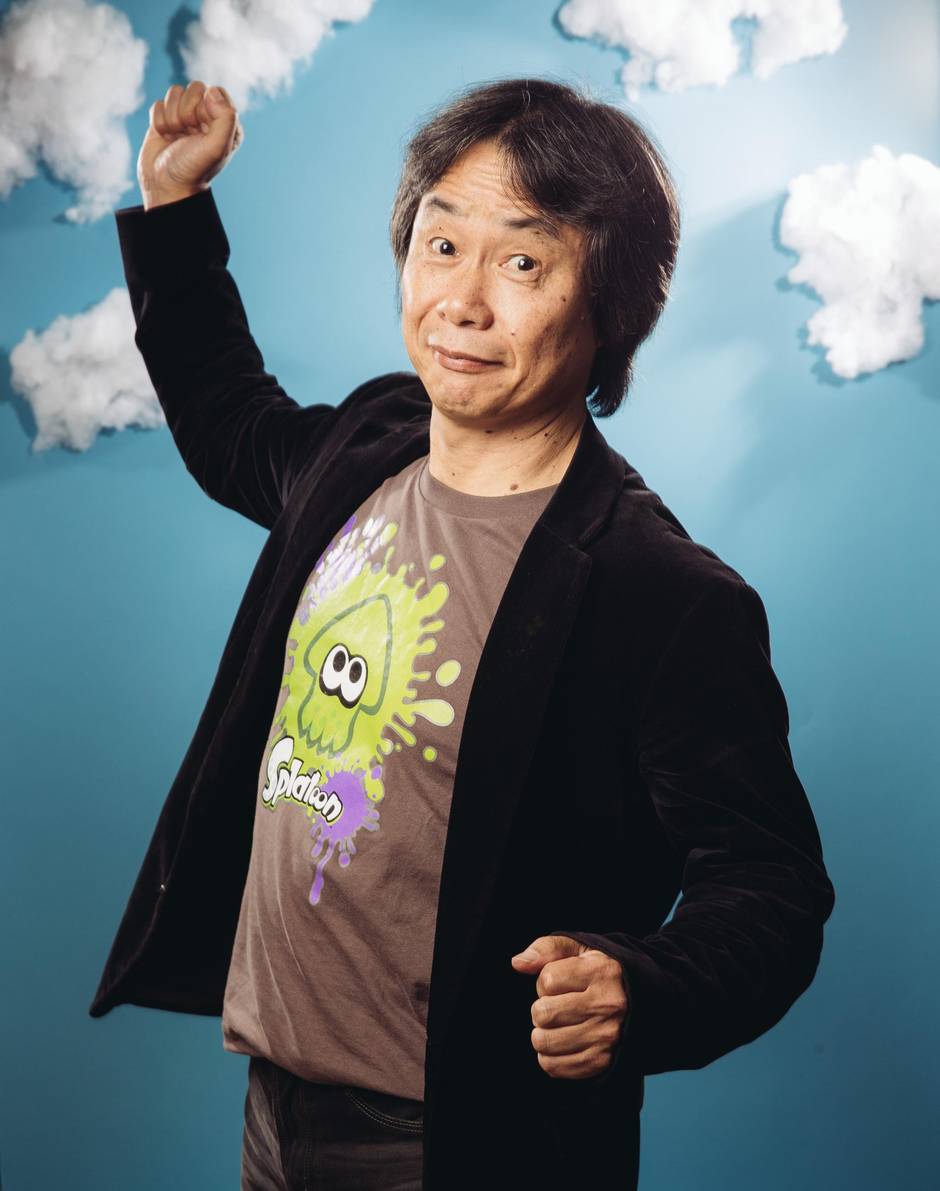 15: Mario has been voiced by American voice actor Charles Martinet in every Mario game since 1995, but Mr. Martinet’s first title was a “Mario Teaches Typing” PC game in 1991.

16: Mario’s first appearance in an animated TV show was in the 1983 Supercade Donkey Kong shorts.

17: In that show he was voice-acted by Peter Cullen, the iconic voice of the Transformer’s Optimus Prime. 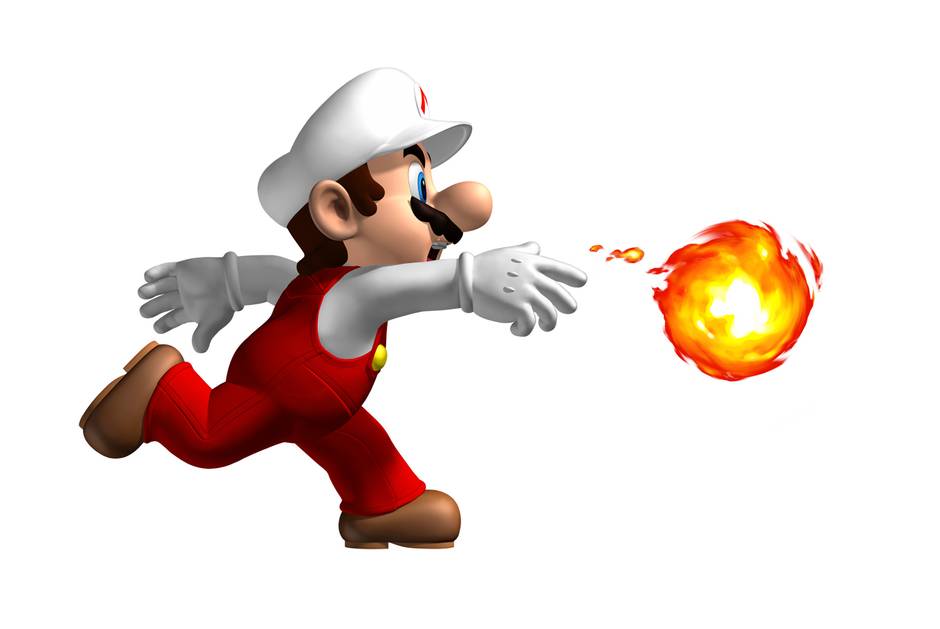 19: Mario has a twin brother, Luigi, who’s colour palette is dominated by green instead of Mario’s red.

20: The Japanese name for Luigi is “Ruiji,” which means “similar.”

21: There are two direct sequels to Super Mario Bros. The one for the Japanese market was basically the same game, but harder.

22: But in North America, Nintendo of America wanted something different, so it added a bunch of Mario figures to an obscure Famicom game called Doki Doki Panic and released it in 1988. 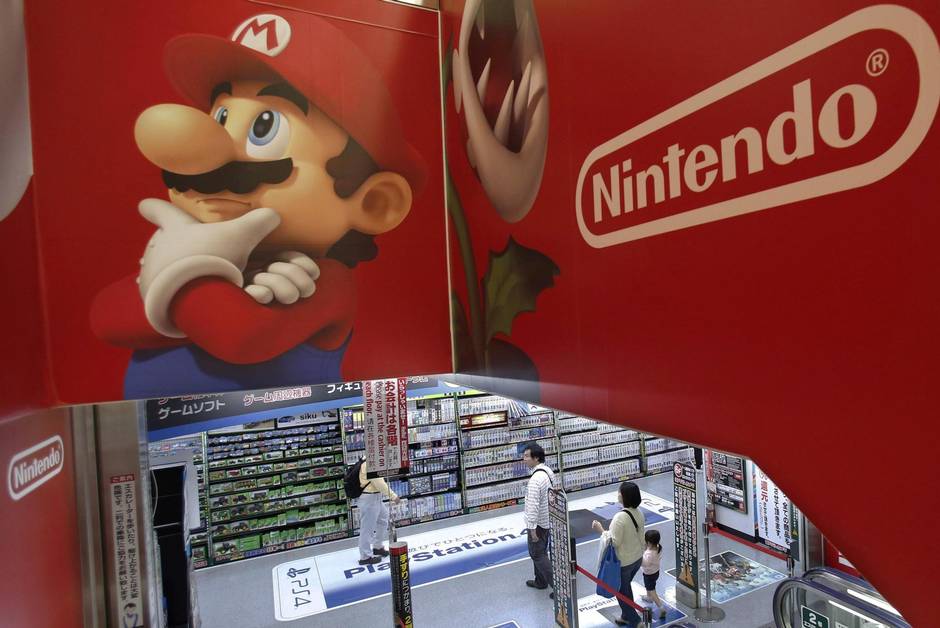 23: Completing the circle, the very strange game play of Super Mario Bros. 2 (pulling turnips out of the ground and hurling them, floating characters and intricate level details) turned out to be a big hit, so Nintendo re-released the game in Japan as Super Mario Bros USA.

24: It wasn’t just a Hollywood movie that Mario starred in, he was even featured in his own play. Sort of. Mario creator Mr. Miyamoto says Super Mario Bros. 3 was actually a “performance” by the characters, which is why the game featured curtains, rope hanging from the ceiling and metal bolts screwed into the platforms.

25: Mario was originally intended to be controlled by a joystick exclusively, meaning no signature jumping. He was supposed to simply escape from a maze. But once barrels were introduced, it was decided there was no other alternative but to jump over them. 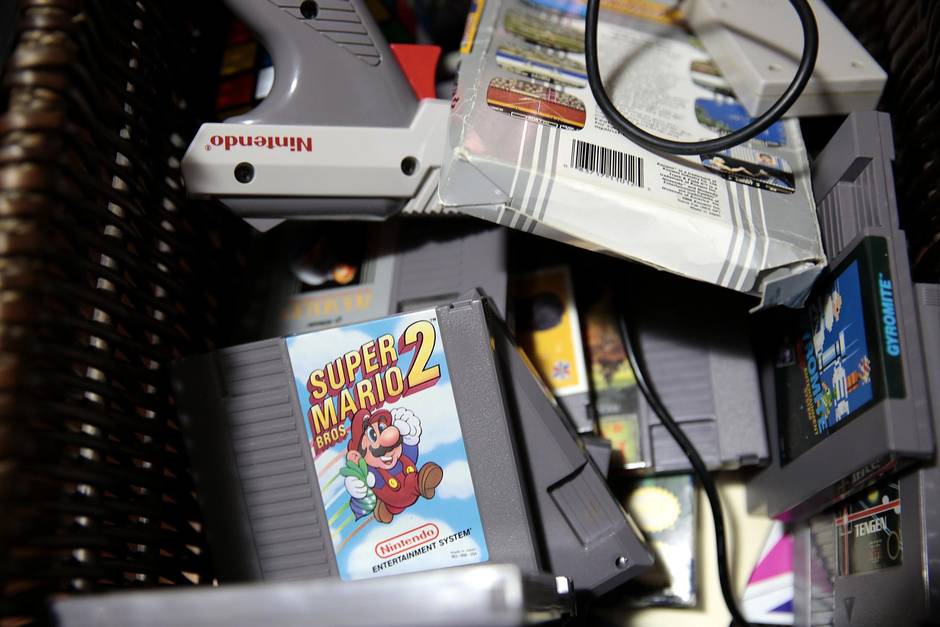 Deborah Baic/ The Globe and Mail

26: Our beloved plumber didn’t always have that occupation. In his Donkey Kong debut, Mario was a carpenter, since the game was set on a construction site. He was changed to a plumber for his first solo outing.

27: But not before the 1983 title Mario’s Bombs Away for the Game & Watch, which had him transport bombs back and forth to his colleagues during battle. Gamers had to be careful the bombs didn’t catch fire by a squad-mate’s cigarette or enemy torches.

28: Early promotional materials for Donkey Kong featured a hatless Mario who was, wait for it, bald! But luckily Nintendo decided a full head of hair was needed for his big NES debut.

29: Mr. Miyamoto originally planned to make Bowser, Mario’s long-standing arch-nemesis, an ox – based off of the character King Ox from a Japanese anime musical. A fellow designer suggested Bowser looked more like a turtle though, so they turned him into the King Koopa that he is today.

30: For many years, some fans thought the cover of Super Mario Bros. featured Mario in the process of falling into a lava pit. Thankfully, Mr. Miyamoto has finally come out and said Mario was never in danger in the artwork and would be just fine. Phew!