Adele's new album, 25, will not be available on major streaming services when it is officially released Friday.

The album, being issued by XL and Columbia Records in different jurisdictions, is undoubtedly one of the the most anticipated of the year. Multiple sources in the music industry told The Globe and Mail they are not planning on making the record available to any major services, including global leaders Apple Music, Spotify and Deezer.

Since on-demand streaming music services entered the public consciousness over the last half-decade, artists have regularly withheld their new releases from major services to coax consumers to buy records, either physically or online. Such moves have become increasingly rare, though, as sales dwindle internationally. In doing so, Adele's team is gambling that she is immune to the sales woes that have strangled the rest of the music industry.

But it is a good bet. Adele is one of the last true sales dynamos in music. Her fan base has few boundaries across genres and demographics, making her a rare artist whose mass appeal remains so sweeping that consumers shed their hesitance to shell out cash for music. Her latest single, "Hello," broke both download and sales records. And Billboard reported Wednesday that 25 is projected to sell as many as 2.5 million copies in its debut week, which would break records not seen since N*Sync sold 2.4 million copies of No Strings Attached in 2000.

She initially withheld her last album, 21, from streaming services, and the bet paid off. It went on to sell more than 10 million copies in the United States alone. After the initial sales boom, the labels eventually released it to streaming services, where it still enjoys immense popularity.

"We love and respect Adele, as do her 24 million fans on Spotify," a spokesperson for Spotify wrote in an e-mail. "We hope that she will give those fans the opportunity to enjoy 25 on Spotify alongside 19 and 21 very soon."

In an interview, Tyler Goldman, North American chief executive of the streaming service Deezer, said he's hopeful to see the 25 on streaming services soon, just like 21. While holding albums back, a strategy sometimes called "windowing," used to happen frequently, it has waned as the streaming sector has matured.

"I think there's a recognition that the future of the business is in paid streaming services," Mr. Goldman said. "That's where the revenue growth in the whole business is coming from. I think that's the future, economically, for all artists and rightsholders."

He likened holding back 25 to "short-term arbitrage," capitalizing on Adele's popularity without drawing more paying customers to streaming services, which could in turn support other artists. "It's like having your cake and eating it too," he said.

A spokesperson for Apple said in an e-mail that the album will be for sale on iTunes, and that the lead single, Hello, will be available to stream on the Apple Music service.

The move is not without precedent among artists who've maintained strong sales in the otherwise sluggish music industry. Taylor Swift and her label Big Machine have long had a standoffish relationship with streaming services. Her latest album, 1989, has been unavailable on most major streaming services except Apple Music, which she personally strongarmed into giving artists better royalties during its free trial period.

Music consumption habits are changing, shifting from downloads and into streaming services, but the services are still so young that they face frequent growing pains. Rdio, which in 2010 became one of the first major streaming services to launch in Canada, announced this week it was filing for bankruptcy and selling certain assets to Internet-radio pioneer Pandora.

If Adele keeps up her album-release sequence, the next one will probably be called 31 or 33. By that point, how does Mr. Goldman think it'll be released? "My guess is it'll be straight to premium streaming," he says. "We won't be talking about CDs at that point." 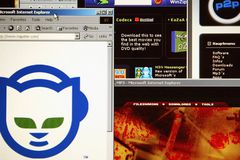 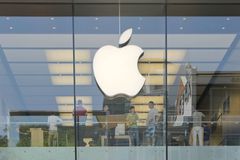 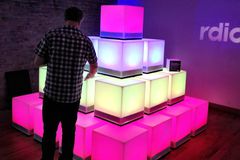