Apple Inc. appears to be arming itself for a full-on assault on the $150-billion-plus world of multimedia content and distribution.

The move would pit Apple more directly than ever against new-media rivals Google Inc. , Amazon.com Inc. , and even Netflix Inc. , which all want to be an online hub for Web video, music and pictures.

Apple's edge comes down to its record of striking deals for key content, most clearly seen in digital music service iTunes. It also has a big cash pile.

Apple is estimated to be spending up to 5 per cent - or over $5-billion - of its expected annual revenue this year on capital investments, most notably in a North Carolina data centre that will dwarf its current one.

Andrew Fitzpatrick, director of investment at Hinsdale Associates, said as an investor he would be encouraged by Apple moving into the streaming video business.

"This is a good step for Apple," said Fitzpatrick, who owns Apple shares.

"The future is ... you want to be able to shift your content between all your screens and be able to do that pretty easily and seamlessly," said Peter Misek, Jefferies & Co analyst, who expects a fee-based video service from Apple in about a year.

"I can think of no other company that would be better at making something really dummy proof than Apple," he added.

At the centre of Apple's cloud strategy is its half-million-square-foot data centre in Maiden, North Carolina.

Apple said in late 2009 that it would build a 250,000 square feet facility, but the actual structure - completely finished from the outside - is double that size, said North Carolina real estate agent Bill Wagenseller, who has taken aerial pictures of the site and owns land close to it.

"You are talking about delivering different content to everybody at whatever time they want," said Tom Adams, a media analyst with IHS Screen Digest. "To be competitive in the TV business, they have to become one of the bigger data center operators in the country."

Apple has only provided content, through its iTunes store, as a support service so far for its core hardware business.

But a more aggressive move would help the technology icon capitalize on a lucrative market opportunity and sustain its torrid pace of growth.

Bernstein Research's Toni Sacconaghi estimates Apple will spend $2.6-billion in fiscal 2011 on information technology assets - surpassing rivals. Even if only half of that went to its data centre, that would mark an aggressive push.

Consumer spending on cable and satellite TV in the western world last year was $149.5-billion, according to IHS Screen Digest. U.S. cable networks alone generated $45.7-billion in revenue in 2010.

It would be just like Apple to enter and dominate an established market with new technology. Its iPod, launched in 2001, quickly dominated a market of MP3 players; the iPhone was hardly the first smartphone; and the iPad came after Microsoft Corp had tried - and failed - more than once to sell tablets.

Apple's Web-to-TV product Apple TV has so far failed to connect with consumers, but experts believe that it was a first step for a more ambitious plan. .

"What Apple should realize is that if they don't keep up with the technology that is changing, they can become less relevant going forward. This has happened to Microsoft in the past," he said.

The company is likely to address some of its cloud-based plans at its Worldwide Developers Conference next month.

BEEN THERE, BUT NOT DONE THAT

Apple is at the final stages of reaching a deal with at least one label for a licensed online music locker, Reuters sources said last month.

Deep-pocketed rivals like Google and Amazon are also racing to provide similar services.

Amazon.com launched a music locker service - without approvals from major labels - in April that lets customers store and play songs on a variety of phones and computers.

Google introduced its own locker service this week without agreements from record labels. Earlier, it made more than 3,000 movies available for rent on YouTube for up to $3.99 each.

The video distribution arena is seeing a huge disruption, with existing business models and entrenched companies being challenged by upstarts like Netflix using cloud capabilities to stream content across devices.

But breaking into the video streaming business is anything but easy, as Apple discovered when it attempted to deliver a fee-based service a few years ago. It could not get the networks to sign on, sources said at the time.

The world of licensing, subscriptions, royalties and rights is a messy one, with content owners and distributors resisting any changes to the existing business model.

Netflix, available on Apple TV, is one of the few companies that has managed to show some success in navigating it.

Apple could use the licensing model for app developers to convince content creators, or acquire a leading platform such as Netflix to leapfrog into streaming video, analysts said.

"They have made a big investment in this (cloud) space and so we expect it will be something substantial when they do it," Capitol Advisors' Smith said. 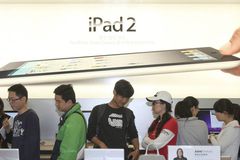 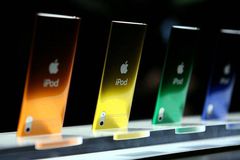