The lion's share of media coverage for this year's Apple World Wide Developer Conference focused on the latest iterations of the company's computer and mobile hardware operating systems, OS X and iOS. But a full third of the conference's day one keynote was devoted to a topic that received considerably less chatter: Swift. Apple Inc.'s freshly minted programming language prompted a more enthusiastic response from the thousands of developers in attendance than anything revealed about Apple's upcoming operating system upgrades (although the room went nuts for that stuff too).

In simple terms, Swift is designed to replace an aging and difficult-to-master coding language called Objective-C, and should allow developers to make increasingly complex iOS applications more stable with less frustration and in less time.

"If people aren't talking that much about Swift, a large part of that is that most people that write about technology aren't capable of understanding it, including me," says former Time Magazine editor-at-large and founder of Technologizer Harry McCracken. He believes Apple's introduction of Swift will likely make a whole lot of programmers very happy.

"Of all of the developers who work on iOS that I've met, I've never heard of anybody say they love Objective-C. Working with it is one of the downsides of working in iOS development."

Mr. McCracken believes that removing the reviled programming language from the equation should convince more developers to develop apps for iOS. Perhaps more importantly, it could draw them away from the growing allure of coding software to run on Google's Android operating system, as the increasing number of Android devices being sold around the world make it a fiscally tempting platform to code for.

WWDC is an event that is held to woo those application developers who find themselves elbows-deep in code on a regular basis. But while there was optimism on the show floor about the new scripting language and its importance, it was hedged by worries of groping through a largely unknown system.

"Programming languages only gain traction is they have a strong community of developers using them. Today, Swift has none," says Jason Krogh, CEO of Toronto-based app development company Sago Sago. "Objective-C is unpopular among many developers who work in more modern languages such as C#. So everyone will be keen to see how this plays out. For Apple it is a massive and important undertaking."

For the time being, he's not sure what effect, if any, Swift will have on the development community, and in turn, the apps iPhone and iPad users download from the iTunes App Store.

Which is why Apple's doing everything they can to help Swift gain momentum as quickly as possible: The Swift Programming Language reference book was made available for download at no cost on June 1 via iBooks.

"I think especially for me and smaller companies just getting started it's going to be a lot easier to create larger more complex apps with less resources than they would have had to have used in the past," says Jonah Siegle, an Edmonton-based developer who's worked on applications for iOS for the past four years. "It'll be more stable code too, as it's easier to read and understand. And it'll be easier for people to get started."

At this point, there's no word on how Swift will dovetail with Apple's other software announcements. Some wonder if companies looking to marry Apple's new HealthKit or HomeKit features to their hardware and companion apps will be forced to use the Swift to code for the new standards.

One thing is clear: Apple isn't known for producing unsuccessful products. Even if learning and using Swift presents challenges to the developer community, those 800 million iOS devices CEO Tim Cook mentioned will act as a strong incentive to take the plunge and to do so swiftly. 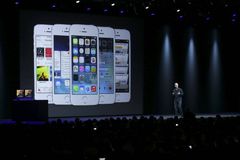 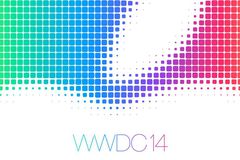