BlackBerry Ltd. is seeking to win back once-devoted customers by bringing back a popular set of command keys that the company had abandoned with the launch of a new family of smartphones this past year.

Sources familiar with the company say chief executive officer John Chen will announce Tuesday at a mobile industry conference in Barcelona that the Waterloo, Ont.-based company will restore its trademark "belt" of five function keys that sat between the screen and keyboard.

This includes a trackpad and other keys that allowed users to easily navigate between different applications. The belt will appear later this year on phones powered by the BlackBerry 10 operating system.

A company spokesman declined to confirm the announcement. In a recent interview, to be published later this week in Report on Business Magazine, Mr. Chen said that future BlackBerry 10 smartphones "will have some of the features our power-users love" but were not included on the first phones launched a year ago on the platform, the all-touchscreen Z10 and the Q10, which features both a keyboard and touchscreen.

The change is more than a feature upgrade: It is a symbolic gesture. By bringing back the belt and pledging to focus on devices with keyboards, Mr. Chen, who joined the company this past November, is attempting to make amends with BlackBerry's loyal business and government customers.

These enterprise users were the core of the BlackBerry business but became less of a priority during the company's failed attempt to compete in the consumer market dominated by touch-screen Apple and Android phones.

Discarding the belt was one of many changes the company made with BlackBerry 10, alienating long-time devotees, contributing to high product returns and exacerbating a three-year decline in handset sales. Many BlackBerry customers instead opted for older, more familiar phones like the Bold, even though the Internet browsing experience and availability of apps was inferior to that offered on the new platform.

"We missed one step, which was to educate the market up front" about how different the BlackBerry 10 devices were from its past smartphones, Mr. Chen said. "We [thought] that if we built it, everybody will love it."

Mr. Chen's decision to appease long-time enterprise users, particularly in government and "regulated" industries such as banks, insurance and health care, is based on a belief that there are enough of them who still prefer BlackBerry for its strengths – including a better, more accurate typing experience and a secure network – to secure a base and rebuild a sustainable business in a narrower niche.

Jefferies analyst Peter Misek said he's "not surprised" BlackBerry is bringing back the belt, but added: "I wonder if it just doesn't matter any more, if it's too late. I guess there's a group of BlackBerry users for whom that is a big deal, and it's a smart thing to keep them happy" after their disappointment with the Q10. "It symbolizes some bad decisions were made" with the first BlackBerry 10 devices by "not listening to their users."

While the company has bought some breathing room with a refinancing, an early tax refund and a deal to offload manufacturing and inventory risk to Taiwanese giant Foxconn Technology Group, Mr. Chen faces many challenges. The company's base of customers, revenues and cash flows is expected to continue declining for several quarters. Several rivals have been stealing enterprise customers who rely on BlackBerry to manage fleets of smartphones used by their employees.

Meanwhile, the market is still digesting the impact of this past week's blockbuster $19-billion (U.S.) purchase of mobile instant messaging service WhatsApp by Facebook. BlackBerry created the mobile chat business this past decade with its BlackBerry Messenger application, but ceded its lead to WhatsApp and others by not making BBM available to non-BlackBerry device users until this past fall. Former CEO Jim Balsillie had pushed internally to create a "cross-platform" version of BBM three years ago and have carriers offer it as a replacement for basic text messaging. But successor Thorsten Heins killed the initiative in early 2012 over fears BlackBerry users would stop buying its smartphones. That happened anyway, while WhatsApp and other rivals surpassed BBM in popularity. 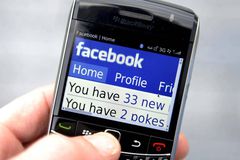 What BlackBerry could learn from L’Oréal
Subscriber content
February 19, 2014 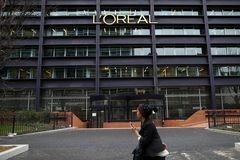 BlackBerry’s head of BBM has left the company
February 10, 2014 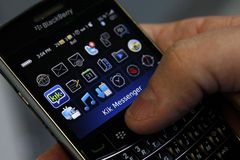 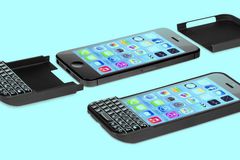 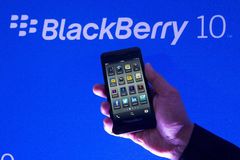 John Chen: ‘I thought the world would be better off with a strong BlackBerry’
February 13, 2014
Follow Sean Silcoff on Twitter @SeanSilcoff
Report an error Editorial code of conduct