It might be the long winters, or the national pastime of keeping tabs on Justin Bieber.

Whatever the reason, Canadians are spending more time online than any other country, including highly wired societies such as China, South Korea and the United States. The average Canadian spends about 45 hours a month browsing the Internet, according to new figures from ComScore Inc. The majority of that time is spent on social networking sites such as Facebook.

Their voracious appetite for all things Internet has huge implications for advertisers and media companies, with digital advertising spending targeted toward Canadians surpassing $2.5-billion last year. This year, companies are scrambling to measure the effect of all that spending.

"We'll likely see far great adoption of tools that help validate ad delivery," the report read. "This will allow more confidence in this medium as an advertising channel and better overall advertising return on investment."

The average Canadian sits in front of their computer for a whopping 45.3 hours a month, taking in content from some 98 websites. That's a lot of content, because once they hit those web pages, they amass an average 3,781 page views a month.

"No matter which measure you use, Canadians always score high in online engagement," said ComScore's Bryan Segal. "It's hard to put a finger on why. We talk about things like the weather and geographic layout of the country as reasons. But we definitely see that Canadians are really big on content viewing."

The ComScore report tracks Internet usage in 11 countries. The United States had the second heaviest usage, with 38.6 hours per person.

Which sites Canadians visited depended largely on their household incomes.

Those with a household income above $60,000 spent more time on sites dedicated to politics, education, online trading, books and business news. Those under that threshold? Their focus is on sites about dating, travel, gambling, music and cars.

Visits to pornographic websites were not included in the report.

Regardless of household income, Canadians spent a lot of time on social networks. The average male spend 6.5 hours a month on sites such as Facebook, ComScore reported, while women spent 8.8 hours.

While ComScore said social networks are rapidly expanding their user base, it added that Facebook was "nearing a point of visitor saturation" in Canada. Still, it remains the preferred destination of most Canadians – the term "Facebook" was the No. 1 search query in the country to close the year.

"Other social networks' visitor bases are posting strong growth, including Twitter, LinkedIn and Tumblr," ComScore reported. "Engagement on many social sites is trending upward, with Facebook driving the large majority of the increase in total minutes and page views for the overall category."

Both sexes are also spending more time watching videos, with usage up 58 per cent in the past year. Half of all videos viewed in Canada originate from YouTube. Those under 35 years old are the heaviest users, and prefer to watch entertainment videos – in the fourth quarter, more than five million entertainment videos were streamed in Canada.

News was the next busiest category, with 259,000 videos played.

"What's really amazing about the YouTube stats is that Canadian content is very popular," said Google Inc. spokesperson Wendy Rozeluk. "I think Canada has always been an early adopter of technology, and broadband penetration is really great in comparison to other countries. We can debate why that is, but the point is we have had broadband for so many years and that has probably allowed us to be very savvy users."

While the report focused on time spent in front of a computer screen, it also found that 45 per cent of Canadians have a smartphone. Most respondents said they use theirs to access news and social networks or check the weather.

ComScore tracks usage among those aged 15-years-old and up. In Canada, 40,000 people agreed to have their usage tracked (that number is proportionally adjusted for each country). ComScore also has its codes embedded in an estimated 75 per cent of all websites, and uses them to track web traffic and where it's coming from. 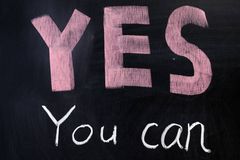 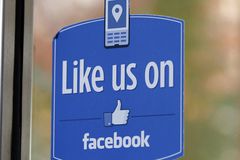 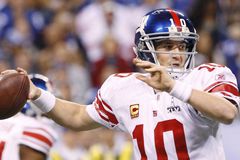 Is the Huffington Post the future of journalism?
February 29, 2012 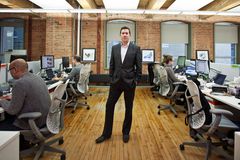 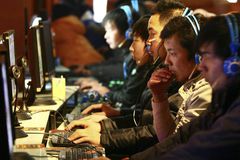