Canadians who have felt the sting of small print in their cellphone contracts are going to get some relief.

The federal telecommunications regulator announced on Thursday plans to end complicated contract language used by the country's wireless carriers. It is also considering whether to create rules on cancellation fees, a flashpoint with Canadians who are generally locked into three-year agreements that limit their ability to switch carriers.

As a first step toward forming a national code, the CRTC is launching a public-consultation process to gauge consumers' views on new rules on the sale of wireless services for smartphones and tablets. It will also hold a public hearing in January.

The move to create mandatory national standards in the $18-billion wireless market represents the biggest step the commission has taken to regulate the industry since the early 1990s, when it deemed there was sufficient market competition to merit a more hands-off approach.

Its decision also signals that under new chairman Jean-Pierre Blais, the CRTC is building on a new push to fight for consumers.

Over the course of four months, Mr. Blais has created the new role of chief consumer officer and delivered two television rulings that favoured consumers.

The CRTC says its main concern with cellular contracts is their increasing complexity, which has made it difficult for the more than 27 million who have wireless devices to make informed choices about where they spend their money. Canadians are among the world's heaviest users of smartphones, and there has been a torrent of complaints about the opaqueness of contracts.

"In the past, Canadians have told us that contracts are confusing, and that terms and conditions can vary greatly from one company to another. We are asking them to assist us in developing a code that will help them better understand their rights as consumers and the responsibilities of wireless companies," Mr. Blais said in a statement.

Specifically, Canadians are being asked to weigh in on the code's provisions and its enforcement. A wide variety of issues are under consideration, including forcing carriers to use easy-to-understand contract language, proper disclosure of prices and fees, rules governing contract changes and the bundling of services in addition to providing new clarity to consumers about contract cancellations, expiration and renewals.

Consumer advocates say that cancellation fees are often a flashpoint with Canadians. The advocates note that even though the CRTC is not mulling outright price regulation, it could opt to follow the example of Quebec, which requires carriers to pro-rate termination fees to soften the blow on consumers.

"You don't want your cellphone to be a weapon that gets used against you," said John Lawford, executive director of the Public Interest Advocacy Centre. "Let's face it, we wouldn't be having this conversation two years ago. It's a big deal to even have [the CRTC] talk about this stuff."

Winnipeg resident John Lange says he has numerous pet peeves about cellphone contracts, but some burn more than most. "Once I've paid off the 'free' phone, the contract should end and the price should drop to reflect the fact that the phone is paid for," he told The Globe and Mail in an online poll.

The CRTC's consultation also comes after major wireless carriers urged it to develop a national wireless code earlier this year after many provinces either proposed or implemented laws of their own. Those companies have said they prefer to have national standards rather than having different rules across the country – a patchwork approach that drives up costs.

"We welcome the new CRTC Chair's focus on the consumer and we believe that a National Code is just one of the positive results that can be achieved," said Ken Engelhart, Rogers' senior vice-president of regulatory affairs.

Tony Lacavera, CEO of Wind Mobile, called it a "victory" for consumers but stressed the code must have "teeth" to be effective. "Canadians need a code of conduct that is both mandatory and with enforceable consequences for breaches," he said. 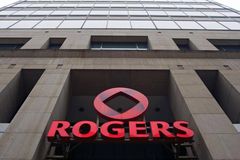 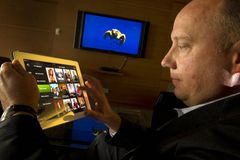 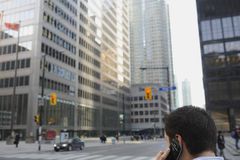 Glentel to handle Target’s wireless offerings in Canada
May 9, 2018 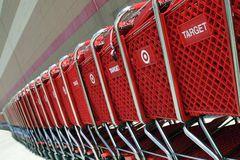 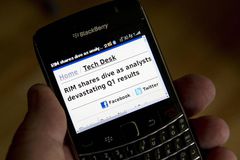