The Harper government will overturn the CRTC's decision that effectively ends "unlimited use" Internet plans if the regulator doesn't rescind the decision itself.

He confirmed reports by The Globe and Mail and other media that the Tories were prepared to take this step.

"True. CRTC must go back to drawing board," he tweeted after being asked if it was true the government would act "if the CRTC does not back down."

Given this ultimatum from the Tories, the options facing the independent regulator are to reconsider the ruling of its own volition or see the cabinet use its power to reverse it.

Mr. Clement later defended his decision on Twitter, saying: "This is about forcing a single business model on all competitors. I'm for market choice."

The Harper government has taken a keen interest in the CRTC ruling that's sparked a massive consumer backlash and caught the attention of all political parties in Ottawa.

Mr. Harper has personally intervened on the file to signal his displeasure this week.

If the Harper government is forced to act, it would mean that independent Internet service providers would not be forced to switch to per-byte billing from "unlimited access" accounts.

It would not prevent the big Internet providers from continuing to use metered billing as they have for years. But the fact that smaller providers could offer unlimited accounts has likely acted as a competitive check on the market and helped keep prices from rising.

Earlier Wednesday night, Mr. Clement turned up the heat on CRTC chair Konrad von Finckenstein on the eve of the regulator's Commons committee grilling over the decision.

The minister used his Twitter account to broadcast his unease about the ruling, raising the stakes for Mr. von Finckenstein's appearance Thursday.

The regulatory chief has been called on the carpet before MPs to explain the Canadian Radio-television and Telecommunications Commission ruling.

Mr. Clement, who only this week announced his government is probing whether to overturn the decision, late Wednesday served notice that he will be closely scrutinizing the comments of Mr. von Finckenstein, the very regulator whose decision he's now second-guessing. The CRTC is independent but cabinet has the power to amend or rescind its rulings.

Using his Twitter instant messaging account - followed by more than 8,300 people, including journalists and many in political circles - Mr. Clement hammered home how skeptical he is of the CRTC decision concerning what Internet providers call "usage-based billing."

"I'm looking forward to the CRTC chairman's appearance before the House Industry Committee … to explain his support for the UBB decision," the Industry Minister said via Twitter.

To drive home his point, Mr. Clement quickly added: "I remain very concerned by the UBB decision of the CRTC and look forward to my review being completed ASAP."

Mr. Clement is the most avid Twitter user in the federal cabinet, having posted more than 2,500 messages. He's shown a knack for careful tweeting that avoids missteps. While he discusses music and his personal life, his political-themed messages are normally worded to make a point rather than repeat blandishments.

Mr. Clement and the Harper cabinet have overturned the CRTC before, of course, by striking down the regulator's ruling that Globalive, which now operates Wind Mobile, couldn't launch service in the regulated sector because of foreign financial backing.

A CRTC official said this week the agency has received thousands of complaints about its decision, which allows large Internet providers such as BCE Inc.'s Bell Canada to charge smaller providers who lease space on their networks on a per-byte, or usage, basis.

On Tuesday, Prime Minister Stephen Harper himself took the unusual step of intervening in the controversy, putting more heft behind Mr. Clement's move to review the CRTC ruling - a strong sign of the Conservatives' displeasure with the regulator's decision.

It's an unwelcome development for major Internet providers, which have fought for years for the CRTC ruling that effectively ends "unlimited" Internet download plans.

The Conservatives have made it clear they are on the side of consumers and small business in this dispute.

"We want to ensure that the Internet is available for consumers, small businesses, innovators and creators. That is what we are all about," Mr. Clement told the Commons Wednesday. 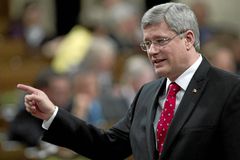 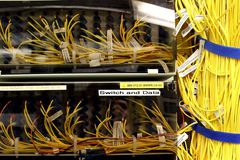 Second-guessing the CRTC comes at a price
February 2, 2011
What is a fair price for Internet service?
February 1, 2011 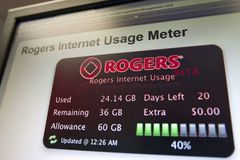 updated
Harper steps into Web dispute
February 1, 2011
Does Internet-billing decision make Canada ‘a digital backwater?’
February 1, 2011
Internet usage caps draw ire of business
January 28, 2011
Usage-based Internet ruling draws fire
January 25, 2011
Follow Steven Chase on Twitter @stevenchase
Report an error Editorial code of conduct
Due to technical reasons, we have temporarily removed commenting from our articles. We hope to have this fixed soon. Thank you for your patience. If you are looking to give feedback on our new site, please send it along to feedback@globeandmail.com. If you want to write a letter to the editor, please forward to letters@globeandmail.com.
Comments are closed