In an effort to find a compromise in the war of words with its most prolific users, Twitter Inc. has issued a flip-flopping statement that confirms major changes to a core feature of the service.

Twitter has confirmed that it will switch from a real-time feed – which displays the most recent tweets – to one powered by algorithms to display "the best" tweets out of chronological order. Eventually the algorithm will become the default (although users can still choose to opt out).

The announcement comes on the same day it will report earnings for its fiscal year 2015, and Twitter's challenge will be to reassure investors that it can update the service to boost slowing user-acquisition growth.

"Starting today, you can choose a new timeline feature that helps you catch up on the most important tweets from the people you follow," Wednesday's statement reads, referring to a new filtered version of the timeline that is curated by a computer algorithm.

Up until now, the 10-year-old social network has organized tweets by the most recent, in reverse chronological order. Twitter referred to the new algorithmic option as a way to see "the most important tweets from the people you follow." As of today, the option to choose the algorithm will be live in Twitter's settings on iOS, Android and Twitter.com labelled "Show me the best Tweets first."

"The choice is theirs, depending on how they prefer to receive and engage with the tweets in their timeline," said Cam Gordon, senior communications manager of Twitter Canada. Or so it would seem at first.

However, as late as Tuesday, the company was still mulling whether the algorithm would immediately become the default option that users would have to opt out of if they wanted to keep the status quo. In a line at the end of Wednesday's statement, the company acknowledged that at some point in the future algorithms will in fact become the default: "Over the coming weeks, we'll turn this feature on for you and send a notification in your timeline when we do. If you love it, great – we love it too! If you don't, you can easily turn it off in settings."

The indeterminate delay in changing the default timeline seems to reflect Twitter's attempt to acknowledge the vocal distaste many of its most loyal users, celebrities and media members expressed for algorithmic sorting. When the first rumours of the changes circulated last week, thousands of hard-core tweeters began to decry the idea under the #RIPTwitter hashtag, which was tweeted 1,700 times a minute at its peak. By Tuesday the hashtag had been tweeted 1.4 million times.

"So not thrilled about this algorithm change. I want to see it all; not what an algorithm thinks I should. #RIPTwitter #Twitteraunatural," wrote actor William Shatner. Lin-Manuel Miranda, creator and star of Broadway sensation Hamilton, rhymed his displeasure: "Twitter if you / Algorithm / I'll go with 'em, / I'll go Rhythm elsewhere / #RIPTwitter / Dontdothisthing / #Thisisadumbthing".

The tide of rage rose so high that on Super Bowl Sunday Twitter CEO and co-founder Jack Dorsey issued his own tweets to beat back rumours that user choice would be taken away. "Regarding #RIPTwitter: I want you all to know we're always listening. We never planned to reorder timelines next week. I *love* real-time. We love the live stream. It's us. And we're going to continue to refine it to make Twitter feel more, not less, live!"

Indeed, even when using the algorithmic timeline users will be able to swipe or tap refresh to switch back to the most recent tweets, or turn the algorithms off entirely in the settings.

Twitter has previously experimented with non-chronological ways to collect and present tweets. While You Were Away – a collection of tweets from your followers that received a high level of likes or retweets that users see after several hours of not checking the mobile app – is the closest to the new system. Highlights and Moments were also attempts to curate tweets either by pure popularity or through human editors aggregating and promoting popular posts.

In a hint about what Twitter hopes to get out of an algorithmic feed, Wednesday's statement included this line: "We've already noticed that people who have used this new feature tend to retweet and tweet more, which is good for all of us."

Many of those tweeting #RIPTwitter expressed frustration that the short messaging service was trying to "become Facebook," which has applied increasingly more complex filters that give unequal weight to favoured content on its main News Feed since 2009. A much quoted survey of 40 Facebook users by the University of Illinois suggested that 62.5 per cent of Facebook users didn't even know an algorithm decides which video, friend post or news site to promote in your feed.

Some have argued that Twitter users don't know what they want, since Facebook's filtered feed has not stopped its growth into the world's dominant social network with 1.6 billion monthly active users. During Twitter's third-quarter earnings report, it said it had 320 million monthly active users, up 11 per cent year over year, but only 1.2 per cent from the second quarter.

The brouhaha may seem like unreasonable whining by Twitter's most passionate fans, who may in fact be part of the problem. Twitter has often been described as too difficult to use for the average person with little interest in learning its arcane rules about hashtags, @ replies and retweets. One of the key frustrations for new users is information overload, which Twitter hopes algorithms will address. "You follow hundreds of people on Twitter – maybe thousands – and when you open Twitter, you may feel like you've missed their most important Tweets," its statement read.

Twitter's stock has been on a steady slide since April, 2015, and on Tuesday shares slid to another new low of $14.31 (U.S.). The company went public in 2013, and at one point was valued at more than $40-billion, but the stock – which hit a 52-week high of $53.49 in April – has taken a beating over the last year and the company was worth about $10-billion on Tuesday. Analysts have begun to talk of takeover opportunities. On Wednesday, the stock was up 3 per cent in midmorning trading.

Twitter is also releasing its fourth-quarter earnings after markets close Wednesday. Analysts have been downgrading the stock on fears that Twitter has peaked, and expectations for today are not positive.

"We remain concerned about recent executive departures, ability to grow the company's monthly active user base, and ability to gain traction among newer products like Moments," wrote Neil A. Doshi in a Mizuho Securities research note. Consensus expectations hover around $710-million (U.S.) in revenue, though Twitter has warned revenues could be as low as $695-million. In a departure from previous quarters, Twitter executives will eschew offering commentary on the earnings call and skip right to a Q&A with analysts.

Twitter has also been experimenting with new ad units to extract revenue from existing users. And in recent weeks the company has also made moves to address the harassment some users describe as endemic to the platform, and have cracked down on attempts by terrorist and radical groups to recruit and propagandize on the service.

Whether today's announcements and earnings details soothe investors is up for grabs. Twitter's vocal users will no doubt be making the case that the company's killer app is that Twitter's still the best platform to complain about Twitter.

Four charts that explain why investors are worried about Twitter
February 10, 2016 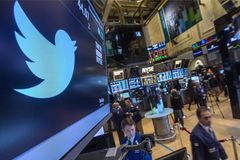 Twitter Canada gets new boss after nearly a year and a half
January 22, 2016 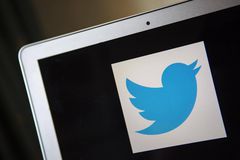