As part of an ongoing effort to set its wireless products apart from those of its competitors, Rogers Communications Inc. says its discount cellular brand Fido will now offer some of its customers home Internet service.

Canada's three national wireless carriers tend to offer similar prices on their main brands, while their discount, or "flanker," brands also have comparable rates, meaning they must find other ways to stand out, emphasizing elements such as network quality or good customer service.

Fido's move is likely an attempt to improve customer retention, because it can be expensive for companies to win subscribers away from competitors, said Greg MacDonald, head of research with Macquarie Capital Markets Canada.

"I think it's an indication that maturity [in the wireless industry] is starting to set in in a noticeable way. So they're focusing a lot more on differentiation to try and lower their churn rate," he said. "Companies like Rogers are going to use whatever they have in the arsenal as a competitive advantage."

In this case, Rogers is leveraging its cable-based home Internet service in Ontario to increase the attraction for Fido wireless customers. Fido said on Thursday that subscribers on postpaid contracts in parts of Southern Ontario and Ottawa are eligible for the $50-a-month offer, which includes 300 gigabytes of bandwidth with download speeds of 30 megabits a second and upload speeds of 5 Mbps.

An unlimited option costs $15 more a month, and non-postpaid Fido customers are charged $20 extra, but the Fido Internet product is less expensive than many of Rogers's own broadband offerings as well as those of its main Internet competitor in Ontario, the incumbent telephone operator BCE Inc.

Mr. MacDonald said BCE's flanker brand, Virgin Mobile, could respond with a similar offer, but the Fido change could be a bigger threat to Telus Corp., which does not offer residential Internet in Ontario.

Rogers has also used content to differentiate its products, including the option of free subscriptions to streaming music, video or magazine services with certain plans on both the Fido and main Rogers brands. Quebec wireless carrier Videotron Ltd. recently began exempting the data used by certain music streaming services from premium wireless plans (the offering is facing a challenge at Canada's telecom regulator).

Carriers have also used international roaming services to separate themselves from the pack. Rogers and Telus have introduced flat-rate daily add-ons that allow customers to draw on their existing data package while abroad. Last week, BCE launched its own roaming add-on that also offers a daily flat rate but does not count the data use against subscribers' monthly plans.

The latest quarterly numbers show Rogers, Telus and BCE each gained about equal numbers of new postpaid customers in the three-month period after many quarters in which Telus led and Rogers lagged well behind it and BCE.

Raj Doshi, executive vice-president of wireless services at Rogers, said the company has been working to make the Fido brand appeal to millennials while the main Rogers brand is aimed primarily at families.

He said market research showed Fido customers value Internet both on the go and at home, which prompted the new offer.

While he thinks the home Internet offer will improve retention, Mr. Doshi added that offering "more value to customers is the primary goal."

"I think when customers have more products available, it is a much better proposition, both from the retention standpoint but also from a value-for-money perception." 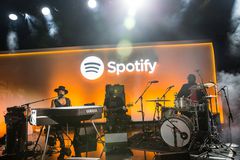 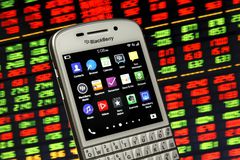 Strategies for cutting how much you pay for your wireless plan
July 12, 2015 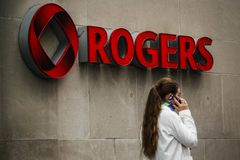