Before RCMP Sergeant Jeff Cameron left his Edmonton office on Friday, Dec. 16, he took a laptop seized in a drug bust, hooked it up to his computer and clicked "run" on digital forensics software created in Waterloo, Ont.

While Sgt. Cameron enjoyed his weekend, the software combed the laptop for digital traces of more than 30 types of instant messaging chat logs and then sorted them in a detailed report. On Monday morning, he strolled into the office to find more than 14,000 instant message conversations had been retrieved and categorized, ready to be handed over to the Mounties' lead investigators.

"We use it on basically every case, on everything from murder to stock fraud to national security," Sgt. Cameron said.

The program was created in 2009 by Jad Saliba, then a police officer and amateur computer programmer assigned to a desk job in the tech crimes unit of the Waterloo Regional Police Service after undergoing cancer treatment at the age of 26. Now, the former cop's software is used by more than 1,100 of the world's most discriminating corporate clients and security agencies, from Barclays PLC and Bank of America to the Federal Bureau of Investigation and the U.S. Department of Homeland Security, not to mention Scotland Yard.

By using Mr. Saliba's Internet Evidence Finder tool, police in the United States were able to gather more than 37,000 MSN instant messenger chats to prove a woman in Michigan spent countless hours on the computer while her disabled, 21-year-old daughter starved to death. Police in New Hampshire used it to gather Facebook chats between a local man and a girl under the age of 16. Elsewhere, national security agencies from the United Kingdom to Australia are using the software on a daily basis, since almost every criminal case these days has a digital element to it and tech crime specialists almost always have a backlog.

"Facebook chat deletes as soon as it's sent. You couldn't find it if you looked – but it's still there" Mr. Saliba says, sitting in a boardroom in the bland industrial park that houses Waterloo's Accelerator Centre, a business incubator where his company, JADsoftware, is based. "Especially with the size of hard drives these days, there's so much information left behind. It can work to help the person accused, or against them."

Large, publicly traded corporations are also using the software to discourage employees from leaking confidential information or discover attempts at economic espionage. Companies like Northrop Grumman Corp., the massive American defence contractor, use it to ensure valuable engineering designs don't find their way out of the building. Before, the RCMP's Sgt. Cameron says, investigators had to manually search each hard drive for particular terms – a time-consuming task that was inefficient and often imprecise.

Many people assume digital records of chats and instant messages aren't saved or catalogued. But that's not the case, and if something's been typed into a computer, it's likely that Mr. Saliba's software can find it.

The privacy implications of this are a bit eerie, especially since one of JADsoftware's client testimonials on its website is from a police officer who says he's going to encourage parents to download the software in order to help them "watch their children's [online]activity."

But for those who seek to commit crimes, the software is a reminder that the state hasn't lagged as it chases criminals, potential and proven, into the digital future.

Mr. Saliba originally gave the software away to law enforcement agencies, and allowed word of mouth to carry it to its current lineup of 1,100 customers. His company now charges between $800 and $900, with a yearly support and maintenance fee of about $200. Mr. Saliba recently partnered with Adam Belsher from nearby Research In Motion Ltd., a seasoned marketing and sales executive, who will help guide the startup company's growth.

The next big prophet: A social network soothsayer
January 2, 2012 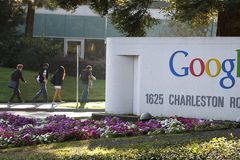 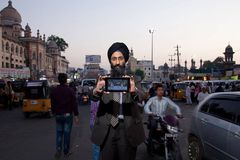 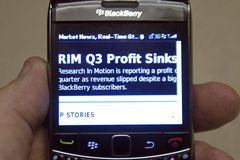