The U.S. antitrust probe into Google Inc. could hem in its growth ambitions for years, even if regulators do not unleash their most formidable weapons: Seeking a breakup of the Internet giant or exerting control over its cherished search algorithm.

The Federal Trade Commission's probe into business practices at Google, announced last month, puts it in the company of Microsoft Corp. , IBM and other once-dominant businesses that landed in the government's crosshairs. In perhaps the most drastic case, the process led to the break-up of AT&T Corporation.

Some analysts and investors believe Google will strike a settlement with the government to avoid the distraction and business risk that would come with a prolonged court fight.

But they also note that a worst-case outcome could curtail Google's growth prospects and undermine its position at the top of an increasingly competitive Internet industry, with Facebook, Groupon and others already stealing the limelight.

David Balto, a former policy director for the FTC, said government efforts to oversee Google's day-to-day operations could cramp its ability to innovate.

"It would be like putting mittens on Da Vinci's hands," he said. "We'd still get paintings but they would be nowhere as brilliant."

Balto and other legal experts say a break-up of Google is nearly inconceivable, however. Forced divestitures of business are considered an extreme measure that regulators are loath to take for fear of hurting innovation and business efficiencies.

Nor is it easy: a federal judge sided with the regulators in 2000 and ordered software giant Microsoft split into two companies, but the decision was overturned on appeal.

"An antitrust investigation like this is of the utmost importance to a company like Google," said Robert Lande, a director at the American Antitrust Institute, who formerly worked for the FTC's bureau of competition. "The worst-case scenario could be very dramatic consequences."

He stressed however that at this stage it's impossible to predict how the FTC will act and noted that the agency drops many investigations without ever bringing charges. The AAI has said it supports the government investigation into Google but has not taken a position on whether any remedies are required.

Easier than dismantling mergers, in which Google could argue that extricating acquired technology from its services would cause severe disruption, is preventing new mergers, say legal experts.

Regulators have started taking a harder look at Google's acquisitions, such as last year's AdMob and travel software company ITA Software. While Google ultimately got the green light to complete both of those deals, some analysts and investors worry that it may not be as lucky in the future.

To stay relevant, Google needs to constantly adapt to the times, revamping and expanding its offerings. Last year Google acquired more than 40 companies.

"The biggest risk is that they would feel encumbered by whatever decision is made in order to expand beyond their core search business," said Evercore Partners analyst Ken Sena.

"If Google doesn't feel like they can really adapt their product or add new features, that itself is a pretty big negative."

For now, Wall Street appears to be more concerned with Google's financial performance. Shares surged more than 13 per cent on Friday after stellar second-quarter results. Google executives on the earnings conference call were not asked a single question about the regulatory scrutiny.

Google has said little about the FTC probe since disclosing it last month, other than saying that it does not believe it has done anything wrong and will work with the commission.

But the pressure is mounting. The company also faces antitrust investigations from several states and in the European Union, and has begun bulking up its legal team with antitrust experts and lobbyists.

Critics contend that Google's uses its search dominance to gain an unfair advantage over rivals, giving top-billing to its own services such as online maps, shopping and travel.

The allegations have put a spotlight on Google's algorithm, which uses hundreds of "ranking factors" to determine which Web sites float to the top of its search results.

The algorithm is the closest thing to a state secret for Google, and fiercely protected by the company. Meddling with it could be a complex and onerous process for the government.

"If the problem relates to bias in search results, that's extremely hard for any governmental agency to rectify," said David Yoffie, a professor at Harvard Business School.

One antitrust remedy, known as a "must-carry" rule that effectively forces a monopoly to provide access to competing services, is not as clear-cut with a search engine compared to requiring a cable television provider to carry certain television stations, explained Yoffie, a former member of the Justice Department's commission on international anti-trust.

"You say that sounds like a good idea, but then you say - OK, well, which five competitors do you show?," he explained.

"It's a lot harder in Google's case because they have so many software products and services that one could argue that they are favouring with their search," he said.

Some see a potential model in the government's policing of Microsoft, in which an expert committee was created to oversee some practices and look into complaints on case-by-case.

"They were all over whatever Microsoft was doing," said Gary Reback, an antitrust attorney who was involved in the Microsoft case and now represents clients opposed to Google.

A similar committee could provide an effective way to look into complaints of favoritism in Google's search algorithm, Reback said. 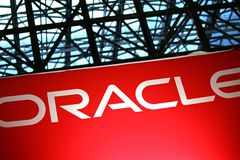 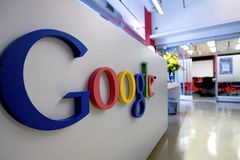 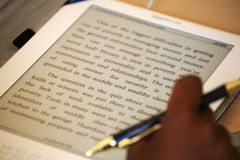 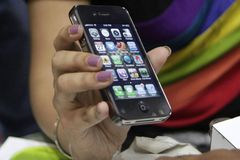