Two of the world's biggest technology companies are bolstering their efforts to harness personal data in the intensifying fight for online advertising revenues.

Facebook herded Madison Avenue advertising professionals into the American Museum of Natural History in New York on Wednesday and unveiled new features for brands and corporations to reach the service's 845 million users. The company's famed chief operating officer, Sheryl Sandberg, revealed revamped Facebook pages and timelines that companies can use to interact innocuously with Facebook's vast user base.

On Thursday, a new privacy policy comes into effect at Google Inc. that allows the Internet search giant to sweep together a person's data across its various services, from YouTube to Gmail and Google +, in an effort to better target the person with ads based on their personal preferences.

Both companies are vying to be the main portal that people use to access the Web. But as users continue to leave digital traces through search histories and willingly offer up personal details through social media, the Web's earlier advertising models continue to change. People are now spending more time online and are revealing more about themselves than ever before, and the technology world's titans are trying to cement their dominance by outdoing each other in keeping users within the fold, for longer and in a more engaged way – and then offering up access to advertisers in ways that are transforming previous notions of online privacy.

"What Google wants to do is create a more Facebook-like experience," says Carmi Levy, an independent Canadian technology analyst. "We spend a lot less time lingering on a Google service than on a Facebook one. We're spending more time socializing, less time searching – and that's a huge red flag for Google."

For Facebook, the new changes are about taking a business model that provides users a sleek, free ecosystem in which to communicate with friends, post photos and "Like" friends' links with a light smattering of ads and more deeply integrating companies and brands into news feeds. It was also revealed this week that the global micro-blogging service Twitter is partnering with the British firm Datasift to offer up access to its millions of users' archived tweets for marketing purposes.

At Google, there are no drastic privacy changes: The company has long stored users' data, and the tweaks will merely allow the company to package together disparate pieces of one person's data to offer a fuller picture to advertisers – based on location, for example, or repeated searches for a certain product.

But for Google, the fight is more about survival – solidifying its business model in a world that is shifting toward links shared by peers via Twitter or through Facebook. Google has repeatedly failed to make its services more social, and has recently prioritized in search results Web pages shared via its new, and relatively lightly used, social media service Google+.

Google's incoming privacy changes have also raised the ire of some privacy advocates, prompting eight bi-partisan lawmakers in Congress to send a letter to the company. In a statement, Google said the updated policy "will make our privacy practices easier to understand, and it reflects our desire to create a seamless experience for our signed-in users."

"We've undertaken the most extensive notification in Google's history, and we're continuing to offer choice and control over how people use our services."

Forrester Research analyst Fatemeh Khatibloo wrote in late January that Google "is making a full-court press to become the nerve centre of our digital lives" by making the experience more seamless, but noted that it is currently too complicated to opt out of the new system.

The consumer-protection-focused Federal Trade Commission does not seem to have too many qualms with Google's new privacy policy. In an interview on C-SPAN, the commission's chairman, Jon Leibowitz, said Google was offering a "fairly binary and somewhat brutal choice" to consumers, but said he assumed that few people would opt out.

"Google, in what it's doing, is giving a clear disclosure," he said. "Consumers will be able to make a choice. And maybe, by the way, you have some competition over privacy policies – which would be a good thing."

– Doing that will allow Google, which profits through advertising, to more accurately target users with its ads, based on a person's location, e-mail conversations, search history and preferences.

– Ordinary users can still use Google services that don't require a Google account, such as Google Search and YouTube.

– Google will not start selling your personal information to advertisers.

How to get around the changes

– Use a different browser, such as the latest Firefox version, where you can click on Tools, then Options, and then select "Tell websites I do not want to be tracked." 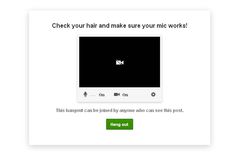 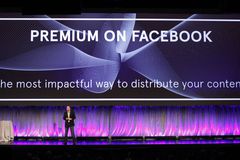 How to put a price on Facebook friends
April 30, 2018
new
Canada's 'most socially networked' title slipping away
May 3, 2018 new
Five issues for Facebook: Mark Zuckerberg is one
May 11, 2018 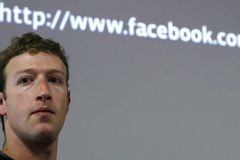