Canadians aren't likely to ditch their television providers any time soon, according to Deloitte Canada, regardless of how much they want to cut their monthly bills with alternative services.

The consulting company released a report Tuesday that said 99 per cent of those who subscribe to paid television service through traditional cable, satellite and IPTV providers will remain customers throughout 2013 because they don't want to miss out on live programming and the reality shows that everyone talks about incessantly after they air.

"They want to be smart and use their technology," says John Muffolini, a partner at Deloitte and leader of its technology, media and telecommunications group. "But it doesn't usually work out that way in the end despite their best intentions."

The report suggest that those who do follow through will be motivated by "macroeconomic conditions, a perceived lack of value of pay TV, growth in over-the-top video services and changing TV consumption habits."

So about 1 per cent of Canada's 11-million television subscribers will cut their cord this year – is that more or less than we've seen in the past?

That's really what we've seen through the conversion. The issue has always been that you see predictions in the media about this huge fallout from services like Netflix and there just hasn't been.

You say in the report that a bigger threat to companies may be younger people who've never subscribed?

Young people who are affluent may end up being "never corders" instead of "cord cutters." But by and large we haven't seen that big migration yet.

Why? It seems like everyone I know has cut their cord.

There has been some cord cutting, but people are very dependent on cable companies and broadcasters. People want sports and reality shows, and they have the rights. They can go to other services, but they may have to wait weeks or months.

So people talk a big game when they talk about cutting their television bills – but they don't seem to follow through.

That's what we've seen from polling. You get a big number of people seriously considering it but when you look at the numbers it doesn't ultimately translate into people disconnecting. I think people are willing to accept new technology and say they want to be smart, but ultimately the old technology sticks and they aren't willing to change. The idea is nice, but you lose some comfort when you cut your service. The media talk about it a lot and they interview people who probably believe what they are saying is true, but when it comes time for action you don't see it happening.

You also say someone who pays $100 a month for TV may save only $5 by cutting their service, because they'll just end up using more bandwidth?

That's part of the issue. For a lot of folks, the cable company also provides the Internet that will deliver over-the-top products (such as Netflix). So they have some control over the bundling, and if you're streaming the equivalent amount of hours that you were watching television then the data costs will probably mean the savings won't be as significant as you think.

This report addresses the people who are finding legal ways to watch television. How big is that grey market of thieves and pirates?

It's hard to say, the data we're looking at assumes normal legal channels. Some past studies have suggested as much as 12 per cent of the streaming content is pirated. The legal market is growing, but there is still that element out there. But, that's not really what we're looking at here. 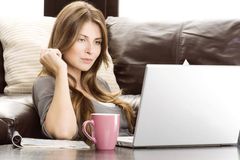 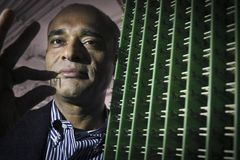 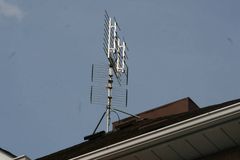 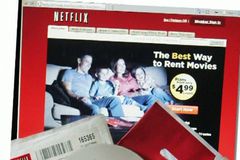 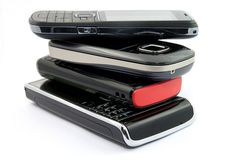