Does Canada have a sellout problem?

That's the question raised every time a large foreign company buys a smaller Canadian one, and it came up again on Monday with the announcement that U.S. chip maker Intel was buying PasswordBox, a Montreal startup that offers a secure password management service.

Founded by serial entrepreneur Daniel Robichaud in 2012, PasswordBox got early funding of $6-million from OMERS Ventures. OMERS director Damien Steel called Monday's deal an outcome that rewarded all stakeholders, though terms of the deal were not announced.

"We never invest planning on quick exits," said Mr. Steel. OMERS tends to invest in companies that are already showing big growth, or have huge potential markets. PasswordBox service has seen 14 million downloads, though it has competition in similar offerings from 1password and Dashlane.

Intel plans to offer PasswordBox's services as part of its Intel Security business, which also includes McAfee firewall and anti-virus software. "The acquisition is expected to support future innovations that will be announced at a later date," the company said in a statement.

Eugene Bomba, a leader at accounting firm PwC's Emerging Company Services, would like to see more Canadian startups have the confidence to try to grow bigger before selling.

"I still think there's a shift that needs to happen where Canadians are building for bigger," Mr. Bomba said. Earlier this year, when his group surveyed 150 startup CEOs, they found 63 per cent expected to be acquired. While 48 per cent thought their companies would be acquired within four to six years, 40 per cent thought it would happen sooner. Only 22 per cent had no plans to "exit" or sell their company.

There are benefits to selling when the right opportunity presents itself, however, said Lloyed Lobo, a partner in Boast Capital, based in Sunnyvale, Calif., noting entrepreneurs have to consider their families and their tolerance for risk.

"Let's face it, the odds of becoming a unicorn [a billion-dollar startup] are slim to none," he said. "Taking bigger risks and raising more money means diluting yourself further and risking walking away with nothing. And a small win is a huge motivator to aim higher next time."

Serial entrepreneur Ben Baldwin sees a lot of the North American startup scene in his business – he founded ClearFit, a startup focused on pairing workers with employers – and thinks the main reason Canadian firms embrace the buyout is the lack of domestic success stories. "We don't have IPO stories up here," he said. There's no Canadian Twitter or Facebook, or even less successful examples like Groupon (which recently bought Canadian startup SnapSaves). But, Mr. Baldwin noted the pace of acquisitions is actually much greater inside the United States. "U.S. businesses just have so much cash, right now, I see a lot of offers being made that people can't refuse."

"Are we selling too early? I actually don't see that," OMERS' Mr. Steel said of Canadian startups, adding that in the past four or five years he's seen more and larger rounds of funding, rather than an increase in acquisitions.

Recent examples of Canadian companies attracting major funding and market success include Vancouver social media platform Hootsuite, Toronto's cloud-based accounting software provider FreshBooks and Ottawa's e-commerce darling Shopify (OMERS has stakes in Shopify and Hootsuite). For an early stage investment such as PasswordBox, OMERS is like a lot of venture funds in that it's looking for a 10-times return.

"There's this idea we need to be growing billion-dollar businesses to put Canada on the map," said Mr. Steel, who thinks that "just blindly trying to grow to a billion" shouldn't be the goal. "The best thing we can do as a VC industry is to drive significant returns. If we can prove that Canada is a place where you can generate top returns, you will naturally see big companies here."

OMERS Ventures, which has $430-million under management, with about half of that invested in companies such as Hootsuite, Busbud (which connects travellers to bus operators), InteraXon (makers of the Muse brain-sensing headband) and Vidyard (a video marketing platform), is betting it will raise a unicorn in Canada eventually. It has only one U.S.-based investment (in a startup called DogVacay, a sort of AirBnB for pet boarding). How universities are growing the next generation of billion-dollar startups
June 11, 2014 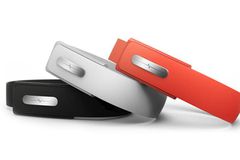 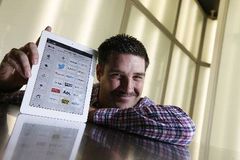