Channel surfing has taken on a whole new meaning.

Whether it is the dark, dapper Don Draper on Mad Men or the friendly dysfunction of Modern Family, viewers are no longer watching their favourite shows on just a television set. More consumers are using Web-based services for video content – a shift in viewing habits that is rekindling a fight over how television should be regulated and, most importantly, over who should pay the millions of dollars in subsidies that keep Canadian TV production afloat.

Under the current system, both cable and satellite companies and TV broadcasters are required to pay a certain amount of money to fund the production of Canadian programming. But they are competing with new services – most prominent among them Netflix, which now has more than 800,000 Canadian subscribers – that pay nothing.

This leaves the CRTC with the difficult task of levelling the playing field for competition in media when the Internet is in effect used as a loophole to get around Canadian regulations. Media players both new and old weighed in on the issue this week, which marked the deadline for comments on the CRTC's current fact-finding mission on Internet television – also known as "over the top" broadcasting.

The regulator last examined its policy on new media just two years ago. It decided at the time that "the absence of established viable business models" for Internet broadcasting meant there was no need for more regulation of new media players.

But the rapid growth of Netflix in Canada since its launch last September has proven that online TV is a business of its own. Netflix has said its Canadian unit is on track to be profitable by the time it reaches its first anniversary.

Some companies argue that the logical answer is to loosen regulations for everyone.

"In light of the way competition is developing … we think the current framework of regulations and subsidies to support Canadian productions is just not sustainable," said Ken Stein, the senior vice-president of regulatory affairs for Shaw Communications Inc., which bought the Global television network and other former CanWest TV assets last year.

But that argument has rung alarm bells among those who make television in Canada. In a joint submission sent to the CRTC on Tuesday, groups representing TV writers, directors, actors and producers argued that the very survival of Canadian content will be threatened if companies are not forced to provide support.

"It is now time for the [CRTC]to ensure that these new [over-the-top]players in the system also contribute in an appropriate manner to the creation and presentation of Canadian programming," they wrote.

Many of the submissions to the regulator this week forecast the arrival of more foreign Internet video services following Netflix's lead in Canada. Apple Inc. already offers movies and television shows for purchase through its iTunes store, a slightly different model to the flat monthly rate of a Netflix subscription. Google and other companies could also look north; in the first six months that Netflix operated here, online video viewing among Canadians grew by 37 per cent.

Canadians devote 388-million hours every month to watching videos online, according to data from comScore released in March.

New media players argue that imposing regulations on Internet video content could leave Canadians on the outside looking in, in terms of innovation.

Canadian content is thriving on YouTube, he said, noting that contributors who sell ads on the site saw their revenues go up 300 per cent in 2010 (Google does not disclose the dollar amount).

Both Google and Netflix told the CRTC that more regulations are not needed.

"The imposition of … a financial contribution to a fund to support new-release Canadian content … would make [Netflix]more expensive (and hence less affordable) for Canadian consumers," Netflix said in its submission, adding: "[Over-the-top]services are a new vehicle for delivering diverse audio-visual content, including Canadian content, to Canadian consumers, all of which is complementary to the content and services provided by Canadian broadcasters."

"We believe that [online]broadcasting is now firmly entrenched in Canada and will ... have a significant impact on the existing ecosystem. ... The growth of [over-the-top]services in no way justifies any reductions to the contributions which licensed Canadian broadcasters currently make to support Canadian programming."

"Nobody today doubts that, over the next five years, Internet broadcasting will grow at a phenomenal rate, well above that of traditional television. ... Astral will pay more for less, which could ultimately affect the power of our pay television services to attract an audience."

"As it is, Canadians can only be enviously aware of the full range of choices in platforms, content and technology available to US consumers. Imposing broadcasting regulation online would make this situation even worse."

"[Over-the-top]services are a new vehicle for delivering diverse audio-visual content, including Canadian content, to Canadian consumers, all of which is complementary to the content and services provided by Canadian broadcasters. " 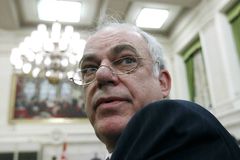 Factors that hinder Canada's tech, digital sectors have nothing to do with UBB
June 23, 2011 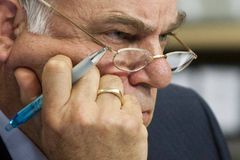