As the future of computing and communications merge, technology giants are battling to dominate the trillion-dollar mobile-phone industry. Apple and Google already make phones, with Microsoft playing catch-up. Its purchase of Europe's leading manufacturer, Nokia, is to close next month, and last week it appointed its first chief executive officer who is a mobile specialist.

But as the titans clash over market share, Dutch designer and activist Bas van Abel wants to do something quite different – "actually inspire the industry to become more fair."

Fairness rarely comes up in a discussion of mobile phones, given their association with everything from rare metals mined in conflict areas and sketchy labour standards in Asian factories to such technological secrecy that buyers have trouble customizing, let alone repairing, them. (Siri won't even tell you where the iPhone is made.)

Rather than merely preach about such problems, Mr. van Abel is showing how they may be solved. He is founder and chief executive officer of Fairphone, which has set out to manufacture phones as a social enterprise.

It also has a bigger goal: to alter the complicated global supply chain, which runs from mines in the Democratic Republic of Congo to factories in China and, eventually, e-waste dumps in Africa.

From a two-member NGO launched in 2010 to campaign against the use of minerals from conflict areas, Fairphone has grown to a venture with 23 employees, backed by a sprawling network of well-meaning collaborators.

Mr. van Abel brings to the project his twin passions for open design and digital fabrication, and says that using commerce to make a social impact can be highly motivating.

"If I would have asked people to help us solve the war in Congo, then nobody would have had any fun in doing that – it's too big, too abstract," he explains. "But if you say you are going to build a phone together, and you can join and we can change things with that phone, everyone has a feeling toward that."

He also considers purchasing something "a political act," if there's a choice, and says that, "at a certain point, you also have to able to relate more to the products you consume."

Reducing the smart phone's ethical baggage required changing both how its parts are produced and assembled.

Fairphone began by finding conflict-free sources of tin and tantalum (two of the roughly two dozen minerals required), while attempting to improve working conditions for the small-scale miners in Congo who supply them, as well as workers at the plant in China where the phones are produced.

So far available only in Britain and Europe, the Fairphone has a consumer-friendly design that emphasizes both sustainability and openness.

For example, no dedicated charger is required (anything using a mini-USB cord will do) and there are two SIM slots, effectively turning one phone into two, perhaps for home and work.

Mr. van Abel says the first step in making a phone sustainable is to make it easy to fix. Fairphone provides spare parts and simple manuals, thus allowing owners to cut costs and waste by doing their own repairs.

Last May, to raise seed money and test the market, the company mounted a crowd-funding campaign. In three weeks, 10,000 people committed more than $4.3-million to buy the first 26,000 phones, hardly a huge number but enough to suggest consumers have an appetite for values-based technology.

However, building the phone is only one aspect of the campaign. The greater goal is to change entire economic systems and in this way the phone acts as a research project into the globalized economy. Their findings are published in extensive blog posts detailing the complex steps of getting a phone from the earth to your hand.

One thing Mr. van Abel discovered is that "fair" is an ever shifting value. For example, it was decided to buy tin (used in soldering paste) and tantalum (in capacitors) from mines in the Congo to stimulate the economy even if the use of child labour couldn't be avoided. "You want to do things fair, and the first thing you have to do is bribe people in Congo [just to do business there]," he explains. "What is fair in that country? It's totally different from what we see."

Altering the behaviour of an entire industry, especially such a massive one, is an even greater challenger – no easier when your sales are a rounding error for most corporations.

The first phones have been delivered, and a second batch is planned for this summer, with 29,000 buyers already registered online. Of the $433 list price, $5 is set aside for a welfare fund for employees at the plant in China (such things as bonuses, skill training and vacations).

"The real change is that we've created a platform to show there is a demand for these kind of products in the electronics supply chain," he says.

"That's a statement from the consumer" – a vindication for all those industry naysayers who told him values wouldn't translate into sales.

Fairphone aims to grow, but isn't planning a share issue any time soon, Mr. van Abel jokes, adding that Fairphone doesn't have to get big to have an impact. Now that consumers have an alternative, industry leaders like Apple and Samsung will change their ways – or so goes the hope.

In many ways, chasing the dollar is what caused many of the problems associated with the global electronics industry. Fairphone is simply showing that the social-enterprise model is a way that those who want to do business in a different fashion can still make money.

"Profit is a means to an end for us," Mr. van Abel says, "to be able to do what we want – and that is really to create that impact."

Shaun Pett is a freelance writer in Toronto.

Fairphone's ultimate goal is to revolutionize the global electronics supply chain by producing a device made completely of recycled, toxin-free materials that is long lasting and reusable. Here is where things stand.

To reduce waste and allow greater control, the Fairphone features: batteries that are easily replaced, dual SIM capability (turns one phone into two), minimal packaging, no proprietary charger or unnecessary accessories, an Android operating system (with more to come), an uncluttered, user-friendly interface with an indicator for energy consumption.

The casing (30 per cent of overall weight) is made of polycarbonate from recycled plastic, reducing carbon consumption and emissions, while the circuitry and capacitors use tin and tantalum from Congolese mines that are certified to be conflict-free. Serial numbers allow components to be traced as well as verified.

Fairphone vows to 'actively promote' International Labour Organization conventions enshrining reasonable work hours, decent conditions and collective bargaining throughout the supply chain. 'But we also realize that … will take time especially, in countries like China,' so the initial goal is 'a living wage' at the plant where phone are assembled.

When its next-generation model hits North America, Fairphone hopes to have tantalum from coltan that is fairly mined as well as conflict-free, certified fair-trade gold (an industry first), tin that is mined sustainably in Indonesia,

a buyer's choice of operating system and an e-waste network harmful to neither people nor planet.

The view from Netflix's war room at the launch of 'House of Cards'
February 14, 2014 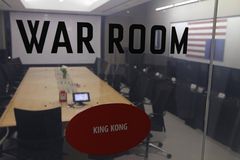 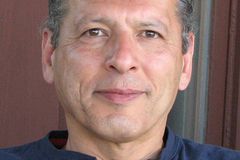