The last time childhood friends Mike Lazaridis and Doug Fregin decided to work together, they ended up inventing the BlackBerry, creating the modern smartphone industry and turning Research In Motion Ltd. into what was briefly Canada's most valuable company.

Now, after revolutionizing the wireless industry and cementing their home base of Waterloo, Ont., as a tech hotspot, the two men have reunited in a business venture that, albeit different, is no less bold.

In an interview Wednesday, Mr. Lazaridis detailed a brand-new, $100-million venture capital fund that he will run with Mr. Fregin. Called Quantum Valley Investments, it is an initiative that pools some of the two wealthy men's money behind a vision to make Waterloo the centre of entirely new industries focused on the immense but largely untapped power of quantum computing.

"I had some time freed up," says Mr. Lazaridis, who stepped down as co-CEO of RIM, now called BlackBerry, in January 2012, nearly three decades after co-founding RIM with Mr. Fregin in 1984. "We have a little bit more financial resources than the $15,000 loan I got from my dad."

Mr. Lazaridis is famous for his passion for physics. He has invested more than $270-million of his own money in the Kitchener-Waterloo region over the last 12 years trying to raise the area's global profile not just for research and innovation, but for taking that research and turning it into products and companies – much like what he and Mr. Fregin, and later co-CEO Jim Balsillie, did with RIM.

From the University of Waterloo's Institute for Quantum Computing to the Mike and Ophelia Lazaridis Quantum-Nano Centre and the Perimeter Institute for Theoretical Physics, Mr. Lazaridis has turned the relatively small university town into a world class centre for quantum computing. This quantum computing technology, essentially, is a much more powerful form of computing that, though largely still theoretical, goes far beyond traditional computers as people know them today – allowing computers, communications technology and other devices to perform a vast number of calculations simultaneously, making them much more powerful at solving certain kinds of problems.

Mr. Lazaridis, who spoke from a 34th storey boardroom in a jacket with a monogrammed shirtcuff reading "M.L.," says he and Mr. Fregin have gradually come to the conclusion that commercially viable spin off technologies are beginning to emerging from scientists' quest to create a fully functioning quantum computer – which he estimates is still at least 10 years away from fruition.

"They actually have spin-off technologies," Mr. Lazaridis says, explaining that him and Mr. Fregin had a sort of epiphany about the commercial potential while visiting a lab at the Institute for Quantum Computing sometime in the last six months.

As for commercial applications, Mr. Lazaridis offered an analogy to the famous science fiction franchise Star Trek, where characters wielded powerful handheld "tricorders" that could scan the surrounding area and living creatures, and that technology is close at hand for commercializing something similar for doctors to do non-invasive scanning of a human being's genetic make up.

The new fund's companies will also have access to an unparalleled, all-star scientific advisory board made up, in part, by former chief astronaut of the Canadian Space Agency, physicist Steve MacLean, and Neil Turok, who was a professor at Cambridge and Princeton universities before heading to Waterloo to head the Perimeter Institute (and to deliver the 2012 CBC Massey Lectures called "The Universe Within: From Quantum to Cosmos). Raymond Laflamme, current executive director of the Institute for Quantum Computing, will also serve on the board, Mr. Lazaridis said.

Mr. Lazaridis said researchers from the region started to approach him shortly after he stepped down from his day-to-day managerial role as co-CEO of RIM -- part of an executive shakeup brought on by the company's devastating market-share losses. "I was much more approachable," he says with a laugh. Because of his experience in the corporate world and his well-known love of physics, he began getting more involved with various companies and researchers – and along with Mr. Fregin, decided to "formalize" what they were doing into a private fund of their own making.

Mr. Lazaridis said that their Quantum Valley Investments fund has already invested in some companies, though he declined to name them. He declined to speak about RIM, where he remains a director, since the company is in a quiet period ahead of its financial earnings at the end of March.

Mr. Lazaridis said he is starting his new project with the hope of turning Waterloo's various institutes, labs and companies into the "Bell Labs of the 21st century" – comparing the future trajectory of what is happening in Waterloo with the famed New Jersey research lab that spawned numerous Nobel laureates, invented the laser, the transistor, the touch-tone telephone and other foundational technologies of the modern era.

"The region has given Canada a seat at the table of the next industrial revolution," Mr. Lazaridis says, eyes gleaming. "This is big for Canada." 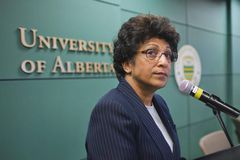 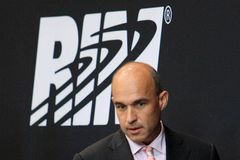 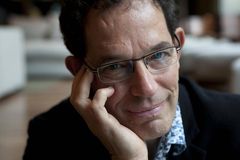 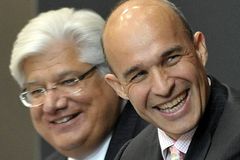