The country's biggest media executives are home from their annual Los Angeles buying spree, after spending hundreds of millions of dollars to bring Hollywood to the north.

Starting on Monday, the big three Canadian broadcasters will hold their upfronts - events at which they try to sell advertisers on the shows debuting in the fall season, which they bought two weeks ago during their visits with the American studios. There was also a new player in L.A. this year sizing up offerings for the Canadian market: Netflix.

The online video service, which launched in Canada last September, had a representative in Hollywood charged exclusively with shopping for content for Canada.

The biggest broadcasters - CITY-TV, which is owned by Rogers Communications Inc.; CTV, owned by BCE Inc.; and Global, owned by Shaw Communications Inc. - each cycle from studio to studio to have their own private screenings of the shows. The smaller broadcasters, such as Channel Zero, which owns Movieola and other specialty stations, and Zoomer Media, which owns Vision TV, also rotate to each studio, attending screenings as a group. Once everyone has seen everything, negotiations begin. It was in that group of smaller broadcasters that Netflix's representative, senior manager of content acquisition Emily Briggs, sat down to watch the fall product.

"I think the studios were salivating a bit, inviting Netflix to the screenings and making sure everyone [among the specialty broadcasters]saw them," said Jay Switzer, the former president and chief executive officer of CHUM Ltd., who was at the screenings this year looking for content for a movie channel he is planning to launch.

The appetizing notion for the studios would be that Netflix's place in negotiations pushes up prices of the rights to popular American shows for Canadian broadcasters.

"It's a bit too soon to know the impact," said Alain Gourd, the chair of the Over-the-Top Services Working Group, a group of Canadian television executives who have asked the Canadian Radio-television and Telecommunications Commission to consider exactly how Netflix should operate in Canada. But Mr. Gourd said Netflix did buy television rights for at least one lower-profile show in Hollywood this year, securing the entire package - including TV rights, which won't be used for the first run - just to lock up the online rights.

Netflix spokesman Steve Swasey would not comment on the negotiations or confirm the representative was there, but said the company is always negotiating to add content to its service.

Bell Media president Kevin Crull did not run into Netflix in L.A., since the representative joined smaller broadcasters for the screenings. But he said digital alternatives were part of CTV's talks with studios.

"Getting a portfolio of rights that extended to all four screens was very important to us, and protecting our investment against 'over the top' was important to us," he said. "...The studios absolutely understand their bread and butter is still conventional television. I take Netflix seriously, but at the same time, television is so dominant."

The U.S. numbers show that Netflix is "a drop in the bucket," Mr. Crull said. In February, 6.5-million Americans watched an average of more than 9 hours of video through Netflix's Internet streaming service. That's about 0.1 per cent of all TV watched in the U.S., according to Deloitte Canada research analyst Duncan Stewart, who crunched the numbers from media-tracking service Nielsen.

But online is still a big factor, and broadcasters are negotiating harder for digital rights along with TV, according to another executive who spoke about negotiations on the condition of anonymity. Broadcasters made it clear they would push back against studios hoping to make extra money by selling online-only rights to more than one buyer.

"If they didn't give multiplatform rights, you'd pay significantly less for linear [TV]rights ... We definitely told the studios, that's the only way we're going to buy," the executive said.

Even though, as Mr. Crull notes, Netflix is not yet stealing away the biggest shows, "over-the-top" services that broadcast over the Internet are challenging to the industry, and especially to its regulator, which is working under old rules.

Last week, the CRTC launched a "fact-finding exercise" to examine the impact of over-the-top services on the Canadian broadcast system. Viewers can watch more television through online services, "which are free of the Canadian programming obligations that their licensed competitors must comply with," CRTC chairman Konrad von Finckenstein pointed out in a speech to the Broadcasting Invitational Summit earlier this month. "When [broadcast] licensees lose audience shares, they have fewer resources to carry out those obligations."

Broadcasters are still depending on traditional television advertising revenues for those resources - making this week a crucial time for their businesses each year. However Netflix pursues its content, its level of activity in Hollywood this year is a sign that the very definition of TV is expanding, and the businesses that bring it to Canadians will need to woo those advertisers, as they continue to bid for more content on more screens than ever.

"There's clearly a change in the way audiences are consuming media," Mr. Switzer said. "Is it a challenge to the old business model? Yes. Is it a good thing? Yes, because our audiences are better served." 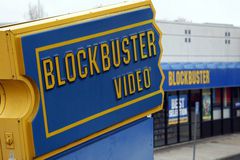 Netflix pushes into Latin America
May 9, 2011