The company that created Super Mario is struggling to find its place in an Angry Birds world.

Nintendo Co. Ltd.'s stock price dropped more than 6 per cent this week after the company posted dismal earnings projections, saying full-year losses will be about ¥65-billion ($840-million), or three times more than it had predicted in October.

"We had higher expectations for the year-end season, but failed to meet them," Nintendo president Satoru Iwata told reporters in Osaka, according to Reuters.

Some of the company's woes stem from the stronger yen (Nintendo holds much of its cash in foreign currencies). But more broadly, the firm behind some of the best-selling consoles and video games of the past 30 years has had difficulty holding on to casual gamers who now have the option to play simple, inexpensive games on their smartphones and tablets – devices that, unlike Nintendo's products, can be used to do myriad other tasks as well.

"Some of the market is moving to a smartphone ecosystem and that's taking a lot of adults and kids out of the market for Nintendo's handhelds," said Rob Enderle, who runs the Enderle Group, a California-based technology research firm. "The time for a standalone system is clearly on a waning path."

Since it released the Game Boy in 1989, Nintendo has been responsible for some of the best-selling handheld gaming systems of all time: The Nintendo DS and its various upgrades and variations, first released in 2004, have sold a combined 150 million units worldwide. Likewise, the worldwide video game industry has exploded in the past 20 years, and is now estimated to be worth about $65-billion (U.S.) annually.

But in recent years, the popularity of iPhones, iPads and other mobile computers has cut deeply into Nintendo's handheld market, as consumers opt for a combined communication/entertainment/information device rather than a single-purpose gaming system. Indeed, the investment bank Digi-Capital estimates that mobile gaming will make up half the industry's revenue by 2014.

Nintendo tried to counter this trend by introducing more powerful and innovative systems, such as the 3DS, released last year, which allows users to play games in 3D. But sales have not been as strong as the company anticipated, and projections for full-year 3DS sales have also been revised downward to 14 million from 16 million.

The Japanese company's negative forecast comes the same week Apple Inc., the company perhaps most responsible for the most recent mobile gaming growth spurt, posted historically high quarterly earnings, more than doubling its profit from a year prior and selling a record 37 million iPhones during the quarter.

Nintendo isn't the only company struggling to compete with smartphones in the mobile gaming space. Sony Corp.'s latest handheld gaming console, the PlayStation Vita, went on sale in Japan last month. In its second week of availability, Vita's sales dropped almost 80 per cent.

For console makers such as Sony, Microsoft Corp. and Nintendo, the outlook for the living-room game console market isn't nearly as bleak as that for the handheld market. Microsoft's Xbox 360, even as it nears its seventh birthday, has proven surprisingly resilient, in large part because the company has launched a slew of accessories and on-line features to expand the console's capabilities. Indeed, both Sony and Microsoft have positioned their living-room consoles as media hubs rather than gaming systems – devices a consumer can use to stream movies, surf the Web or access content on other computers. Nintendo, on the other hand, released the Wii gaming system in 2006 as an almost exclusively gaming-centric device.

"If you look at what Sony and Microsoft are doing with the PlayStation and the Xbox, they're like an alternative to a Smart TV – a set-top box that does gaming," Mr. Enderle said. "In that sense, Nintendo is the only pure play and it's not working out for them."

The living-room console market has also been supported in recent years by the launch of big-name game titles such as the Halo and Call of Duty franchises, which often cost as much to make as Hollywood blockbusters, and sell tens of millions of units. But like Hollywood blockbusters, those games tend to feature high-end graphics and special effects which require high-end computer processors to run. Nintendo's Wii, aimed primarily at casual rather than hard-core gamers, was never designed to run those types of games.

Nintendo's next chance to reverse its fortunes will come in the fall, when the company is expected to release its next-generation console, the Wii U. But it appears unlikely the new console will feature the same media-hub capabilities built into rival products from Sony and Microsoft. Indeed, much of the popularity of the Xbox and the PlayStation stems from various deals the consoles' creators have managed to sign with content companies ranging from ESPN to Major League Baseball – deals Nintendo will likely find very difficult to recreate in the short-term.

"They've got to create new relationships with the content industry," Mr. Enderle said. "But it's going to be a struggle – even Sony struggles, and they own a bunch of that industry." 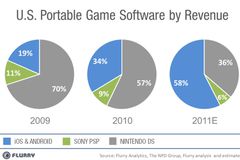 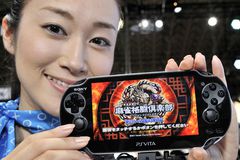 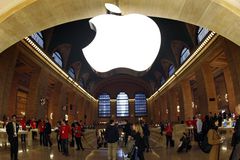 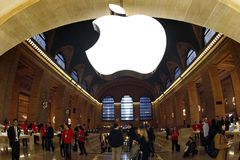