Black Friday is the beginning of the key U.S. shopping season, and if analysts are correct, this weekend could also be the opening gun on the busiest season yet in the burgeoning wearable-tech segment.

In preparation, the chief executive officer of Pebble Technology Inc. has been barnstorming across Canada, visiting Best Buy locations to lay the groundwork for the launch of the company's latest wearable: the Pebble Time Round. Best Buy is the only brick-and-mortar retailer to carry Pebble in Canada and, as part of the exclusive promotion, sales associates will be wearing the smartwatch on the showroom floor. The Round hits Canadian stores in December (it's on sale now in the United States), although Best Buy already sells earlier Pebble Steel and Pebble Time editions.

Pebble is an independent smartwatch company founded in Waterloo, Ont., that then moved to Silicon Valley. As a one-man pitch machine and CEO, its Canadian founder, Eric Migicovsky, has run two successful campaigns on the crowdfunding platform Kickstarter. He raised more than $30-million for his Pebble device, effectively kicking off the modern arms race for the wrist in 2012.

But these days, he is not just competing with other Kickstarter campaigners: Some of the biggest technology companies in the world are making wearable devices designed to leave his gear in the dust. The Apple Watch has captured a lot of the market even though it launched only in April.

According to International Data Corporation (IDC) Worldwide Quarterly Wearable Device Tracker, shipments of wearable devices will reach 76.1 million units in 2015, up 163.6 per cent from the 28.9 million units shipped in 2014. Their prediction for device makers puts Apple in the lead with 14 million devices (58 per cent of the market), the various flavours of Android Wear at four million (17 per cent) and Pebble with two million (8.7 per cent).

As of today, Mr. Migicovsky says he has sold 1.5 million Pebble watches. In February, he claimed the private company had sold about one million, which suggests the rest of 2015 has accounted for more than 400,000 units. So the holiday season looms as a testing ground for his device, and the category.

"It's a very young market," IDC analyst Jitesh Ubrani says. Currently, simple fitness-band-style devices are about 60 per cent of the wearables sold, according to IDC, but fuller-featured smartwatches are projected to dominate by 2017. "It's a first-generation product; a lot of people don't see the value proposition yet. We're going to have to wait for generation two and three for things to really take off."

Signs are strong that consumers are excited by wearables. The NPD Group, which does consumer-behaviour research, says the sales of activity trackers are up 120 per cent in the United States in 2015 (excluding smartwatches). NPD also says consumer awareness has grown quickly, with more than 80 per cent of U.S. consumers expressing interest in 2015, up from barely 30 per cent in 2013.

An IBM shopping trend-tracking application – built on its Watson cloud-based supercomputers – scoured 10,000 online sources and spit out Apple Watch as the No. 1 topic of interest for shoppers. Apple updated the software on the Watch in September to extend its capabilities, and it basically owns the luxury end of the spectrum, with expensive metal finishes and high-fashion partners for accessories.

Apple hasn't revealed its own Watch sales figures yet, but some analysts have predicted that it could sell 20 million units in its first calendar year.

Even traditional watchmakers are jumping on the "smart" train, with Montblanc adding sensors to its watchbands, TAG Heuer releasing an Android Wear watch and Fossil purchasing activity-tracking startup Misfit for $260-million (U.S.) earlier in November. China has also seen smartphone brands like Xiaomi throw in low-cost $15 Mi Band as part of the deal on any purchase of a new phone.

Mr. Migicovsky's startup is expanding rapidly to keep pace. This year, the company opened a 10-person engineering office in Waterloo, Ont., where the CEO went to university, but the bulk of its 175 employees are in Palo Alto, Calif.

"A lot of the other guys, like Apple and Google, they're looking at putting a smartphone on your wrist," Mr. Migicovsky says. "We're taking the approach of what should be on your wrist is a great watch, and we just make it a little bit smarter."

The Pebble devices, for instance, do not feature the touchscreens of its competitors, which gives them much greater battery life and always-on watch faces. It also relies on physical buttons and voice controls to scroll through tasks, answer texts and control audio devices.

In 2016, Mr. Migicovsky expects the 30,000-person-strong Pebble developer community will help extend Pebble's software to other household devices as the Internet of Things gathers speed.

"How can Pebble control things around your home, around your office, and your car? What are the little nuggets of information that you need on a regular basis that should just kind of appear magically when you need them? That's what we're focused on."

Mr. Ubrani says that while there is some consolidation in the market, a brand like Pebble still has some room to grow. But he does have a warning for the company. "They have a very loyal fan base – we know there's demand. What they don't have is great distribution or great marketing," he says. "They just haven't been able to get them into people's hands. I'm afraid that's going to turn them into a target for an acquisition." 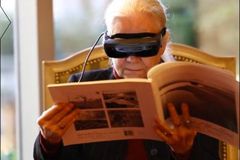 Opinion
Apple Watch: It's the precise opposite of a labour-saving device
March 13, 2015

How to get the best deals at this year's Black Friday and Cyber Monday
November 24, 2015 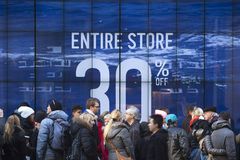