Research In Motion Ltd. is heavily discounting its PlayBook tablet, joining a growing number of companies trying to compete with Apple's ultra-popular iPad by slashing prices on their own mobile devices.

Retailers from Wal-Mart Stores Inc. to Best Buy Co. Inc. have begun offering steep discounts on RIM's tablet computer, which has suffered from disappointing sales since its release in April. The move, part of RIM's strategy to subsidize the cost of the PlayBook, comes as other tablet-makers have discovered that fire-sale prices are the only reliable means of luring consumers away from the iPad, which accounts for about seven of every 10 tablets sold in North America.

This summer, Hewlett-Packard Co . killed the TouchPad, its own tablet offering, because of poor sales. To rid itself of inventory, the company cut the price of the tablet about 80 per cent, and the devices quickly sold out.

A number of new offerings from a variety of competitors, including heavyweights such as Sony, are expected to make the tablet market even more crowded in the next few months. Amazon.com Inc. and Kobo will likely launch their own tablet-like products specifically catered to electronic-book readers. Those tablets will also probably cost substantially less than the full-featured, high-end ones currently on the market.

Like HP, RIM has also struggled to sell its new tablet, and is resorting to price cuts in the hope of reviving interest. But that task will be made even more difficult by a struggling economy and a slowing North American consumer electronics sector. Even Apple has reportedly cut iPad orders from several of its vendors by about 25 per cent, though it's unclear whether that's an indication of slowing sales or part of a wider Apple strategy.

Numerous online and retail stores are putting lower-priced PlayBooks on their shelves this week. At Best Buy's Canadian website, the tablets are on sale for $100 off. (The three versions of PlayBook, which differ only in the amount of on-board memory, normally start at about $500.) In other stores, such as some American Wal-Mart locations, that discount also comes with another $100 in the form of a gift card or mail-in rebate.

"On its own, a price reduction won't suddenly light the retail fires and turn a slow seller into a sensation," said independent technology analyst Carmi Levy. "The obvious exception, of course, was HP's TouchPad, which went from black hole to a very short-lived supernova after the price was slashed to as low as $99."

In an e-mail to The Globe and Mail, RIM spokeswoman Marisa Conway said the PlayBook hasn't technically undergone a price drop.

"The official retail price of BlackBerry PlayBook has not changed. However, as mentioned on the Q2 earnings call on Sept. 15, we have a number [of]promotional plans in place for the fall with our retail partners that are intended to drive sell-through and increased adoption of the BlackBerry PlayBook," Ms. Conway said.

In a quarterly earnings call this month, RIM's co-CEOs indicated PlayBook price drops were coming, after tablet sales came in well below analyst expectations – for the last quarter, analysts predicted RIM would sell about 500,000 units, but the actual number was just 200,000.

The lower-priced units mark the first stage of RIM's efforts to revive the first piece of BlackBerry hardware to run on the QNX operating system, which the company will eventually roll out on all new BlackBerry smart phones next year. In less than a month, RIM will release a software update that lets users run e-mail, calendar and a number of other applications from within the PlayBook – currently, the tablet must be tethered to a BlackBerry to access those tools.

In addition, RIM will also launch a tool that runs applications originally built for tablets running Google's Android operating system, as a means of addressing the relative lack of high-performance applications designed specifically for the PlayBook. 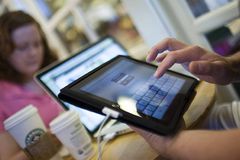 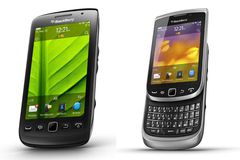 new
‘The epitaph of RIM has been written far too early’
July 29, 2011
Follow Omar El Akkad on Twitter @omarelakkad
Report an error Editorial code of conduct