The head of Research In Motion Ltd.'s operations in Indonesia could face charges related to a stampede at a recent promotional sale where dozens of consumers were injured.

Jakarta police say Canadian Andrew Cobham was among four suspects who face possible charges of negligence leading to injury. The crime carries a maximum penalty of nine months in prison.

Dozens were injured and several people fainted at the Nov. 25 debut of RIM's BlackBerry Bold 9790 in Jakarta. There were reports that 5,000 people attended, drawn by a 50 per cent discount to the first 1,000 shoppers.

RIM said it regrets that some customers were injured and others experienced frustration and upset.

"RIM is actively co-operating with the authorities who are investigating this incident," the company said in a statement. "We are also undertaking our own investigation to prevent any recurrence of this sort of situation."

Meanwhile, two rowdy RIM executives whose antics caused an Air Canada flight to be diverted to Vancouver have been let go for unprofessional behaviour, the BlackBerry maker said Monday.

"RIM expects that its employees conduct themselves in a manner reflective of our strong principles and standards of business behaviour," the company said in a statement from Waterloo, Ont.

"RIM does not condone behaviour that conflicts with applicable laws and employees are expected to act, at all times, with integrity and respect. The individuals involved in this incident are no longer employed by RIM."

George Campbell, 45, of Conestogo, Ont., and Paul Alexander Wilson, 38, of Kitchener, Ont., recently pleaded guilty to mischief. The men were ordered to pay a total of almost $72,000 in restitution after receiving suspended sentences and probation for a year.

The flight was on its way to Beijing from Toronto last week when it had to be diverted.

A passenger on board the plane had said Mr. Campbell and Mr. Wilson were fighting with the flight attendants and it took the entire crew to subdue the men, who were eventually handcuffed to seats on the plane.

The passenger accused Air Canada of being irresponsible, claiming the airline staff either allowed drunk passengers on the plane or gave them too much too drink once they were aboard.

The incidents could tarnish RIM's brand at a time when the company is losing market share to Apple Inc.'s iPhone and Android-powered smartphones. RIM's PlayBook table computer is also struggling against Apple's dominant iPad.

"You're buying a piece of the company, you're buying the spirit of that company," Mr. Levy said.

Neither one of these incidents is a "fatal blow," because they were circumstances out of RIM's direct control, said Mr. Levy, an independent analyst in London, Ont.

"But they all, in their own way, individually add to an already bad situation," he said. "RIM can ill afford to have its brand image further tarnished by anything, let alone things that are pretty much out of its direct control."

The Jakarta Post reported that Mr. Cobham had been barred from leaving the country after the stampede. It said the ban also applies to Terry Burki, a security consultant hired by the company.

The $540 phones – known locally as Bellagios – were being sold at half price to the first 1,000 shoppers.

Indonesia, a country of 240 million people, has experienced a tech frenzy in recent years, and RIM has benefited from the growth and the popularity of its BlackBerry Messenger service. With six million users, BlackBerry is more popular in Indonesia than smartphones from other makers.

RIM also announced last week it will take a hit of more than half a billion dollars from discounting its PlayBook tablet and its recent massive e-mail outage.

RIM warned investors it will book a $485-million (U.S.) charge before tax on the cost of discounting the price of PlayBooks by more than half to boost sales in the marketplace.

As well, the BlackBerry maker expects about $50-million in lost revenues from the October outage that affected millions of BlackBerry e-mail and text users around the world. 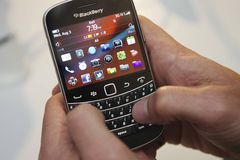 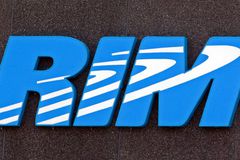 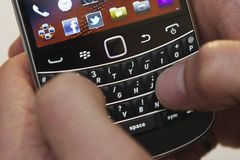