Bob Parsons likes to go to Zimbabwe and shoot elephants.

The CEO of GoDaddy, a company that lets customers register Web site domain names, is apparently deeply concerned with the plight of Zimbabwean subsistence farmers, who he says are plagued by marauding elephant gangs that destroy crops and trample fields.

To ease the farmers' burden, Mr. Parsons takes a rifle, lies in wait for the elephants to arrive in the dead of night, and then opens fire. The world first learned of his philanthropic pachydermicide early this year, when Mr. Parsons uploaded a somewhat bizarre video detailing his exploits, and featuring a chaotic scene of what he termed "hungry villagers" – many of them wearing bright orange GoDaddy caps – tearing an elephant carcass apart for the meat.

The video caused many critics to complain that Mr. Parsons appeared more interested in unleashing his inner Hemingway with some bang-bang tourism than helping Zimbabwean farmers. Several groups, including PETA, urged a boycott of GoDaddy.

In fact, GoDaddy is frequently the subject of controversy. Most of the time, that controversy centres on the company's TV ads, which tend to follow a pretty standard script: Somebody talks about registering a Web site with GoDaddy, at which point one or more women, who are largely incidental to the situation, begin to undress. It's like a beer commercial, only less subtle.

Yet despite these various controversies, GoDaddy has hummed along profitably, largely unscathed by its reputation for crass commercials and elephant-ambushing executives. Until this month, none of the fledgling GoDaddy-boycott campaigns really gained much traction.

Then the company went ahead and announced its support for something called the Stop Online Piracy Act. In less than a week, they lost some 72,000 domain names, as customers switched to competitors' services in protest. In fact, the onslaught of bad publicity and general outcry was so deafening, the company reversed its position in less than a day, saying maybe it didn't support SOPA after all.

This, it appears, is the kind of backlash an Internet-based company can expect when it throws its support behind one of the worst Internet laws ever proposed.

In late October of this year, Republican Senator Lamar Smith entered a bill called the Stop Online Piracy Act into the U.S. House of Representatives. The bill, which is still at the committee stage but may pass as early as next year, is the latest attempt to tackle the issue of copyright infringement in the digital age, and has the blessing of many of the major American content producers and industry associations, such as the Motion Picture Association of America.

SOPA also has opposition – massive, unprecedented opposition. The reasons for this opposition are varied, but basically boil down to this: within the bill's 78 pages is a blueprint for ruining the Internet. In that sense, SOPA is a remarkable achievement. Rarely does a proposed law manage to be so bad in so many different ways.

Like the Clear Skies Act or the Ministry of Love, the Stop Online Piracy Act is somewhat confusingly named. Even though it is primarily a piece of anti-piracy legislation, SOPA is broad. The proposed bill gives the U.S. government, through the office of the Attorney General, the power to pursue court orders against any site believed to be engaging in copyright infringement. (There's nothing adversarial about the court proceedings that lead to those orders: the defendant doesn't even have to be present).

Armed with that power, the Attorney General can then order search engines to remove the site from their listings. The AG can likewise order Internet Service Providers to block users from accessing the site. The AG can also order advertising networks and payment providers to stop doing business with the site. And all those entities are compelled to comply. Indeed, the bill imposes stiff penalties on anyone who doesn't, and offers immunity to ad networks and payment processors that follow orders. As such, SOPA is chock-full of incentives for ISPs, content-hosting sites and other such entities to go along with the government's demands.

The bill also gives individual intellectual property holders such as record labels and cable companies the ability to issue similar notices to ad networks and payment processors, demanding the same kinds of remedies. Under the Digital Millennium Copyright Act, copyright-holders can issue takedown notices for individual bits of content, such as infringing Youtube videos. SOPA extends a variation of that power to cover entire Web sites. The onus is then on the blacklisted sites to prove the absence of infringing content.

SOPA combines these iron-fist powers with a series of broad definitions. Whereas some previous incarnations of anti-piracy bills in the U.S. at least focused on sites that were primarily dedicated to copyright infringement – those virtual hangouts where nobody does anything but trade bootleg copies of the new Transformers movie – SOPA sets its sights on any infringement, no matter how small. That means the Attorney General can pursue court orders against and demand the blocking of any Web site with a tiny amount of infringing content. Somebody used an unauthorized Maroon 5 song in that summer vacation video they posted on your social network? The entire site now falls under SOPA's penalty clauses.

The bill also covers more than just infringement (the act of streaming copyrighted content, a felony under SOPA, carries a five-year prison sentence). It also covers "facilitating" such content. That term is so poorly defined, however, it could well apply to a hyperlink on an entirely unrelated Web site, or a single Tweet. The potential for self-censorship is glaring, as is the potential for false positives – how many sites will nuke non-infringing content, or links to such content, just to be safe?

And because SOPA also prohibits tools that could be used to get around the Attorney General's blockade, it may also mean that the same anonymity and address-spoofing software used by activists and protesters will become illegal to U.S. Internet users (many of these tools, incidentally, are funded by the U.S. government, which has no problem with protesters in Iran or China using them). That's in part why a number of human rights organizations have come out against the bill.

(The list of big-name SOPA opponents is long and varied, including most of Silicon Valley's biggest anchors, several Internet Service Providers and domain-name hosts, legal scholars and civil liberties organizations).

There are plenty of other SOPA spillover effects. Because the proposed law would give the U.S. government the ability to demand that American domain-name registrars block certain sites, many of those registrars will have to implement complex new technical measures. Indeed, the process of blocking those sites will go a long way toward screwing up the technical fabric of the Internet by throwing a U.S. government blacklist onto the global domain-name system.

SOPA's most ironic flaw, however, is that it is a miserably ineffectual way to fight piracy. Even if a Web site that legitimately, willfully and exclusively pirates content is shut down in the U.S. by government order, the site's owners can quickly and easily set up shop under a different name, or a multitude of names. Additionally, anyone with a fairly basic set of technical skills can find another way to access banned sites. And if SOPA passes, it's a pretty safe bet that such skills will quickly become common knowledge. The most immediate impact of SOPA, it seems, will be to force American users to learn the same tricks their counterparts in Iran, Saudi Arabia and China already know.

If it is designed to do anything other than placate the largest U.S. copyright-holders, then SOPA is a failure. But the most frightening aspect of the bill isn't its contents, it's the future it predicts.

For years, opposition to heavy-handed anti-online-piracy bills has been somewhat subdued, at least in part because there's a perception in some corners that the only people who really have anything to fear under such laws are the digital thieves who would rather download music and movies illegally than pay for them – the punks keeping food off Vin Diesel's table. Whether there's any merit to that perception is, at best, debatable. But SOPA makes no distinction. A person who hasn't so much as heard of BitTorrent can wake up one day to find their entire account on a video-hosting site inaccessible, all because somebody else used the same service to upload a copy of the Fast and the Furious.

And because the U.S. is still where much of the Internet's infrastructure lives, SOPA isn't just going to effect Americans. As Michael Geist points out, virtually every dot-com Web address is managed by a domain-name registry in the U.S., and American lobbying is believed to have played a pretty central role in getting tougher anti-piracy legislation on the table in a number of countries, including Canada.

There's a reason millions of people around the world have mobilized against this bill. The Internet works best when every node is on equal footing. Every time policymakers try to clean up one of the Web's ugly back alleys – be it child pornography, terrorist propaganda or financial fraud – they have to weigh the seriousness of the crime and the effectiveness of the remedy against the constraints that remedy places on a free and open Web. That requires a scale, not a sledgehammer.

With SOPA, the country in which the Internet's nervous system resides now stands on the verge of telling the rest of the world that a regionally firewalled, censored Internet is a perfectly acceptable outcome – in the name of protecting copyright holders. That's an unreasonable tradeoff. 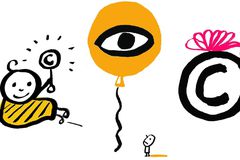 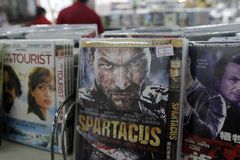 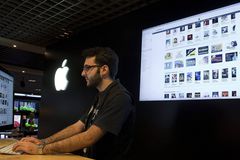 Tech on a trip should be easy. Especially in the Virgin Islands
December 7, 2011 With help from the iPad, digital comic books take off
November 30, 2011 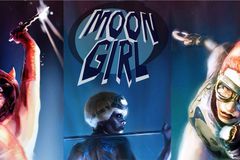 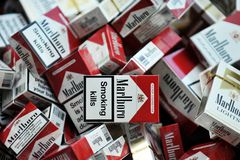