In an old Toronto office building with crooked floors and plenty of exposed brick, dozens of journalists are clumped together cranking out news updates for millions of sports fans around the world.

The 35-journalist newsroom at theScore Inc. is unique in the country – it exists solely to provide content to cellphones and tablets. Deadline is marked in 30 second increments – there is no traditional daily product to produce. It has been built to complement the company's wildly popular app, which has been a leading source of game-related data for millions but struggles to keep users around once the final whistle blows.

The newsroom goes live Thursday after a months-long hiring spree in an industry that has been shedding jobs rapidly, as the free app's 4.5 million users are offered an upgrade that will integrate news to the relentless stream of facts and numbers they've grown accustomed to receiving. A year after splitting the company's digital operations into a new company after selling its television station to Rogers Communications Inc., theScore CEO John Levy is back in the news game.

"We're developing something that is like nothing else around at any other media organization," he says. "We're giving people news the way they want to consume news – nobody seems to be beating us to that golden space."

The company is operating in an odd niche. It doesn't own any broadcast rights, but is dependent on live events to drive traffic to its app. It's a media company, but doesn't have any legacy business to protect as it targets the mobile market.

Mobile is an essential – and elusive – key to the future of traditional media companies who have seen readers consuming their news on smartphones and tablets at the expense of printed products and traditional websites. Half of all Americans now own a mobile device, according to the Pew Research Centre for Excellence in Journalism, and most of them use their devices to read news.

"Even with a broadening population owning mobile devices that offer a range of activities, owners are still drawn heavily to news," the centre wrote in a research paper. "There is a sizable cohort using mobile devices to broaden and strengthen their news experience, particularly male mobile news consumers who employ both apps and browsers, have a wireless data plan, get news multiple times throughout the day and across a wide variety of platforms."

They may be using their devices more often for news – measurement firm Localytics said news apps are accessed an average 24 times a month by users, up 39 per cent in the last year – but publishers haven't been able to find a consistent way to make money from their heavy use.

TheScore has the fourth most downloaded sports app in the United States at Apple's app store, but posted an earnings before interest, taxes, depreciation and amortization loss of $2.3-million in the last quarter. Revenue has also been tough to capture – it only earned $1.3-million in the same period. That's fine for now – the company recently received a $16-million private placement that buys it some time to figure out how to make money over the long term.

The bulk of TheScore's stories are short, and incorporate multimedia and social media elements. They are curated from across the web, often pointing to stories posted to other sites. As stories develop, new versions are stacked on top of old so readers can only read what they need to know to get up to speed. Those stories are supplemented by the company's bloggers, who until now were grinding out multiple news updates a day but will now focus on longer pieces to complement the breaking news being offered by their newsroom.

The entire newsroom is powered by software developed in-house, which allows the journalists to piece together a story and have it distributed in as little as 30 seconds. The same process on the company's older website took as long as 20 minutes per story as editors struggled with code and other complexities that slowed down the process.

"This whole newsroom is designed around trying to 'out-help' our competitors," says Jonathan Savage, vice-president of products. "The idea of helpfulness can be seen as giving you news that makes you smarter because you know how to draft running backs in your fantasy league, or you are now more popular because you shared an amazing article. We want to weaponize people to make them smarter at sports."

If it succeeds, it will be because it managed to draw advertisers to support the newsroom's efforts. It has had limited success so far, but the company hopes it can sign sponsorship agreements with large companies to supplement a display advertising offering that is still in its infancy.

"Money will follow users," says Benjamin Levy, the company's president and chief operating officer. "Do we have the answer yet? No. But are we learning as we go? Absolutely." 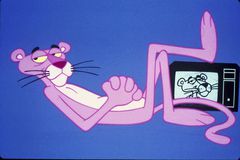 Shopify leaping from Web to storefront as startups dream big
May 11, 2018

Newfoundland Capital to buy five radio stations from BCE
May 11, 2018 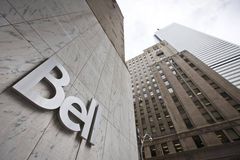