Bruce Poon Tip has fond memories of being a small company in the early 1990s, but collecting customer data is not one of them.

Back then, the founder of travel company G Adventures – formerly called Gap Adventures – had to ask customers to complete surveys on the phone and had to buy mailing lists to see what people were reading and purchasing. All the collected information then had to be stored in rudimentary computer databases.

"It was almost impossible," Mr. Poon Tip says. "You were constantly trying to get customer information without trying to inconvenience them."

The Toronto-based company has grown exponentially – when it started it offered a handful of trips, now it has more than 1,000 tours – in large part because of technological advances in data collection. Now companies can create entire profiles of individuals or groups of people and know exactly what products will appeal to them.

One of the main technological advances has been in customer relationship management (CRM) software. In the past, companies could store only basic information. Now these programs can, in an instant, recall names, ages, income, buying histories, how many times someone's phoned a call centre and much more.

When someone calls G Adventures' office in Toronto, Vancouver or Melbourne, Australia, to inquire about its services, the person taking the call can access all that data and then recommend a trip based on that person's profile.

"We're getting instant information," he says. "We can know if that caller has taken 10 trips, if they're one of our preferred status members, if this is the first time they've called the call centre, or if they've filled out surveys with us before. That information makes the company quote powerful."

CRM software is only getting more intuitive, says Stuart McEwan, Ernst & Young's customer advisory lead for Canada. For example, programs can now track how fast a client responds to e-mails. "You can see how good a relationship is by whether the person writes back in 20 minutes or three days," he says. "Those are good analytics."

Software can also interact with Internet protocol-based phones – phones that use the Internet – to record the number of calls between people. "What everyone is trying to do is to minimize the work it takes to fill in a customer profile," Mr. McEwan says.

Another way companies are gathering customer data is through social media. Salesforce.com, the company that has developed one of the most popular cloud-based CRM programs on the market, has a product called Radian6 that helps companies see what people are saying about them online.

Renny Monaghan, chief marketing officer for Salesforce.com Canada, explains that while companies are able to see all the negative and positive things people say about their brand, this type of software also allows companies to see the types of people who are talking about a product.

"Companies are able to analyze and segment what the audience is saying," he says, adding that social media has made it much easier to track customer habits because people are more willing to tell you exactly what they want.

Mr. Poon Tip is amazed at how much data he can gather from social media. Some of it applies to the big picture – he's been able to better understand what certain demographics want by seeing what people of different ages are saying – but he's also been able to gain new insights in real time.

Recently, someone tweeted from Morocco that Casablanca was a dud and that she should have spent the day elsewhere. At first, Mr. Poon Tip didn't realize the person was on the trip and tweeted back, "It's only boring if you've been there before." She responded that she was there right now, on one of his trips.

He sent the message to his "innovation" department, and while the person's comment may not have changed that trip's itinerary, he says his company will consider her recommendation.

Better customer data-tracking technology has helped him become more efficient – an online survey takes minutes to complete, versus a phone call where time is spent convincing someone to offer up information – but it has also helped the company increase profits.

For instance, by collecting customer data, he was able to see that travellers would take trips in their 20s, stop in their 30s and then come back in their 40s after their kids were older. Mr. Poon Tip always knew that clients stopped buying trips in their 30s, but he didn't realize that the same people were coming back a decade later.

This revelation, which was made only after switching to Salesforce.com two years ago, caused him to create family trips in the hopes of targeting those former travellers. "These customers were disappearing on us," he says. "Now they're coming back."

Never before has Mr. Poon Tip known as much about his customer than he does today, he says, and that has made his business run that much better. "There's no comparison," he says. "You used to be mining for data, now you can develop a relationship." 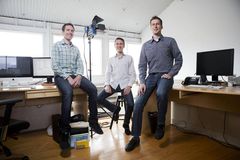 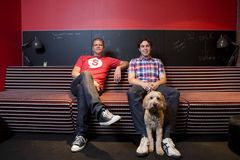 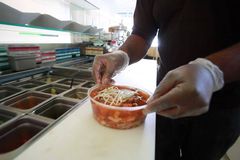