It's the age-old business question: How can a company improve communication among its staff? To Leerom Segal, the president and chief executive officer of Klick Health, the answer was simple. Get rid of e-mail.

Most companies wouldn't think of eliminating e-mail from the workplace, but Mr. Segal never found this form of communication very useful for his Toronto-based health-care marketing agency. He explained his problem with e-mail by paraphrasing a quote from automobile pioneer Henry Ford. "He said if I asked people what they wanted, they would have said faster horses," he said. "E-mail is the ultimate faster horse."

It's essentially a quicker way to deliver a memo, he said, and it assumes that the last message received is the most important. "It's not a great collaboration tool."

Soon after Klick Health was formed in 1997, Mr. Segal and his co-founder and chief operating officer Aaron Goldstein wanted to find a way to increase collaboration among staff by gleaning information from the messages being sent.

An e-mail by itself offers no intelligence, he said, but seeing 20 e-mails sent within an hour between two colleagues offers some insight into the collaboration process. "If there's a lot of back and forth happening between people, then you know it's time to get everyone in the room to talk about what's going on," he said.

Seven years ago, Mr. Segal and his team implemented a software program they created called Genome, which, at first, was set up to track communication between employees. He got rid of internal e-mail and made everyone message each other using this software. He was not looking at the content of the messages, he explains, but rather the frequency of the notes and how long it took for people to respond.

"We're looking at ambient data, not specifics," he said. "We wanted more predictability and consistency in the company and we thought if we can track this type of data we can use it to shape how we make decisions."

Now, Genome can do a host of things. The project management and messaging system can tell whether an employee is going to miss a deadline; it connects a staff member who might be trying something new with a person in the company that recently completed a similar task; it allows workers to quickly ask others for help with a problem and much more.

Most importantly, though, it's made Klick a far more open and collaborative company than it would have been had it stuck with e-mail, Mr. Segal said. By making it easier for employees to communicate with each other, projects can get done more quickly, which frees up time to take on more work.

"We have a complete awareness of everything that's going on in the business," he said. "It speeds things up and makes our growth more responsible."

While Mr. Segal developed his own software to improve collaboration, which he says has helped his business become more efficient, there are a number of cloud-based programs on the market, such as Salesforce Chatter or Yammer – both are social media-like communication tools – that can help any company.

The main problem with the way companies communicate today is speed, said Dan Debow, a senior vice-president at Salesforce. For teams that have to be in regular contact, e-mail is often too slow. "People need to be able to share information much faster."

Company executives are also looking for ways to keep teams on the same page and they want people to learn from what's been done in the past. "It's about sharing best practices all the time," Mr. Debow said. "How do you simplify behaviour, yet still deliver a positive business result?"

Mr. Segal's employees can also use Genome on their mobiles which, said Yvon Audette, national partner of IT Advisory for KPMG, is the next stage in workplace collaboration.

At some point, people will be able to receive messages in the format that best suits them. "This notion of any time anywhere is real and there are steps being made in that direction," Mr. Audette said. "Your communication will route to whatever device you actually live on."

The idea, again, is to be able to respond to a message in the quickest way possible.

Some people may think that using a complicated program to send a message is less efficient than firing off an e-mail and Mr. Audette said that in many cases that's correct. The time-saving benefits, though, come further down the communication chain.

For example, he points out that a lot of nurses and doctors complain that it's more time-intensive to fill out health records online than on a piece of paper. While that may be true, having that information stored electronically can dramatically save time later. Now everyone can access records, including patients. Instead of pestering the doctor with repeated phone calls, they can look into their history themselves.

"Look at the bigger picture," Mr. Audette said. "The intake may be more lengthy, but how you process that information after the fact is where you really get the gains."

Mr. Segal can't explain just how different his company would be if his staff still communicated in the old-fashioned way, but he thinks Genome has allowed Klick to grow much faster than it would have otherwise. A decade and a half after launching his business, he's still expanding revenue at 50 per cent a year and he plans to add 100 more staff to his 300-employee team over the next 12 months.

Using technology to improve collaboration has also meant that there are far less surprises. Since everyone can see, on their computer, the progress others are making on a project, it's much easier to anticipate problems. He points out that while he still uses e-mail to talk with clients, who include pharmaceutical companies and other firms in health care, there's no way he'd ever go back to using it in the office.

"This is how we do things now," he said. "I don't know exactly how our approach compares to market benchmarks but I do know that it's enabled us to build a really good business." 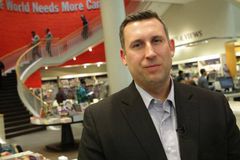 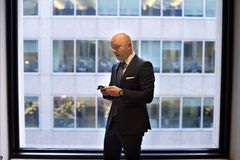 For disaster cleanup company, it's custom software to the rescue
February 8, 2013 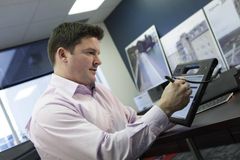 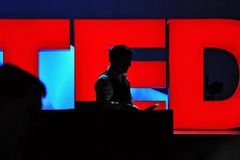 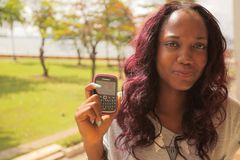 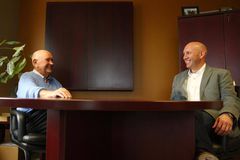 Concussion questions? Hockey Canada has an app for that
October 25, 2012 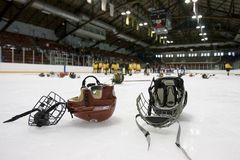 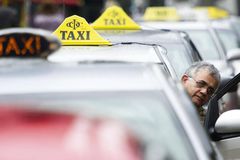