Can you train a computer to think like a lawyer?

Though it might seem like a far-fetched, science fiction scenario, that is precisely what goes on at "e-discovery" law firm Wortzman Nickle Professional Corp. "Predictive coding" is just one of the sophisticated technological innovations the Toronto firm utilizes to help companies in litigation identify, process and present their electronic data during a trial's discovery stage.

Susan Wortzman co-founded Wortzman Nickle in 2007 when she was a litigation lawyer. Ms. Wortzman had started to see a trend emerge in the court cases she was working on: The volume of electronic evidence was multiplying and needed to be better managed.

"I had wanted to start my own firm for a long time and had a good sense that this was an area that was going to explode," Ms. Wortzman says. "Lawyers aren't necessarily good at technology, and this whole area was posing a lot of complexities for lawyers who weren't technology savvy."

It was a prescient business decision. Wortzman Nickle was the first law firm in Canada to focus exclusively on electronic discovery, or e-discovery, and six years later, Ms. Wortzman and co-founder Susan Nickle have seen the demand for their services grow rapidly.

The discovery process can be extremely costly for businesses, and advances in technology have helped streamline the processing and reviewing of electronic documents, allowing Wortzman Nickle to save its clients money.

"That's what we want to be doing for our clients," she says.

During the first step in the e-discovery process, a client hands over its electronic records – e-mails, Word documents, spreadsheets, PowerPoint presentations and more. Next, the hundreds of thousands (or even millions) of records are electronically culled, removing irrelevant data (e-mails about baby showers or golf tournaments, for example). There are several ways to do this. For example, using metadata, records can be eliminated according to date. Then there's "deduplication," the process of discarding identical e-mails sent to more than one person.

Once they have a more manageable number of records, the Wortzman Nickle team moves to the "technology-assisted review" phase (or TAR), to determine whether a record is "responsive" to a discovery request, non-responsive or privileged. This is where the really exciting technological tools come in.

In the case of the predictive coding already mentioned, a senior lawyer will first go through a small subset of records and identify the records that are responsive or not responsive. Based on that information, a sophisticated computer algorithm begins to build a set of rules, and assigns predictions to the documents in the database. The lawyer is presented with another random set of records and goes through the process again. After that second round, the computer will see if its predictions were correct and refine its rules accordingly.

"It takes about 1,500 [to] 2,000 records to train a computer," says Chuck Rothman, Wortzman Nickle's director of e-discovery services. "At some point, 90 per cent of the predictions will be the same as the lawyer and you say, 'That's good enough,' because it's never going to be perfect." Once a computer is properly "trained," it can perform the coding on its own. (To ensure accuracy, live analysts double-check the computer's smarts by consistently sampling its results.)

Mr. Rothman is largely responsible for ensuring the firm is utilizing the most cutting-edge software during the TAR stage. As a forensic engineer, he is constantly researching and trying out new innovations on the market.

"I have a lot of relationships with the software manufacturers and I can call them up and discuss it with them," he says. "They know me and know I'm not the run of the mill lawyer, I actually know his stuff pretty well, so I can delve into it and see how it works under the hood."

Wortzman Nickle's success in the e-discovery arena has spawned more business opportunities. The firm has branched out into two more services – consulting with companies about information management and technology strategy.

"After our first two years, we were involved in several large e-discovery matters, clients that were being sued responding to huge discovery demands," Ms. Wortzman says. "At the end of it, they would always say, 'How do we avoid this going forward?' So we started information governance so we could advise our clients on managing their information, including records management policies, social media policies, instant messaging policies."

"In the first five years, we were primarily being retained by large organizations with huge cases," she says. "Those are continuing to grow and the volume is expanding exponentially all the time, but there's also growth in mid-sized firms and smaller firms who are also coming to the table and saying, 'We have to deal with this in our practice as well.'"

Another area of growth is in the realm of social media, Mr. Rothman says. It's a growing concern as companies utilize platforms such as Twitter, Facebook and Instagram for business reasons.

"A lot of lawyers and people still look at social media as something people do privately, but … if there's litigation, those are going to be relevant," Mr. Rothman says.

Social media can prove to be a challenge though, as there aren't many tools available yet to effectively process tweets and posts, he says. "There are difficulties in dealing with it, because they aren't traditional documents. A Facebook page has all kinds of different nuances and all kinds of links – comments and picture and likes.

"I can see that kind of software being the next big thing in e-discovery over the next few years."

As the volume and diversity of electronic data continues to expand, says Ms. Wortzman, it's imperative she and her team stay ahead of the technological curve to stay competitive in such a specialized niche.

"We're not a typical law firm, we're a law firm going to conferences on technology, reading about technology, looking at demos of new products in our office," she says. "To meet the needs [of our clients], we have to be absolutely on top of technology, all the time."

AutoShare fights to be king of the road
November 21, 2013 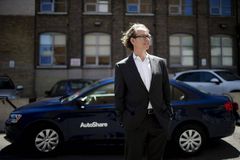 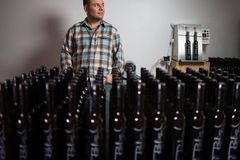 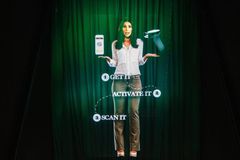 In pictures: At these restaurants, technology is on the menu
Gallery
November 15, 2013 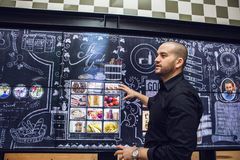 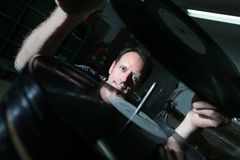