Anyone who thinks environmentalists and technology don't mix should tour the headquarters of Earth Rangers. A non-profit group that encourages children to become environmental stewards, the Woodbridge, Ont.-based organization moved into the Earth Rangers Centre for Sustainable Technology in 2004.

Andy Schonberger, the centre's director, says the LEED Gold-certified building, which houses 45 Earth Rangers employees and 20 tenants, has had many upgrades since then. But one of its original features is an open-concept workspace that the designers integrated with the mechanics of the structure.

As Mr. Schonberger explains, the centre has radiant heating and cooling from its exposed concrete ceilings. "The open concept is not only good for work flow and collaboration, but it's also how we efficiently heat and cool the space," he says. Besides couches and chairs that lend themselves to informal get-togethers, several boardrooms serve employees for private meetings.

The centre gets so much natural light that staff rarely use electric lamps, and 90 per cent of the floor space offers a direct view of the conservation area that surrounds the building. All interior paints emit low or no volatile organic compounds, and the Greenguard-certified office furniture by Canadian designer and manufacturer Teknion contains no materials that release toxic gases.

Among its many energy-saving amenities, the building constantly brings in fresh outdoor air, warming or cooling it passively in underground "earth tubes" before running it through a UV filter to kill airborne pathogens. "All of these things add up to a much healthier work environment," Mr. Schonberger says.

In another innovation, the centre is working with electrical equipment giant Schneider Electric to integrate its elaborate energy and water monitoring system with building automation. The automation system keeps track of occupancy by reading employees' access badges. If staff numbers are low on a summer day, it will throttle back the air-handling unit and switch off lights in certain areas.

Over the next decade, more Canadians may find themselves working in environments as thoughtfully designed and technologically advanced. But office buildings must catch up with the use of tablet computers, video screens and other devices that are transforming the way people work – without letting those tools sabotage good design.

Beyond a better workplace, Mr. Schonberger notes, there's a financial payoff for the technologies that Earth Rangers has deployed. "My energy bills are a tenth of what they would be if they hadn't looked at all these systems," he says. "Some of them are longer-term investments. But as we see resource scarcity and energy prices go up, these things start to make a lot of sense quickly."

Likewise, some employers are moving ahead faster than others when it comes to furniture and design. Just ask John Hellwig, vice-president for design strategy and research at Toronto-based Teknion. For several years, Mr. Hellwig says, companies have been approaching his firm to ask about alternatives to the cubicle.

When Teknion – which has been making flexible furniture systems since it launched in 1997 – shows them options, some get it right away. Others can hardly believe what they're seeing. "There's a great deal of variety in how up-to-date these companies are," Mr. Hellwig says. "They all know they need to do something, but many of them aren't aware of what to do."

Then again, they're getting savvier. "Mobility, open space, LEED requirements for light and view – those kinds of things are very much more commonly seen and understood than even a few years ago," Mr. Hellwig says.

As people adopt new technologies that change how they do their jobs, he observes, office buildings and furniture often lag behind. "For it all to work," Mr. Hellwig says, "it all has to come together in some co-ordinated fashion."

In his experience, technological advances such as miniaturization and flat screens have improved the furniture situation. "They've allowed us to make furniture a little more like furniture again. You don't have to make so many accommodations for the technology just because of the nature of it now."

From a workplace design perspective, an iPad resembles a book, says John Tong, a principal at Toronto design studio 3rd Uncle Design Inc. "You could be working in so many different ergonomic variations [with it]– sitting, lying, standing, lounging," explains Mr. Tong, whose projects include corporate offices. "So it is a lot more liberating [for]designers."

Mr. Tong says his firm tries to cast technology in a supporting role. For example, if an organization wants to install video-conferencing screens, it's important to determine what kinds of meetings will take place on them, from presentations to collaborative sessions. "It's less about technology and more about understanding the nature of what a company does," Mr. Tong says.

Teknion's Mr. Hellwig says he's seeing more lounges with upholstered furniture and plugs-ins or nearby clusters of tables where staff can gather to work. But even if employers provide the right settings and tools for much-vaunted collaboration, workers may be reluctant to change old habits.

Although Teknion itself has such spaces, they're not as popular as the company expected them to be. "We have the technology, we have the go-ahead to do it, but people just aren't doing it," Mr. Hellwig says. "The perception is if you're sitting in a lounge chair, you're lounging."

He also concedes that making an office both attractive and comfortable is no easy task. At the end of the day it's still, well, an office. "It goes back to the architecture – the spec-built buildings with generic lighting and generic flooring, and sometimes a floor plate that's too big where you can't see the outside," Mr. Hellwig says. "It'll take generations for that kind of thing to start to change." 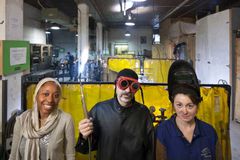 earlier
How to make flexible work options work for you
January 10, 2012 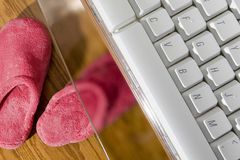 Are our smart devices becoming too smart?
January 20, 2012 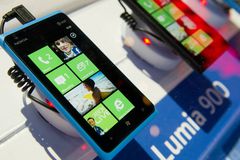 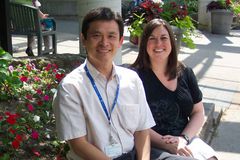 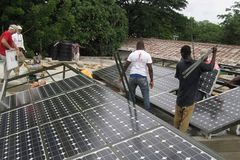