Of the billion people who now have a Facebook account, Arie Hasit was the fourth person to open an account, right after three of the co-founders of the platform, a decade ago.

Mr. Hasit was studying history and completing a Bachelor of Arts at Harvard University when a fellow student at his dorm named Mark Zuckerberg suggested that he sign up on a new website that Mr. Zuckerberg had designed, thefacebook.com.

The first three Facebook accounts were just testbeds. Mr. Zuckerberg had profile page no. 4, co-founders Dustin Moskovitz and Chris Hughes were no. 5 and 6.

Mr. Hasit thus got account no. 7, the first user who wasn't one of the original creators.

"I thought it was fun ... I could never imagine, of course that it would be what it is today," Mr. Hasit said in a telephone interview from Jerusalem where he recalled the birth of the age of social networks.

Most of the first two dozen users were Harvard friends who went on to work either for Facebook or at other tech startups. Many of the others went on to careers in law, business or medicine.

Mr. Hasit, however, took a different path, immigrating to Israel in 2005 after his graduation. He is now studying at the rabbinical seminary of the Schechter Institute of Jewish Studies. He is also an acting rabbi for NOAM, a Jewish youth group.

He said his work as an educator gives him a better appreciation of Facebook's impact.

"My way of trying to change the world and making it better is that I am working as a rabbi, working with youth," Mr. Hasit said. "And I see that Facebook is an incredible tool. It's even as simple as the fact that my high school students who run all of the programs are active on Facebook, and I get in touch with them and I send them programming, we send each others resources."

In addition, because he is on Facebook, "even if I am not their friend, per se, they see me as being approachable ... it builds a sense of trust. They see me as a real person... It's a great place to share ideas."

Mr. Hasit joined Facebook after Mr. Zuckerberg had first dabbled with a precursor project, Facemash, a site that allowed Harvard students to compare photos of their peers and rate who was "hotter."

Facemash lasted just two days and got 450 visitors before it was pulled down. Mr. Zuckerberg was accused of breaching security, violating copyrights and violating individual privacy and was nearly expelled from school.

Another student who also got in trouble with the school for helping him on the ill-fated site was a roommate, Joe Green.

After the Facemash fiasco, Mr. Green was pressured by his father not to work for Facebook when it started. Mr. Green, the 20th person to have for an account, thus lost a chance at making a fortune. "Zuckerberg likes to make fun of my dad for this, but we're still very close" Mr. Green told ABC in 2012 when Facebook had its initial public offering of stock.

Mr. Green went on to develop Causes, an app that enables Facebook users to make donations for charities.

The fourth co-founder, Eduardo Saverin, has profile no. 41. While he was initially involved in the business side of the project, he had a fallout with Mr. Zuckerberg and was ousted in a bitter dispute that ended in a court settlement. He still retained enough Facebook stock to be a billionaire and now lives in Singapore.

While Mr. Zuckerberg remains at the helm of Facebook as chairman and CEO, Mr. Moskovitz and Mr. Hughes turned to other ventures.

Mr. Hughes, for example, left Facebook to help run the social media operations of Barack Obama's 2008 presidential campaign. Mr. Hughes then purchased a stake in the New Republic magazine and became its publisher. 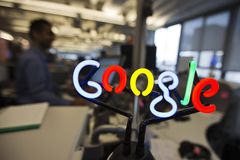