TribalScale, a 130-person digital-strategy and development company launched in 2015, will be the majority investor in the program, putting at least $51-million on the line as it signs up corporate, institutional and angel investors to buy into the program, executives say.

The program, which will blend incubator-style resources with the guidance of corporate heavyweights, will be announced on Wednesday and builds upon TribalScale's history of connecting established companies with innovation-focused products and initiatives. It will focus on three specific tools its executives believe will disrupt traditional industries in the next five to 10 years – artificial intelligence, voice-assistance services and blockchain technologies – across four targeted sectors: financial services, autos, media and travel and hospitality.

"The entrepreneurial side and the corporate side are looking for common ground," said Roger Chabra, TribalScale's chief innovation officer, in an interview earlier this week. "This venture-studio program is a great place to do that."

TribalScale has set a target of offering $500,000 in cash and in-kind services to accepted companies, with the promise of follow-up capital to help graduated startups get on their feet. The 14-week program will take entrepreneurs through the initial ideas phase to the development of a minimum viable product in exchange for an equity stake, the size of which will change on a case-by-case basis.

Mr. Chabra was a long-time venture capitalist, most recently serving as a partner at Rho Canada Ventures, but says the new venture studio will not operate as a venture-capital fund, or even an incubator. This, he said, is in large part because legacy companies will be involved with the entrepreneurs from day one, guiding them through each phase to develop products that help solve existing business problems.

TribalScale plans to bring in early-stage startups with less than a quarter of a million dollars in financing that hope to build out a product or pivot into a direction that might align with a partner corporation's strategy. But it will also bring in entrepreneurship-minded people with fresh ideas, Mr. Chabra said: "Over time the leadership team of the company gets formed from the resources at TribalScale, external resources, entrepreneurs in residence or executives in residence."

Those startups that do partner with a larger company during the program are not expected to be acquired, he continued.

With the venture studio, large businesses "can leverage all the experience that we've been able to build working with multiple partners around the world," Ms. Stewart said in an interview. "This is the kind of vision statement for this venture-studio program: We can see building out corporate innovation labs for them within this system."

The venture studio's launch formalizes a line of business TribalScale has already dipped into. Among its early startup partners, the company says, were fintech company Vouchr and HR-tech firm WorkTango.

Ms. Stewart, a former Twitter and CBC executive, left her previous role as chief strategy officer of social-content company Diply late last year and was exploring ways to get into the startup world when the opportunity to join TribalScale as president and chief revenue officer arrived. The company's efforts have generally focused on helping legacy companies with digital innovation, developing mobile apps for clients including ABC News and voice "skills" for Amazon.com's Alexa on behalf of clients such as the CBC and the PGA Tour. 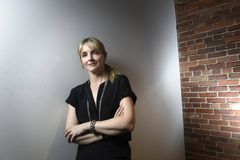 How to transition smoothly when scaling your business
December 14, 2017 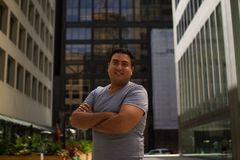 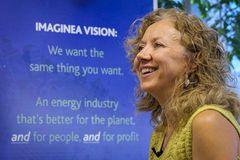