A Canadian startup's planned journey to the edge of space began with cattle on the ground Down Under.

Helios Wire, the latest venture for Vancouver tech and finance veteran Scott Larson, is racing to build a global satellite communications network to feed and connect the expanding array of sensors known as the Internet Of Things (IoT).

It all began with a phone call.

"A guy I knew called up and said what do you know about spectrum," Mr. Larson says.

Not much it turned out. But he does know about bootstrapping a satellite company, having recently stepped aside as CEO of UrtheCast, a Vancouver-based firm that provides high-definition imaging from space. UrtheCast started in 2010 after Wade Larson (Mr. Larson's brother and current UrtheCast CEO) placed a similar call to ask if he knew much about putting cameras on the International Space Station. Now, UrtheCast trades on the TSX and expects to book just under $60-million in revenue for 2016.

Mr. Larson's plan for Helios Wire – having acquired the use of spectrum, originally reserved for cattle tracking in Australia, through a partnership with Sirion Global – is to raise $10-million to launch a mobile satellite system by 2018 using 30 MHz of the S-band spectrum, enough bandwidth to potentially service five billion transmitters. The plan is to deliver a two-way communications from space for potential IoT customers in transportation, security/public safety, energy, industrial and agriculture.

Here's what Mr. Larson had to say about the new venture:

How does a startup compete in space where budgets run into the billions?

Space is expensive … no doubt about it. If we can build 25 satellites for $75-million, that 5 per cent of the cost of the rest of the industry. We think given our cost structure there's an incredibly profitable business here, look at agriculture: that industry is going to install millions of sensors.

How do you differentiate from IoT tracking offered by terrestrial wireless providers?

It's implied for things that are remote – we don't have too much traction in urban areas – and things that are mobile. It's not always on, the latency isn't zero; it's probably not tracking your car, tracking your kid. If we can charge a dollar or three dollars a month per sensor, we think there's a huge sector of the market that will be happy with that.

This kind of spectrum isn't auctioned like terrestrial wireless, how long do you have it?

We have until 2019, about 3 years from today. There's enough time to get the first couple satellites up. [Helios has rights to the eastern hemisphere, covering Asia-Pac region and some parts of Eastern Europe. By contrast, Echostar which has the rights for the same spectrum on the western hemisphere, and is a global provider of high-bandwidth radio and telecommunications signal. In 2015, it spent $700-million in capital expenditures on its constellation, compared to $3.1-billion in revenue for the year].

What are the advantages of this spectrum?

Our satellites would be 600-700 km up, and can be used for all sorts of things. Take tracking elephants and rhinos in Africa: right now they use GPS, these tags only last a couple years. Our transmitter doesn't use GPS, it uses triangulation, so the batteries last for 10 years. What we'd like to do is get the cost of these tags down to $5, right now they are specced out at $35-$40 range.

UrtheCast to buy two satellites as part of plans to provide data from space
June 22, 2015 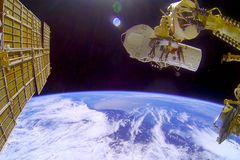 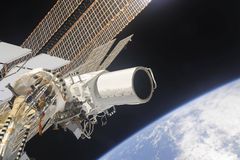 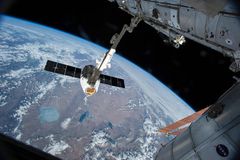