One of Canada's most successful startups, Vancouver-based online video company BroadbandTV Corp., has been put on the block by its majority owner, European media conglomerate RTL Group, setting the stage for a transaction that could value the unit at $1-billion (U.S.) or more.

Luxembourg-based RTL said it has "decided not to exercise the call option for the remaining 49 per cent [stake] in BroadbandTV" it doesn't own and will jointly explore "all strategic alternatives" with minority shareholders. RTL has hired investment bank Liontree to run the process.

"Management has to make a decision whether we step up and for what price, or look for opportunities to best unlock the value of this company that is rapidly growing," said RTL spokesman Oliver Fahlbusch. "That's what we did."

BroadbandTV's 37-year-old founder and head, Shahrzad Rafati, said "all options are on the table …including an IPO." She maintained the company is worth "definitely 10 figures" – though neither she nor Mr. Fahlbusch disclosed whether RTL agreed with her view. She said the minority shareholders – of which she is the largest – are working "closely and collaboratively" with RTL on the process. "I'm very excited about the outcome. We're just getting started."

There's little question the company is worth vastly more than when the Iranian-born Ms. Rafati sold 51 per cent to RTL in June, 2013, for $36-million. BroadbandTV owes most of its success to its hard-driving, rapid-fire founder, one of Canada's most successful female and first-generation immigrant technology entrepreneurs and a relentless deal-maker who is a favourite on the international speaking circuit.

Since the 2013 deal, the online video space has seen huge expansion, led by BroadBandTV, which has grown to become the world's largest "multi-platform network" with 22 billion views online per month of videos from its 85,000 network partners, ranging from the National Basketball Association to The Huffington Post. Its combined online properties, including channels on YouTube, boast the third-highest video viewership globally after Google and Facebook, according to media measurement and analytics company comScore.

Meanwhile, other recent deals in the space point to a big valuation for BroadbandTV. Verizon last April bought 24.5 per cent of rival YouTube content provider AwesomenessTV for $159-million (U.S.), valuing the company at $650-million, double its value the previous time a stake in the company changed hands 16 months earlier. That followed a May, 2014, deal by Walt Disney Co. to buy Maker Studios Inc. for up to $500-million plus bonuses worth up to another $450-million. Broadband surpassed Maker in traffic more than a year ago.

Ms. Rafati said BroadBandTV registered 206 billion video views in 2016 – up 246 per cent from the same period a year earlier – while revenue, which was not disclosed but is believed to exceed $100-million, has increased 20-fold since 2012. That made BroadBandTV one of the fastest-growing segments within RTL.

RTL had a call option under its 2013 deal to buy the rest of BroadBandTV, and started the process last June, obtaining a fair-market-value assessment. Mr. Fahlbusch said "management made a decision not to pay" the assessed value by a Jan. 31 deadline, triggering the review. "Is it too high? Is it too low? We will see," he said. "That's why we launched this [strategic] process," expected to conclude this year.

BroadBandTV's minority shareholders are now entitled to start a process to sell their stake, offering first right of refusal to RTL. If RTL declines, the conglomerate's stake can be "dragged" into a sale of all of BroadbandTV "at a consideration per share at least equal to the consideration offered to RTL Group," according to RTL's financial statements.

Ms. Rafati suggested her firm would have little trouble going it alone, as the unit, with 400-plus employees, has remained a stand-alone entity within RTL. "That makes us really unique and attractive for an investment," she said. 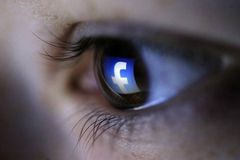 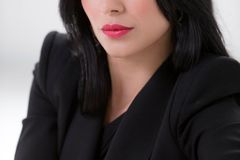 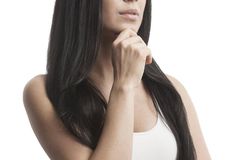