The next smash hits to emerge from the realm of fan fiction might be nurtured by a Toronto-based app for online writers, and U.S. media giant NBCUniversal wants to tap into those stories at the source.

Wattpad, where 45 million readers share and comment on stories, has inked a new partnership with Universal Cable Productions (UCP), a division of NBCUniversal Cable Entertainment, to develop projects from millions of chapters of stories published by users each month.

This week, Wattpad is celebrating its 10th anniversary. But it is a new division launched in April, Wattpad Studios, that is forging relationships with entertainment heavyweights such as UCP, securing a new source of revenue aside from advertising.

The UCP deal is the latest step in Wattpad's attempt to transform itself from an app-maker to a full-fledged entertainment company. But it also signals a growing desire among film and TV producers to build a pipeline to online communities that can be testing grounds for ideas and a place to grow a devoted following before a story reaches the mainstream.

Read more: Anna Todd's novel was 'read' more than a billion times thanks to Wattpad

Wattpad Studios was created to co-produce stories for film, TV and on other digital platforms with established entertainment brands. In June, Wattpad struck a deal with Turner Broadcasting Systems Inc. to develop stories in the horror genre.

The new pact with UCP, which covers categories such as mystery, teen and science fiction, is a multiyear agreement that will put at least five projects into development, and could be extended.

The source material comes from Wattpad's vast trove of user-generated stories, largely fan fiction in genres such as romance, science fiction and vampires. The app lets users comment line-by-line on stories, giving writers instant feedback on the passages that hit home or the characters that could be killed off. Wattpad crunches fine-grained data to ensure the best stories and writers rise to the surface.

"It's next to impossible to keep up with the volume," said Allen Lau, Wattpad's co-founder and chief executive officer. "We have to rely on machine learning to analyze the stories to help us identify the next Harry Potter, the next Hunger Games, the next Twilight, much earlier in the cycle."

As big studios look beyond their traditional development pipelines, Wattpad is pitching itself as a gateway to unheralded writers with stories that could break out, but who don't have an agent or know the right people to open doors in Hollywood.

"It isn't simple for a studio to hear your idea or your pitch, and they make it not simple because otherwise there'd be millions of people just trying to send me stuff all day long," said Dawn Parouse Olmstead, executive vice-president of development for UCP and Wilshire Studios. "Very distinctive and authentic is what we're looking for, and Wattpad has that in spades."

Hollywood is heavily dependent on sequels and spin-offs to drive gross revenues, which breeds an aversion to risk-taking. Wattpad wants to create those blockbuster franchises, but aims to increase the diversity of stories in development in the process. "Our community is great about creating new universes," said Aron Levitz, head of Wattpad Studios.

The continuing shift in viewership from fixed TV schedules to on-demand online content also allows for more variety in formats, breaking the 22-episode standard in favour of shorter mini-series and serialized stories.

"We are much more in a sort of novelistic world where there are no rules," Ms. Parouse Olmstead said. "Now more than ever, we need to show on television the underrepresented people, causes, ideas. And a lot of times they just aren't in Hollywood."

Wattpad, in turn, will use the writing and revising taking place inside the app to promote new shows to its own users before the TV premieres.

"You've turned development into marketing. Now, the writers' room is helping sell the show before it's even out there," Mr. Levitz said. 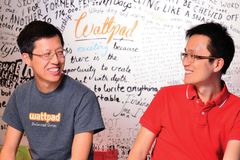 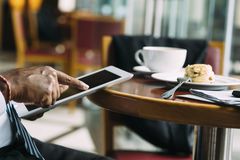