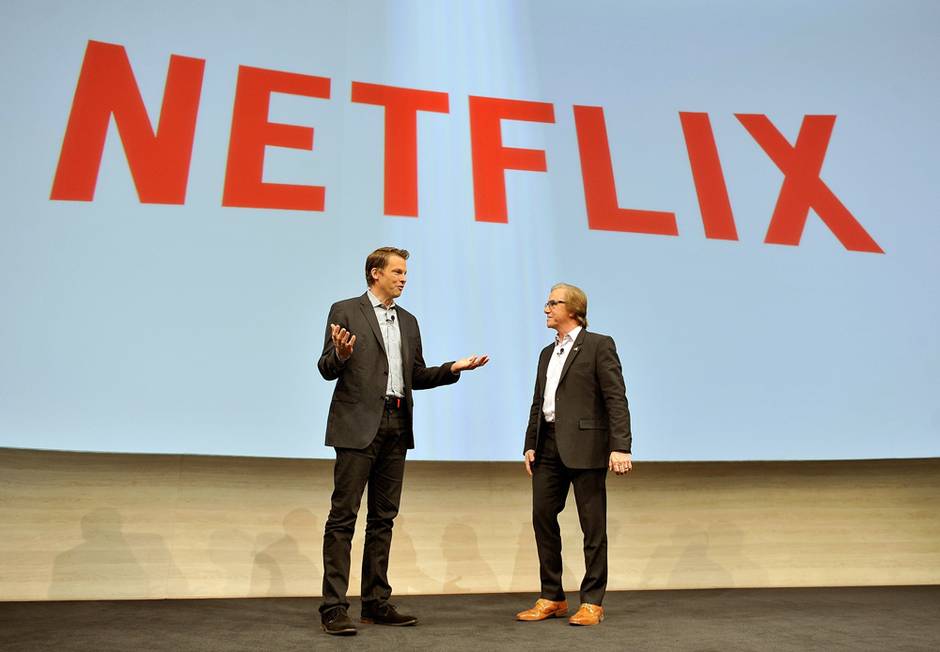 Rumours, since denied, that Netflix is about to start cracking down on customers using software to disguise their physical location were met with shock, fury and a little confusion this week. Wait, some asked, why would any Canadian pretend they lived in America for the purposes of watching TV over the Internet?

What am I not getting?

The open secret among Canadian Netflix subscribers is that the grass really is greener on the other side of the border. On just about any story we write about Netflix here at The Globe and Mail you will find that the first or second comment left by readers will be a variation of “Get VPN and you can watch U.S. Netflix!” There are dozens of services you can use to trick Netflix into showing you what the Americans are watching.

For example: In January both U.S. and Canadian Netflix got the entire Friends library, a welcome addition if you miss Ross and Rachel or wonder if Chandler. Can. BE. Any. More. Dated?

Stuff we won’t be getting in Canada? SyFy’s Z Nation, Being Human (U.S. version) season four, The Fall season two, Beauty & the Beast season two. As of late 2014 we also weren’t getting the latest seasons of Parks and Rec, Sons of Anarchy, Arrow and Hart of Dixie. Not to mention a whole bunch of Woody Allen movies. 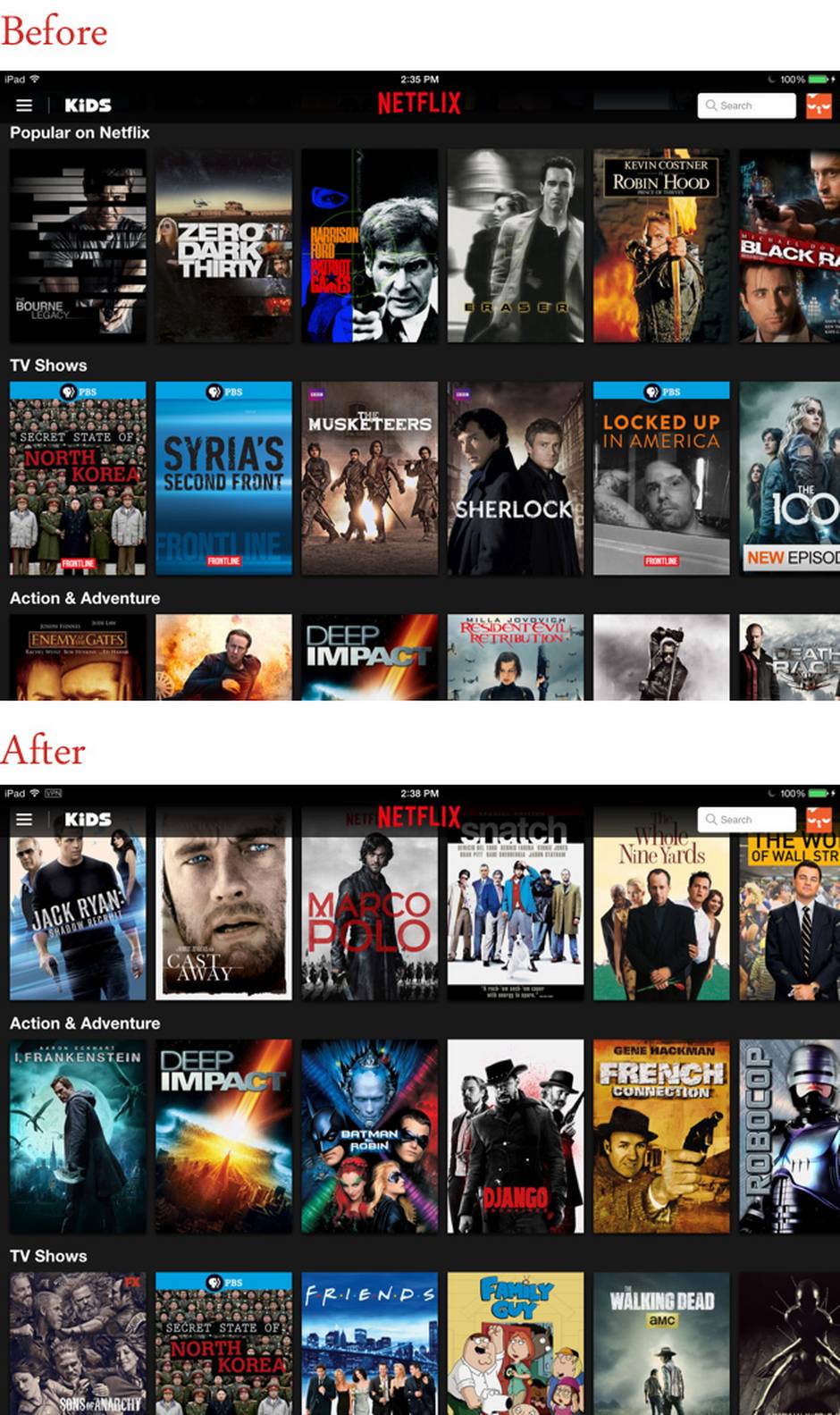 A screengrab of Canada's Netflix library (top) and the U.S. library with VPN tuned on.

How are Canadians getting foreign Netflix?

The most popular method is DNS masking to hide your location. When you try to connect to a website on the Internet you are almost certainly using the Domain Name System, or DNS, to do so. If you type Netflix into your browser, the local DNS server will point you right to that site, and it’s just a faster and easier way to get there than typing in the direct Internet Protocol address like this 199.246.67.250.

Your computer also has an IP address, and the DNS server passes that information on to the end site so it can tell where you are from. This locates you in physical, and Internet space. Some sites block IP addresses from certain regions from accessing certain types of content so that users from, say, Canada, can’t watch John Stewart’s Daily Show videos or entire services such as Hulu. Netflix also uses your IP address to define its library of shows based on geography. 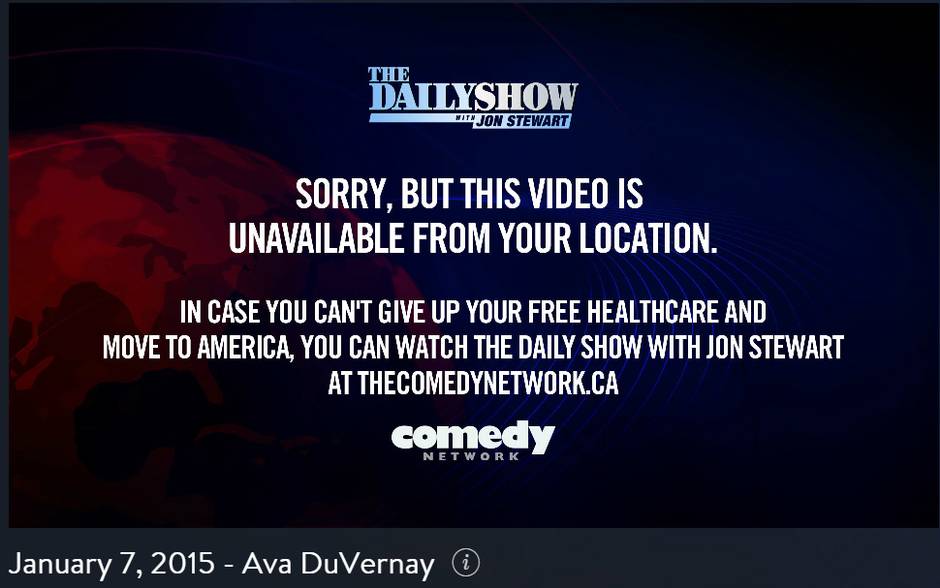 For as little as $5 a month services like Toronto’s UnoTelly or Barbados-based Unblock-us.com manage their own DNS servers that you can log in and access Netflix from an IP address that is not blocked. This process masks your location: Suddenly you appear to be in Youngstown, Ohio, instead of an apartment building on Yonge Street in Toronto. That grants you to access that sweet American pie, er, movies and TV shows not available in your region.

Nicholas Lin, founder of UnoTelly, has a working assumption that a third of Canadian Netflix subscribers access the U.S. catalogue somehow, and that about 200,000 people in Australia have been using Netflix despite the service not having launched there yet. One of UnoTelly’s largest customer bases is in South Africa. Canada is just in its top five. Launched in 2011, UnoTelly doesn’t take any responsibility for you violating your terms of service with Netflix – they provide you the means to do so, but they haven’t signed anything with Netflix, you did. “We are very upfront with our customers when they have access to our services,” says Mr. Lin. Moreover, “We don’t anticipate Netflix taking action against the end user.”

Make no mistake: Netflix knows you’re doing this, it will often flash a message to users, “Travelling with Netflix?” when only your IP address is on a trip. 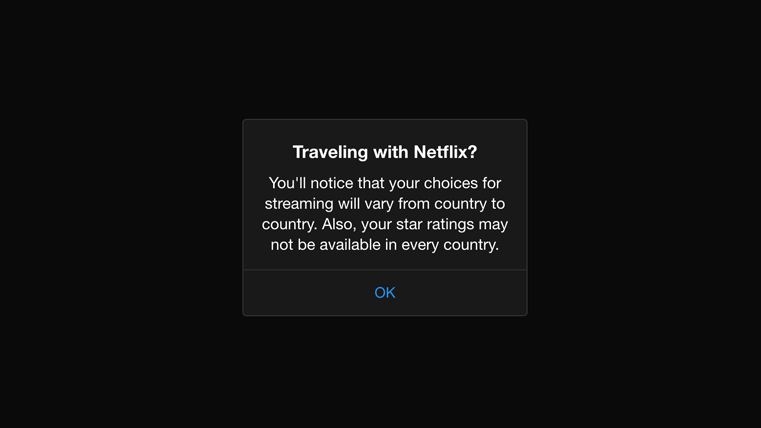 A Virtual Private Network is just a set of private, encrypted connections hosted on a larger network (usually the Internet). Think of it like a tunnel that takes you to a different place on the web. Let’s say you are at home and you want to log in to the office network to access files or software stuck behind a corporate firewall. Or you want to access a Netflix server in Denmark so you can watch Dallas Buyers Club.

Using software from a VPN provider, you can get access to that other local area network (LAN). It’s also more private than DNS masking, because now, not even your ISP will know what you’ve been up to, just that you’ve been connecting to one end of a VPN. Where you come out on the other side will be a mystery to them. On the other hand, you often lose some of your bandwidth, so your streaming speed can suffer.

There are many VPN providers, some come as part of a Usenet (such as VyprVPN from Giganews), some are standalone like privateinternetaccess.com or TorGuard. You pay these guys, and they move your surfing around to different locations. You can set up a VPN at your router, so all your connected devices are pushed through VPN, or you can set up connections from individual machines.

But you may not want to change your DNS permanently or always VPN tunnel to other countries: There are online services and content offered inside Canada that are geoblocked elsewhere, Downton Abbey for instance is available in Netflix Canada but not in the U.S.

How do I find the stuff I’m missing out on?

A fun (or depressing) game you can play on sites like Moreflicks.com is browsing which movies or TV shows are available on streaming services in which nations.

There are 53 million Netflix users worldwide and there are slightly different versions of the Netflix library in every nation: So there’s a Netflix for Austria, Belgium, Denmark, Finland, France, Ireland, Germany, Luxembourg, The Netherlands, Norway, Sweden, Switzerland and the United Kingdom. Not to mention 43 countries in Latin and South America.

In the U.K. you can watch Draft Day starring Kevin Costner (a rare 2014 movie, which is already on U.S. Netflix), and later this month Disney will be showing Aladdin. Also, the AMC Breaking Bad spinoff series Better Call Saul will be available for streaming when it debuts in February – in the U.S. and Canada we’ll have to wait until the season finale. Pro tip: Don’t sleep on Netflix Denmark: They have Matthew McConaughey‘s Oscar-winning Dallas Buyers Club this month.

Why all this variation? Technology writer and columnist Ivor Tossell explained it well the other day:

Netflix catalogues are different in different countries because licensing deals are split between different countries. A media owner might have sold the rights to broadcast a piece of video to a Canadian media company. If Canadians watch that content on Netflix instead of through the channel that paid for the Canadian rights, that channel loses out on the putative revenue it would have generated – say, from advertising on its own site.

But is faking a U.S. IP address illegal?

Lawyers say is it unlikely that using a VPN to access U.S. Netflix or other similar foreign services could be considered a breach of U.S. or Canadian copyright law – although they agree that such a longshot argument could be made.

“There is an argument that could be made that you are circumventing ... the technical measures that protect the content‎,” said David Fewer, a law professor at the University of Ottawa who heads the Canadian Internet Policy & Public Interest Clinic. “I said it’s an ‘argument’ because I don’t think it’s a very good argument at all.”

Prof. Fewer said he doubts that the use of a VPN qualified as the breaking of a digital lock on a device designed to prohibit unauthorized copying, since it merely cloaks a user’s IP address.

Lawyers agree that the practice could violate Netflix’s “terms of use,” or the contract the company has with its consumers, as the company itself has said. But the ramifications of breaking these terms for consumers are few, as lawyers doubt Netflix would ever find it in its interest to try to sue its paying customers.

Ottawa intellectual property lawyer Howard Knopf, with Macera & Jarzyna LLP, said the pressure must be coming from the copyright holders.

“This is another manifestation of that good old Canadian phenomenon known as cross-border shopping in a free market.

“‎Some Canadian rights owners and licensees seem to think it’s smart to limit Canadian choice and raise Canadian prices. Maybe they are being shortsighted or greedy but that’s what they try to do,” Mr. Knopf said.

There has also been some speculation in the United States that using a VPN to hide your IP address could fall afoul of an obscure U.S. law, the Computer Fraud and Abuse Act (CFAA). In 2013, a U.S. federal judge in California ruled that a company that used a VPN to defy a ban and continue “scraping” apartment rental-data from the classified-ads site Craigslist had violated the CFAA. But legal experts disagreed on whether the ruling could have any broader implications.

So all this running around is just for Netflix? 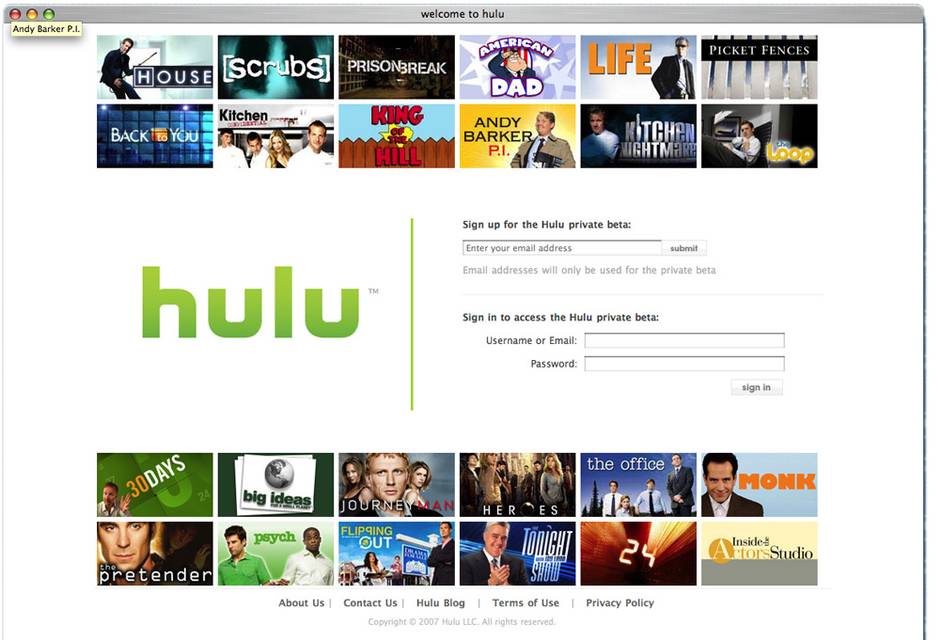 Right now, mostly yes. Sandvine, a network equipment provider that compiles a lot of data on how we’re using our Internet capacity, reported in November that “Netflix is the leading application in Canada, and on select networks, can account for between 30-40 per cent of downstream traffic in the peak evening hours. Three years ago, Netflix accounted for just 13.5 per cent of evening traffic in Canada.”

In North America Amazon Instant Video (available as part of a $99 a year Prime subscription in the U.S.) is the number 2 paid streaming service, with about 2.6 per cent of downstream traffic (double what it was 18 months back). HBO Go was just 1 per cent of traffic.

But the arrival of new streaming content in the U.S. could tempt Canadians into the IP spoofing game. HBO Go is going to untether itself from cable in 2015, offering an Over The Top service (which means you can just log in and watch almost any device). Also going OTT in 2015 is CBS All Access ($6 a month) and just announced Sling TV (a $20 a month collection of cable channels including ESPN from the Dish Network). There’s already Hulu Plus ($8 in the U.S. featuring TV content from Comcast, Fox and Disney) and blacked-out-in Canada streaming sports like MLB.tv. 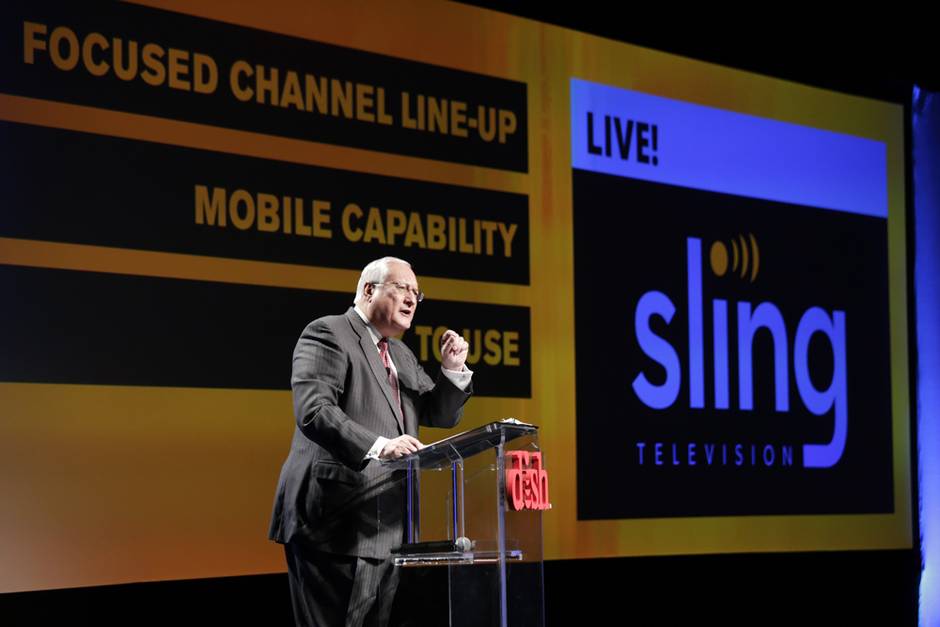 So-called cordcutters who ditch cable or satellite TV subscriptions and switch to streaming over the Internet (and maybe some free live TV from an HD antenna) typically describe themselves as frugal. They don’t want to overpay for a bunch of junk they don’t want. But the more OTT services there are out there the more the final price might start looking more like a traditional cable package.

Which leaves the content. The main argument for hiding your IP address from geoblocking streaming service is simple: People just want to watch something good on TV. Whether any of the copyright holders or service providers want to keep turning a blind eye is the question.

CORRECTION: An earlier version of this article said Unblock-us.com is located in the Bahamas. The company is based in Barbados.