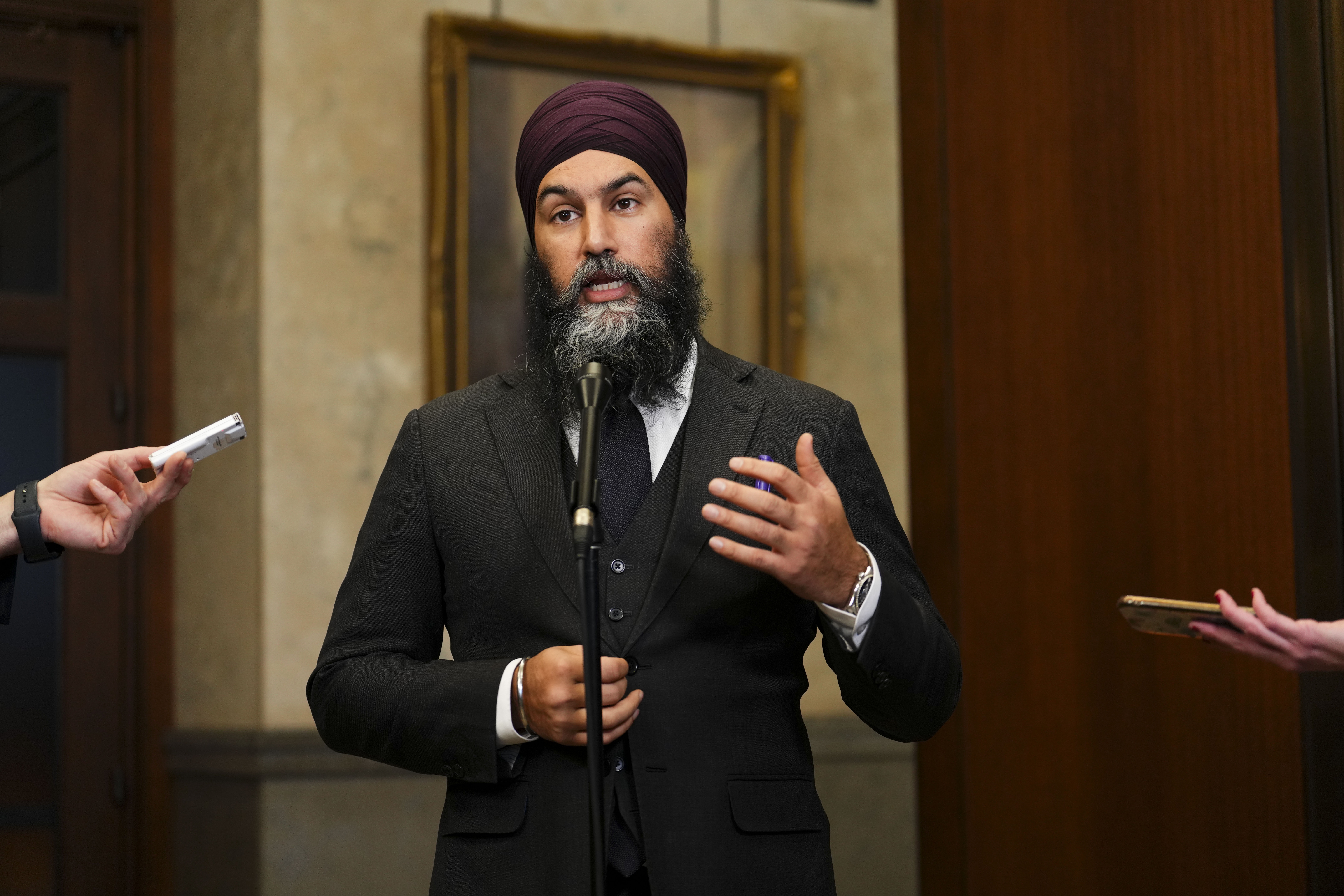 As NDP Leader: First elected as an NDP MPP in the Bramalea-Gore-Malton riding during the 2011 election, becoming the first turban-wearing Sikh to sit in the province’s legislature. Mr. Singh moved to federal politics in 2017, successfully running to replace outgoing NDP leader Thomas Mulcair. In 2019, he ran in a by-election in the B.C. riding Burnaby South, which he has held since.

Jagmeet Singh Dhaliwal was born in Scarborough, Ont., the eldest of three children to Harmeet Kaur and Jagtaran Singh. The family moved to Newfoundland for his father’s schooling, before returning to Ontario and settling in Windsor. Singh graduated from Western University and Osgoode Hall Law School, then practised as a criminal defence lawyer in Brampton. Mr. Singh married Gurkiran Kaur Sidhu in 2018, and they welcomed a daughter in January, 2022.

The son of Indian immigrants, Jagmeet Singh grew up in Scarborough, St. John’s and Windsor. His 2019 memoir, Love & Courage, described a wealthy upbringing clouded by difficulties living with an alcoholic father, who worked as a doctor and psychiatrist. Mr. Singh revealed in the book that he was sexually abused as a young boy by his taekwondo instructor and frequently faced racism and bullying.

The NDP website says Mr. Singh’s “early experiences are what shaped him and fuel his passion for justice.”

He later earned a law degree from Osgoode Hall and practised law in a firm with his brother, Gurratan Singh.

After an unsuccessful May 2011 run in the federal riding of Bramalea-Gore-Malton, he won a seat in the Ontario legislature later that year. He was named deputy Ontario NDP leader in 2015. Two years later, he won the leadership of the federal NDP and then a federal seat in the B.C. riding of Burnaby South.

In his first campaign as national leader, the NDP won 24 seats in 2019 – down from 44 in the 2015 campaign under Thomas Mulcair. The 2021 vote produced similar results, electing 25 New Democrat MPs.

The seat count is enough for the NDP to hold the balance of power in the minority Parliament, which it has used to secure a supply-and-confidence agreement with the Liberals. The government has agreed to act on NDP priorities, including new funding for dental care. In exchange, NDP MPs have agreed to keep the Liberals in power until 2025. Both parties have the right to pull out of the agreement at any time.